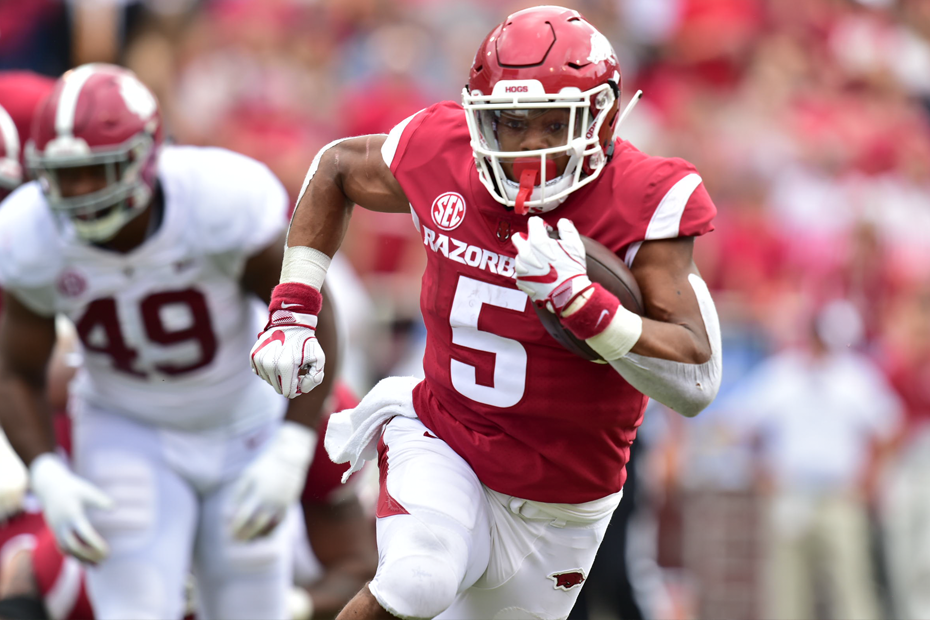 Ty Storey threw an 8-yard pass to Cheyenne O’Grady to put the Razorbacks on the board. The touchdown was O’Grady’s first of the season and fourth of his career.

The Razorback defense made a big 4th-down stop, the second 4th-down conversion Alabama has attempted and the first the Tide has failed to convert.

Cole Kelley threw a 3-yard touchdown to Cheyenne O’Grady, his second of the game. This is the most points Alabama has allowed in the first half.

Connor Limpert made a 41-yard field goal, his first of the game, and is now 8-for-11 in field goal attempts.

Ty Storey threw a 17-yard pass to De’Vion Warren, the first time this season Alabama has allowed more than 23 points in a game.

In the final score of the game, Cole Kelley rushed for a 1-yard touchdown. The drive, beginning at the 22-yard line, was set up by a 78-yard punt return from De’Vion Warren.