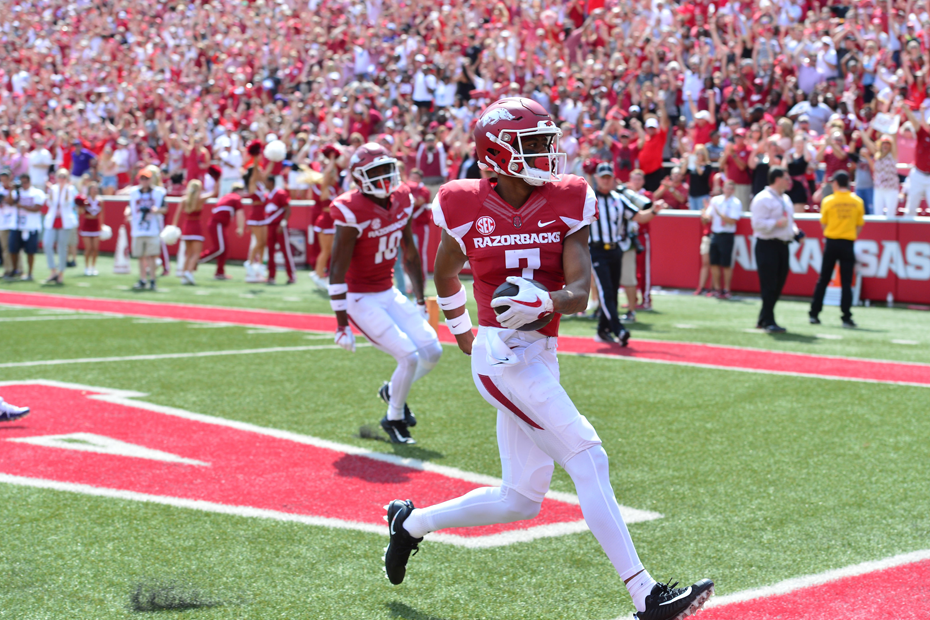 Razorbacks Fall to No. 23 TCU

Arkansas’ offense was unable to move the ball against No. 23 TCU Saturday afternoon, managing just 274 yards of offense while scoring seven points.

The Razorbacks wasted little time responding after TCU took an early 7-0 lead in the first quarter. Junior Jonathan Nance took his first reception of the afternoon 49 yards into the end zone to bring Arkansas even with TCU. Nance finished with three receptions for 75 yards, marking the second consecutive week he’s led the team in receptions.

The 49-yard score was Austin Allen’s longest touchdown pass since Oct. 15, 2016 when Dominique Reed took a 51-yard pass from Allen to the house against then No. 12 Ole Miss.

Junior captain Santos Ramirez came up with his third career interception on TCU’s last drive of the first quarter. Ramirez picked off TCU QB Kenny Hill’s throw deep down the middle, wrestling it away from the wide receiver and returning 16 yards.

The Arkansas defense capitalized on a mistake by TCU, as redshirt freshman Briston Guidry recovered a fumbled snap to give the Razorbacks possession and keep it a 7-point margin early in the second half. The Hogs forced two turnovers, the first of which was an interception by Junior Santos Ramirez in the first quarter.

Junior Dre Greenlaw led the defense Saturday afternoon with a career-high 17 tackles. The defense was strong most of the afternoon, holding the high-powered TCU offense to 14 points through the first 55 minutes of game time.

Up Next
Arkansas returns action on Saturday, Sept. 23, when it travels to Arlington, Texas, at AT&T Stadium to open SEC play against Texas A&M.