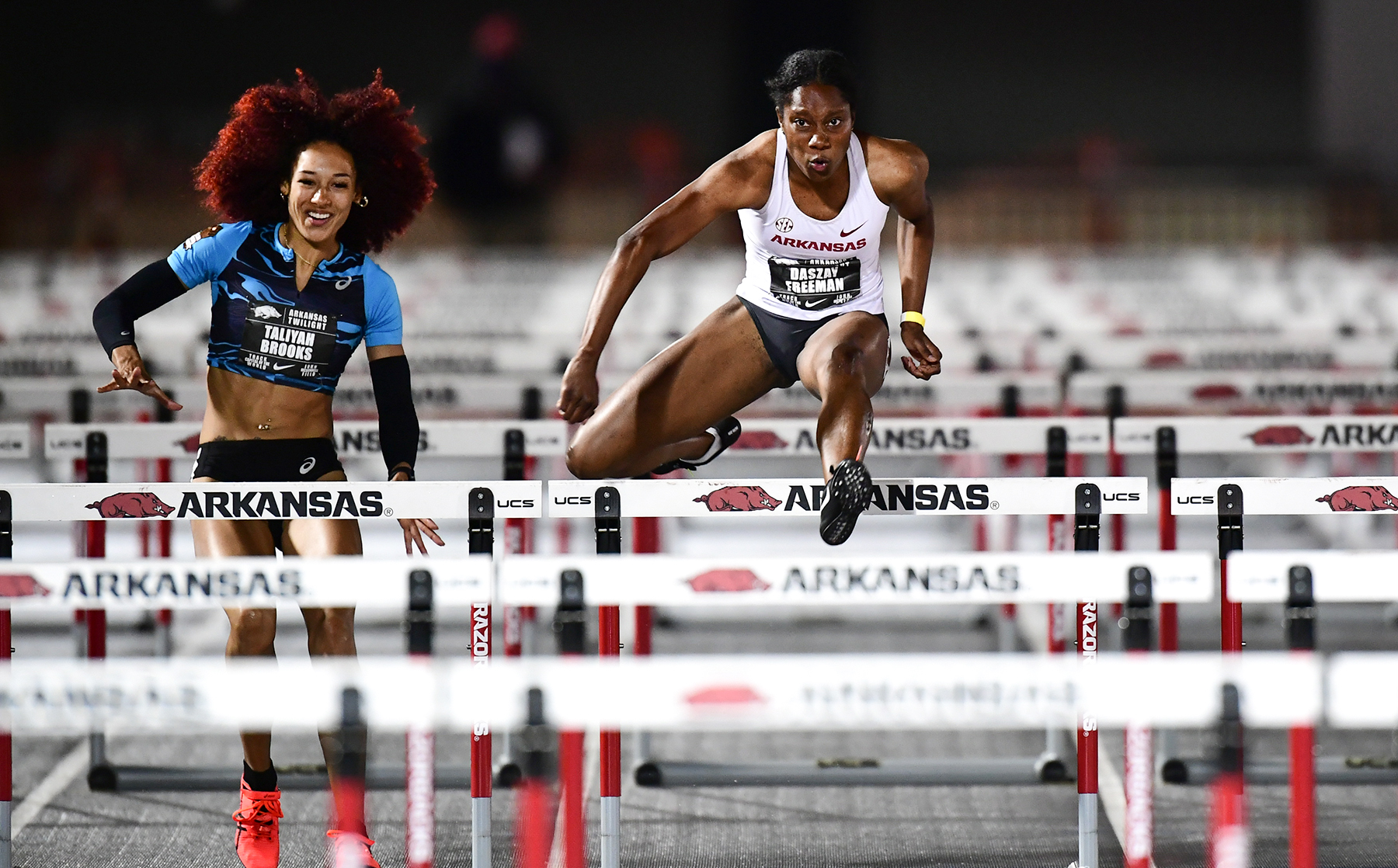 FAYETTEVILLE, Ark. – The Razorbacks produced solid marks during the Arkansas Twilight despite inclement weather which included hail and a lightning delay amid rain showers during Friday’s action at John McDonnell Field.

“I thought our headliners was shared between Daszay Freeman in the hurdles, with both races in difficult conditions, but she ended up setting the meet record, and G’Auna Ewards, who had a solid long jump and then ran two good hurdle races as well,” said Arkansas women’s head coach Lance Harter. “I think that was a good prep for next week’s multi in the conference meet.”

In addition to victories in six events, the Razorbacks swept the top two positions in three events.

“Katie runs a lifetime best to win the 1,500 in 4:16 while Lauren runs 4:18. It’s amazing what Lauren does when she hasn’t been racing recently. Those are all good preparations for ultimately trying to defend our title at the SEC meet.”

Sharika Nelvis ran 13.08 as runner-up to Freeman in the final while G’Auna Edwards placed third in 13.47 and Jayla Hollis finished fourth with a 13.64.

A field of six Razorbacks scheduled for the pole vault was whittled down to just a pair after the lightning delay. Bailey McCorkle cleared 12-8 ¾ (3.88) for the win with Grace Ridgeway runner-up with a 12-0 ¼ (3.68) clearance.

After clearing her opening bar on a second attempt, McCorkle passed the next two heights and had three attempts at 14-0 (4.27).

Arkansas alum Sparkle McKnight claimed her third consecutive 400m hurdle win this season with a 56.82 as she edged the 56.93 by Nnenya Hailey with lean at the finish line.