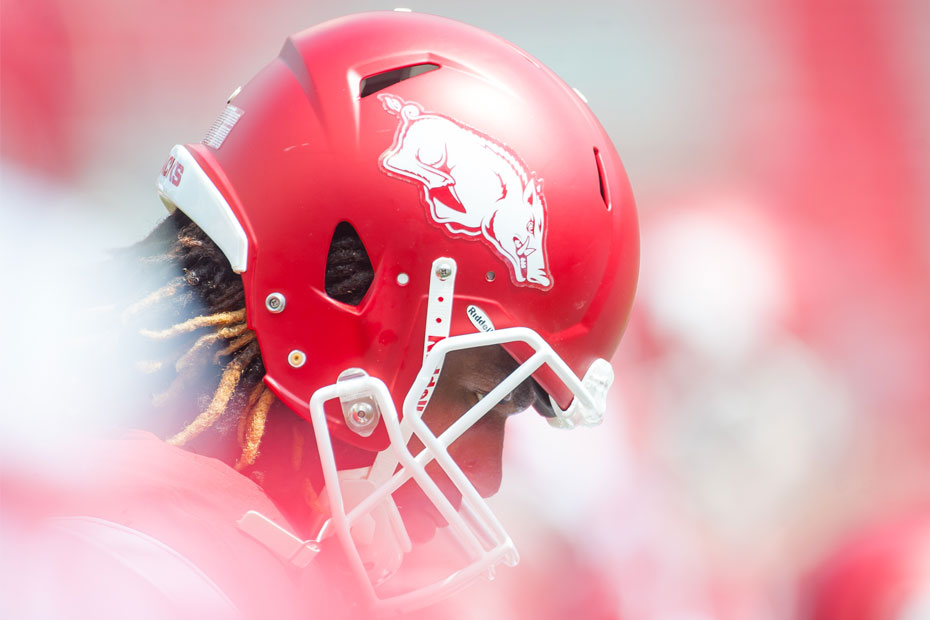 The No. 18 Arkansas Razorbacks will return to Little Rock for 237th time on Saturday when they host Toledo at War Memorial Stadium. A win would give the Razorbacks a 2-0 start to the season for the second time in Bret Bielema’s three-year tenure as head coach.

The Series
Arkansas and Toledo have never met on the gridiron. This will be just the third time the Razorbacks have played a school in the Mid-American Conference. Arkansas defeated Northern Illinois last year, 52-14, and posted a 63-27 victory over Eastern Michigan in 2009.

The Opponent
Toledo is a solid football team that was picked to win the Mid-American Conference. The Rockets have yet to play an official game this season. They played half of one last week against Stony Brook but weather forced the game to be canceled at halftime so an official score and stats were not recorded.

Toledo returns 15 starters from a team that went 9-4 overall and 7-1 in the MAC last year. The Rockets scored 115 points in their final two games, including a 63-44 win over Arkansas State in the GoDaddy Bowl. Quarterback Phillip Ely transferred from Alabama in 2013 but missed most of last season due to injury. All five starters on Toledo’s offensive line from last season were graduating seniors and have been replaced this year.

On defense, the Rockets are very experienced and return eight starters. Of the starting 11, six  are seniors and four are juniors. Toledo is particularly stout up front, where both defensive tackles (Orion Jones and Treyvon Hester) were All-MAC players a year ago. Senior defensive end Trent Voss is the leader, elected captain and defensive MVP of the 2015 GoDaddy Bowl.

Connections
There are few connections between the team. Several players share the same hometown but there aren’t any Razorbacks who played high school football with a member of the Rockets.

However, Arkansas freshman defensive lineman Hjalte Froholdt is very familiar with the state of Ohio. As a sophomore in high school, Froholdt was a foreign exchange student in Warren, Ohio, and joined the JV football team. Froholdt had to return to his native Denmark for his junior year before ultimately playing at IMG Academy in Florida as a senior and enrolling at Arkansas this past January.

News & Notes
– The Razorbacks have won 20 of their past 21 non-conference games in Little Rock.
– Against UTEP, QB Brandon Allen had the fourth-highest QBR of any SEC player in one game in the past 10 seasons.
– Last week, Arkansas had a 300-yard passer (B. Allen), 100-yard rusher (A. Collins) and 100-yard receiver (K. Hatcher) for the sixth time ever.
– Head coach Bret Bielema is 35-2 (.946) in his head-coaching career in non-conference games.
– Arkansas scored a touchdown in each of its first six full possessions against UTEP.
– The Razorbacks are 6-2 when Alex Collins rushes for at least 100 yards.