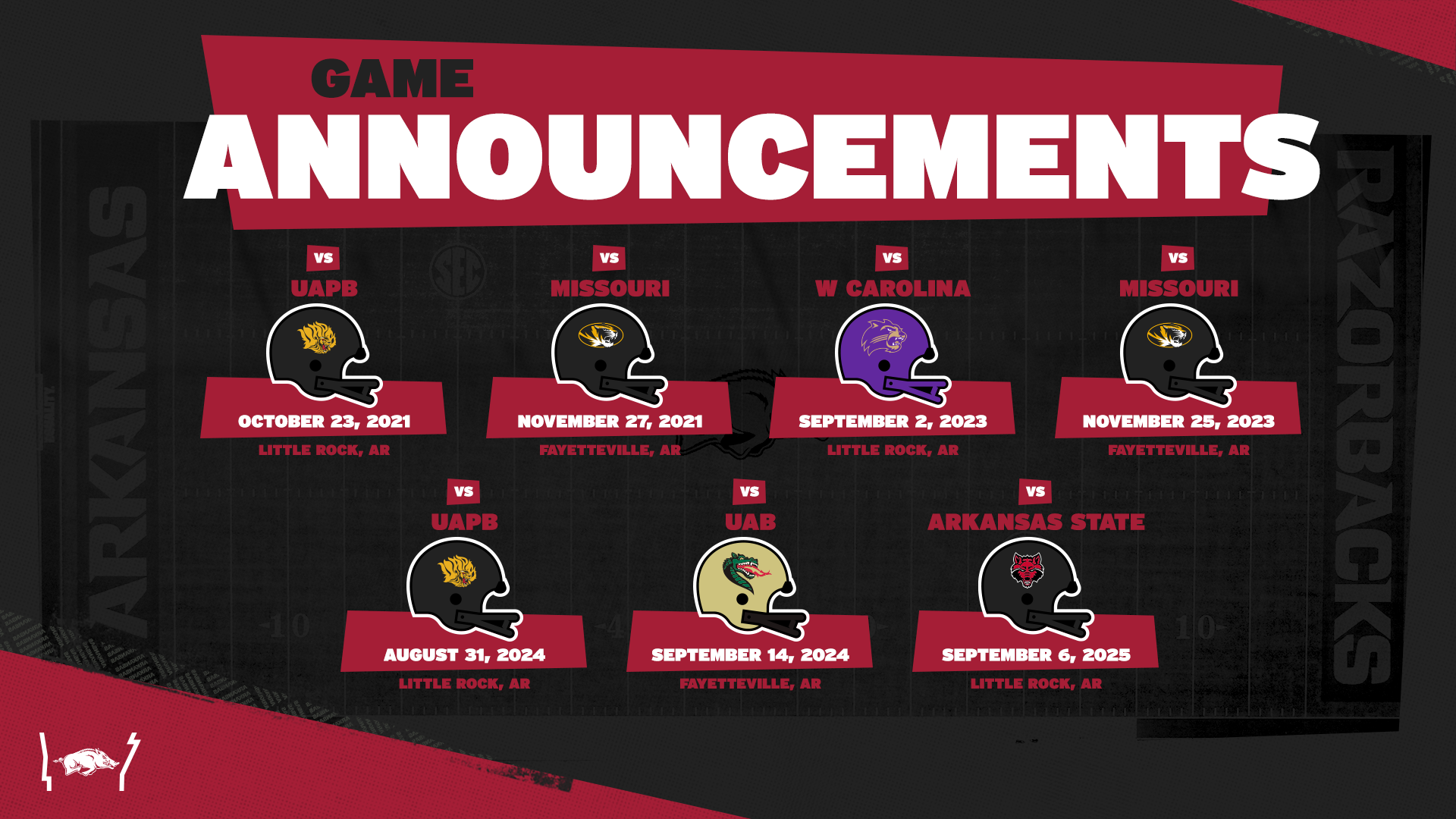 FAYETTEVILLE, Ark. – The University of Arkansas has signed an amendment to an existing agreement with the Arkansas Department of Parks, Heritage and Tourism to bring two additional Razorback football games to Central Arkansas in future seasons and extend the overall agreement through the 2025 season.

Future seasons will see War Memorial Stadium play home to in-state matchups with UAPB in 2021 (October 23, 2021) and 2024 (August 31, 2024) and Arkansas State in 2025 (September 6, 2025). Arkansas will also play Western Carolina (September 2, 2023) at War Memorial Stadium in the 2023 season. As part of the amendment, previously scheduled games against Missouri will be moved to Donald W. Reynolds Razorback Stadium on the University of Arkansas campus in Fayetteville.

“We are grateful to the Arkansas Department of Parks, Heritage and Tourism and War Memorial Stadium for working with us to be able to host some historic in-state matchups at War Memorial Stadium, while also allowing us to host Southeastern Conference games on our campus,” Arkansas Vice Chancellor and Director of Athletics Hunter Yurachek said. “The Razorback program belongs to our entire state and as we have shown in many of our sports, it is important that we continue to maintain a presence in Central Arkansas. It is also essential we provide our coaching staff the opportunity to showcase our campus during SEC games to potential student-athletes.”

“We value our partnership with the University of Arkansas and Razorback Football, and want to contribute to the overall success of the program,” Arkansas Department of Parks, Heritage and Tourism Secretary Stacy Hurst said. “Including U of A vs. UAPB and U of A vs. Arkansas State games beginning this year and through 2025 will present some exciting intrastate competition. We look forward to showcasing an improved venue and to welcoming people from across the state and beyond to historic War Memorial Stadium.”

In addition to the games set for War Memorial Stadium, Arkansas announced it has added a non-conference game with the University of Alabama at Birmingham (UAB) in Fayetteville on September 14, 2024.