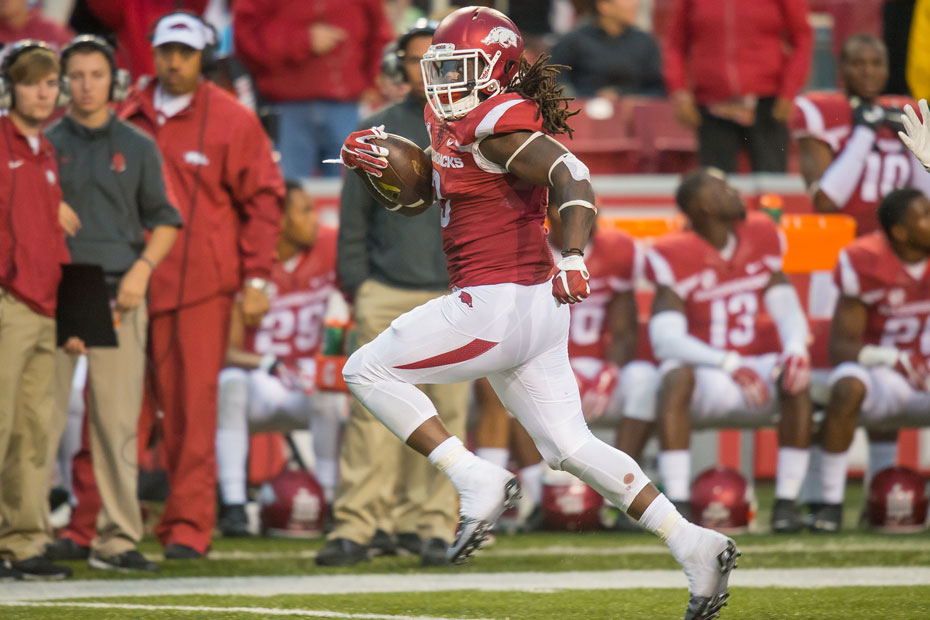 Arkansas returns to SEC league play on Saturday when they travel to Oxford, Miss. to take on the No. 19 Ole Miss Rebels. A Razorback win would be Arkansas’ first three-game winning streak since Sept. 2014 and give Arkansas a winning SEC record (3-2) for the first time since 2011.

The Opponent
Ole Miss is a very talented football team with athleticism all over the field on both sides of the football. Wide receiver Laquon Treadwell is an explosive player, totaling 870 yards on 61 receptions to lead the SEC in both categories. The offense spreads the ball around as six different players have more than 20 receptions this season. Quarterback Chad Kelly leads the SEC with 2,856 passing yards but also leads the SEC with 12 interceptions thrown.

The Rebels are also loaded with talent on defense. Defensive lineman Robert Nkemdiche is a freak and expected to be a first-round selection if and when he declares for the 2016 NFL Draft. Defensive end Marquis Haynes ranks second in the SEC with 7.5 sacks. On the back end, Trae Elston has four interceptions this season, including two that he has returned for touchdowns.

Ole Miss has a lot at stake on Saturday. They control their own destiny to win the SEC West and reach the SEC title game and a win this weekend would keep them continuing along that path with just two games remaining on their schedule.

News & Notes
– This will be the 12th ranked opponent Arkansas has played in its past 14 SEC games.
– Running back Alex Collins is just 40 yards away from topping 1,000 rushing yards for the third straight season.
– Collins is the SEC’s active career rushing leader with 3,086 career yards.
– Arkansas has scored 117 points in their past two games, the third-most in a two-game span in program history.
– For the third consecutive season the Razorbacks are leading the SEC in fewest sacks allowed (seven this year).
– Offensive lineman Dan Skipper has five blocked kicks in his career, tied for the second-most among all active SEC players.
– Arkansas leads the SEC in fewest total punts with just 28 on the season.
– Brandon Allen leads the SEC in passing efficiency (157.6) and yards per attempt (9.12).
– Allen became the fourth player in school history to surpass 6,000 career passing yards last week against UT Martin.