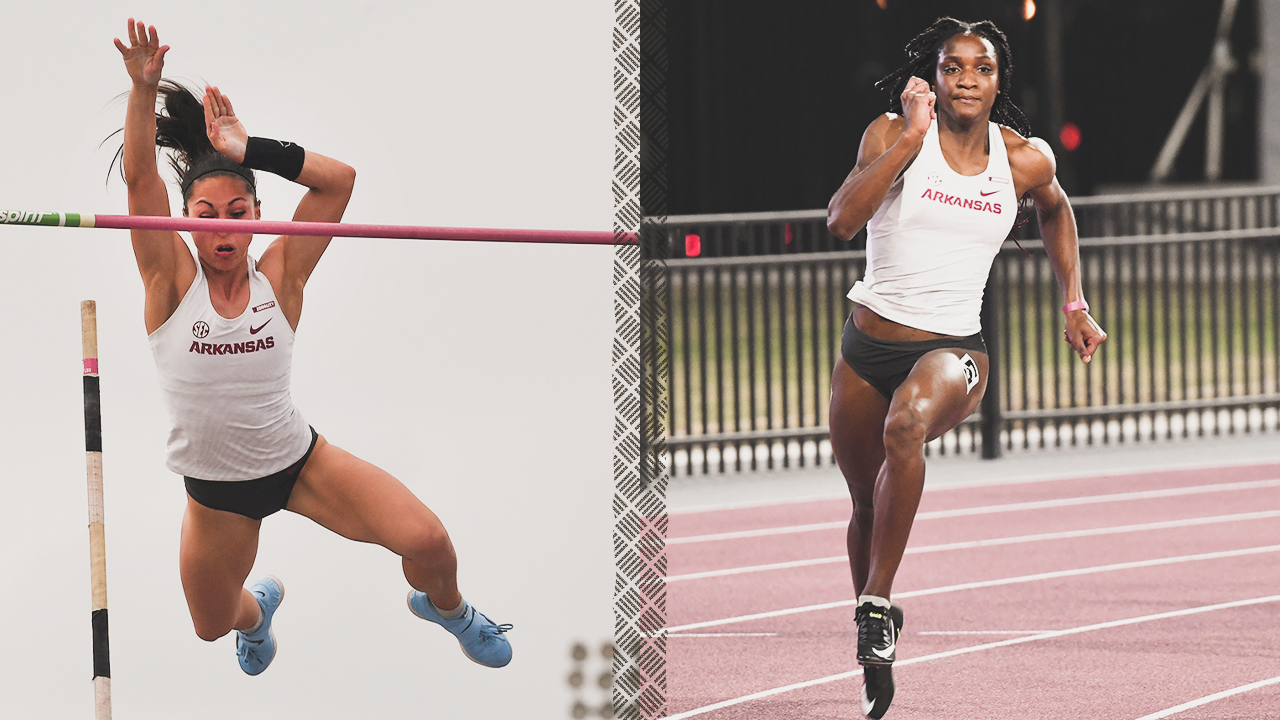 COLLEGE STATION, Texas – Arkansas won two of the three events they contested during the Friday portion of the Texas A&M Team Invitational at EB Cushing Stadium.

Lauren Martinez set an outdoor career best of 14 feet, 2 ½ inches (4.33) to claim the pole vault over teammate Nastassja Campbell, who matched the winning height. Both Razorbacks matched the facility record of the relatively new venue.

In the long jump, G’Auna Edwards matched the winning mark of 21-2w (6.45) but finished second overall based on the three inch difference of her second best mark.

The winning pole vault height for Martinez is an outdoor career best and moves her to No. 9 on the UA all-time list and ranks her fifth on the outdoor collegiate list for 2021. Campbell, who had an extra attempt at 13-6 ½ (4.13) to place her second, is the current outdoor leader at 14-9 ½ (4.51).

Both Razorbacks missed three attempts at 14-6 (4.42) in the very windy afternoon competition where gusts came across the venue over 20 miles per hour.

Edwards moved from fifth place to second place with her third round leap of 21-2w (6.45) that was aided by a +3.9 wind. Texas A&M’s Zhane Smith equaled that distance in the same round, but two fouls on her first two attempts had her in second place to Edwards.

A windy leap of 20-2 ½ (6.16) secured Edwards in the first-place position heading into the final three rounds. Smith then moved into the lead based on her second-best mark from the fourth round, which measured 20-5 ¾ (6.24) with a +2.9 tailwind.

Running in a separate 200m heat, Arkansas hurdler Yoveinny Mota clocked 23.51 (1.4 wind) to win her section and finish third overall. The time ranks Mota fourth on the Venezuelan all-time list. The previous best by Mota was a 24.28 from 2017.

Placing fourth overall in the 200m was another Razorback hurdler, Daszay Freeman, who posted a time of 23.56w (+2.1) to claim her section. Racing in the same section as Wilson and Baylark, Morgan Burks-Magee (23.68w) and Jayla Hollis (23.99w) finished seventh and ninth overall.

Action continues Saturday for the Razorbacks with the 4×100 relay starting things off at 6:30 p.m.