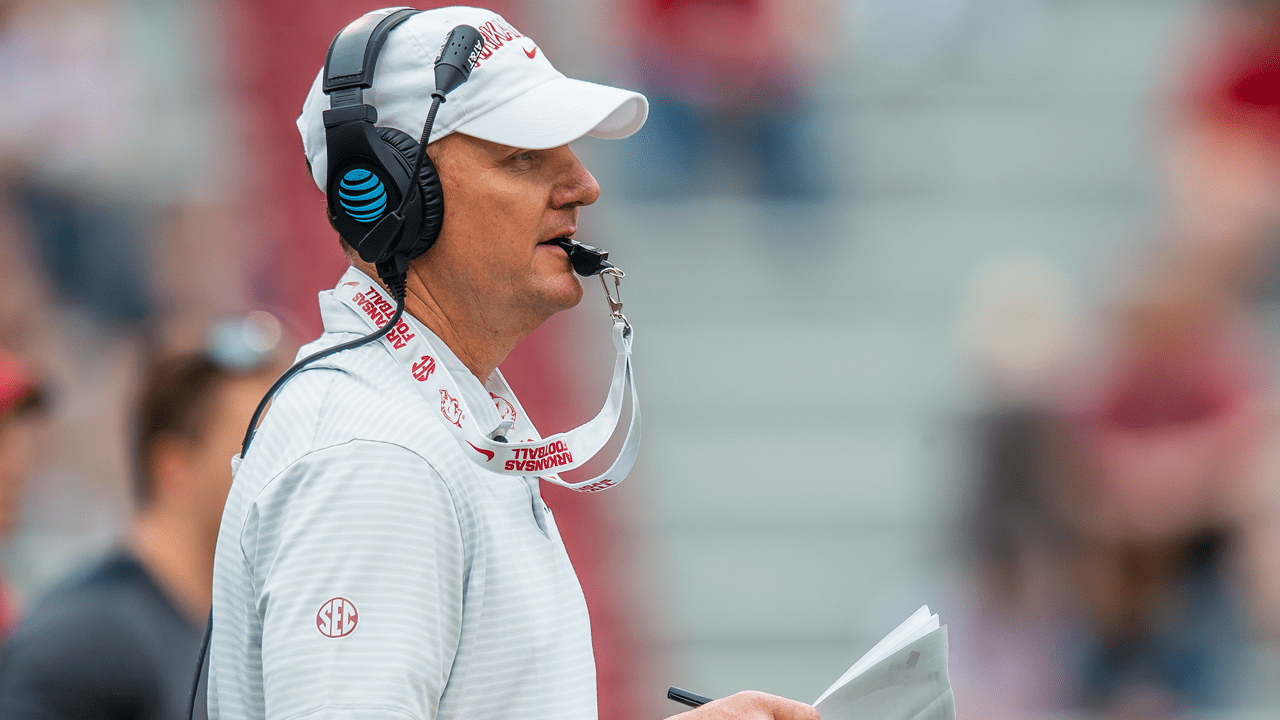 FAYETTEVILLE, Ark.- In the 2019 spring game, a strong performance by the defense led to Red’s 39-33 victory over White.

Following a stout defensive performance by Red to open the game, White got on the board with a 29-yard field goal from Connor Limpert.

McTelvin Agim with the PBU to force an incomplete pass.

A 45-yard pass from Ben Hicks to Trey Knox gave Red its first touchdown of the game.

An interception from Devin Bush resulted in a defensive touchdown and Red extended its lead to 20.

Devwah Whaley scored his first touchdown of the day on an 8-yard run to cut Red’s lead to 14.

With a 23-yard pass from John Stephen Jones, Grayson Gunter scored his first touchdown of the game and cut Red’s lead to one score.

In the final play of the game, Jackson Salley scored on a 13-yard run.