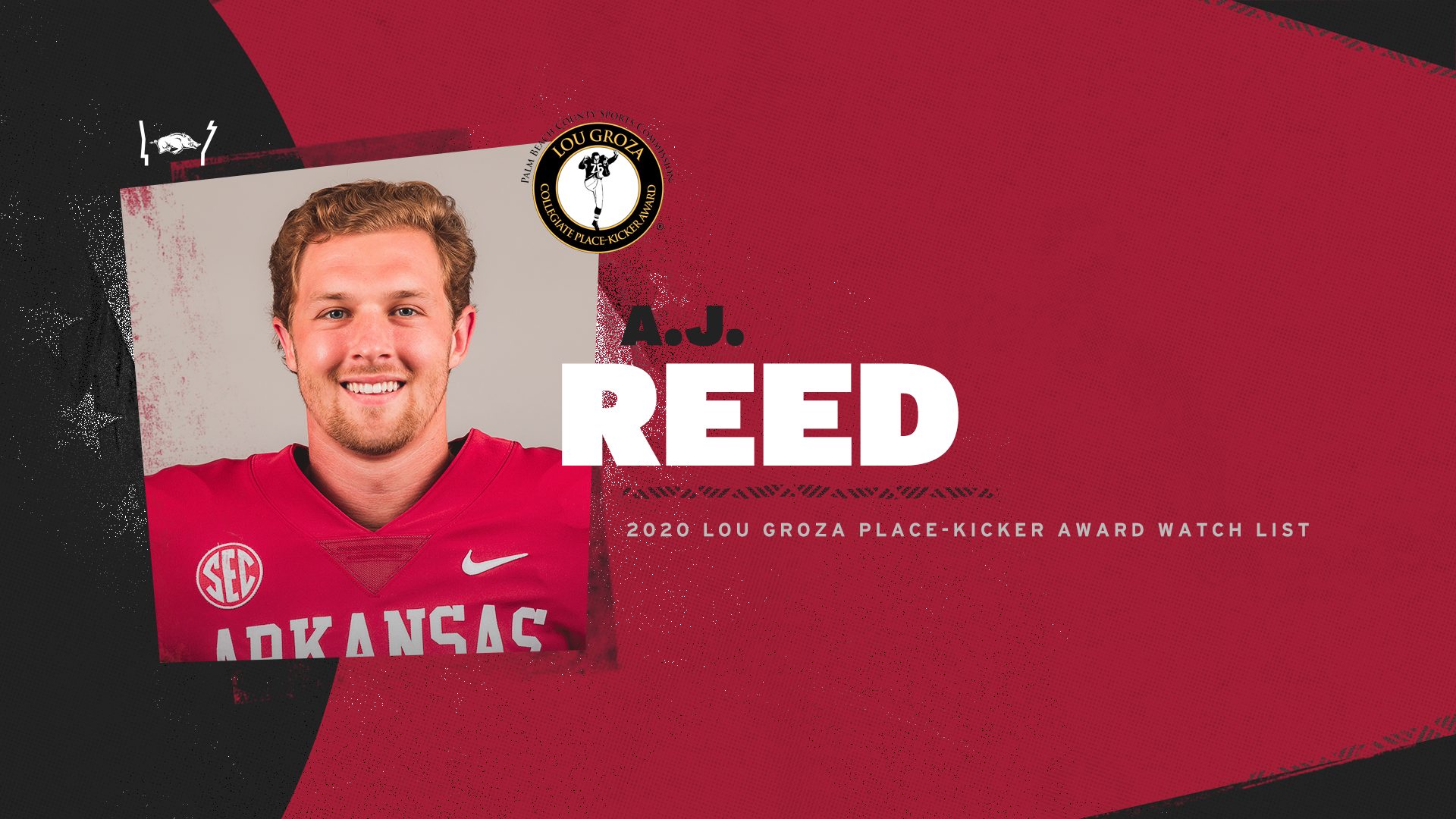 Reed, who will play his first season in Fayetteville this year after transferring from Duke, was chosen as a semifinalist for the award in 2019 after drilling 15-of-18 (.833) field goal attempts and hitting 34-of-34 (1.000) point after tries. The Prattville, Ala. native ranked 27th nationally in field goal percentage (.833) and was 14th among ACC leaders accounting for 79 points. He made his first nine field goal attempts of the season and set a single-game season-high during that stretch scoring 11 points against both Middle Tennessee and Georgia Tech. For the first time in his career he was named ACC Specialist of the Week after connecting on two field goals, including a career-best 51 yarder, against Syracuse (Nov. 16). Reed is only one of six returning FBS kickers to make multiple field goals of at least 50 yards without missing a long-distance attempt (2-for-2).

He was an Honorable Mention All-ACC selection last season while also excelling in the classroom as a member of the All-ACC Academic Team and a CoSIDA Academic All-District honoree. Reed appeared in 30 games over the past three years for the Blue Devils and converted 18-of-28 (.643) field goal attempts and 66-of-67 (.985) point after tries. He enters his senior season for the Razorbacks with a streak of 61 consecutive made extra points. In addition to his placekicking responsibilities, he served as the kicker on Duke’s kickoff coverage unit 91 times during his career and registered 20 touchbacks.

The 29th Annual Lou Groza Collegiate Place-Kicker Award, presented by the Orange Bowl, recognizes the three finalists during a celebration in Palm Beach County, culminating with a gala awards banquet at West Palm Beach’s Kravis Center for the Performing Arts on December 7th.

The award is presented annually and named after National Football League Hall of Fame kicker Lou Groza who played 21 seasons for the Cleveland Browns. An All-Pro lineman, kicker and four-time NFL champion, Groza ushered in the role of a dedicated kicker to an NFL roster.