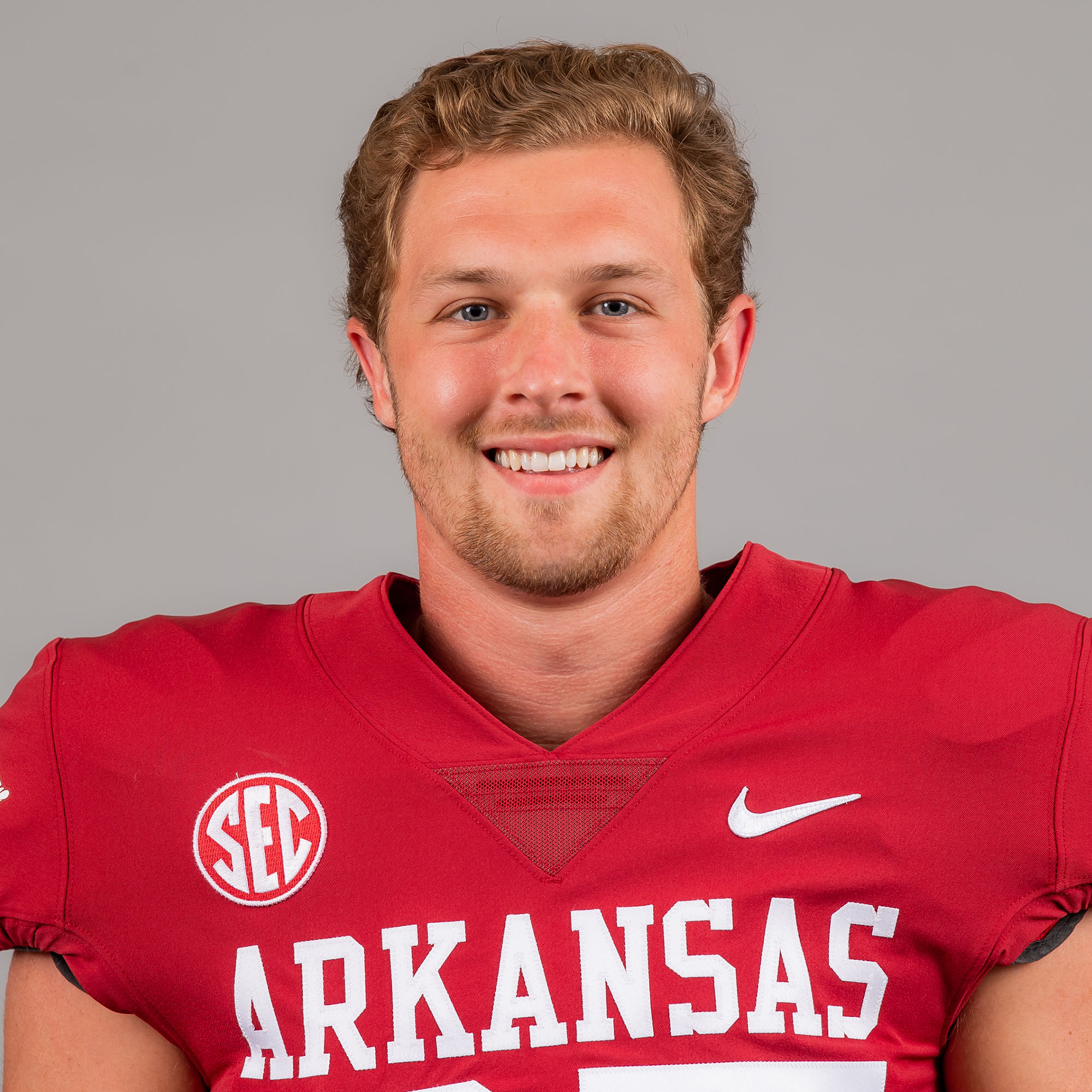 At Duke
2019 (REDSHIRT JUNIOR): Started all 12 games as Duke’s placekicker… recorded a team-best 79 points on 15-of-18 (.833) field goals and 34-of-34 (1.000) PATs… converted on a career long FG of 51 yards against Syracuse… was the only ACC kicker with three field goals of 49+ yards this season (North Carolina A&T, Middle Tennessee, and Syracuse)… also was one of just two ACC kickers with multiple field goals of 50+ yards this season (vs. North Carolina A&T and Syracuse)… his 51-yarder marked the 29th field goal of 50+ yards in Duke history… finished the season tied for 27th in the country with his .833 field goal percentage… posted nine-straight field goals made throughout the season from Aug. 31 – Oct. 26… tallied 57 kickoffs for 3,182 yards (55.8) with 15 touchbacks against one boot out of bounds… in his Duke career, finished with a 61-consecutive PATs made steak… had nine games with 7+ points including a career-high 11 against both Middle Tennessee and Georgia Tech in 2019… in 30 career games (24 starts), has totaled 120 points on 18-of-28 (.643) field goals and 66-of-67 (.985) PATs… kicked off 91 times for 5,203 yards (57.18) with 20 touchbacks against two boots out of bounds… owned one game-winning, fourth quarter FG against Notre Dame in 2016 (19 yards; 1:24)… recorded five tackles on kickoff coverage… on the field for 189 career snaps… named an honorable mention as a specialist on the 2019 All-ACC football team, was tabbed to the All-ACC Academic team, while also being selected a CoSIDA Academic All-District honoree… was choosen a semifinalist for the Lou Groza Award and was tabbed the ACC Specialist of the Week on Nov. 18, 2019 after converting field goals of 31 yards and a career-best 51 yards opposite Syracuse.

2018 (REDSHIRT SOPHOMORE): Handled Duke’s kickoff chores for the final six games of the campaign… registered 34 kickoffs for 2,021 yards (59.44) with five touchbacks against one boot out of bounds… helped Duke rank third in the ACC and 44th nationally in kickoff coverage… tallied two tackles on kickoff coverage, one each against Wake Forest and Temple in the Walk-On’s Independence Bowl… on the field for 34 plays.

2016 (FRESHMAN): Started all 12 games as Duke’s placekicker… totaled 46 points on 3-of-10 (.300) field goals and 37-of-38 (.979) PATs… in the ACC, ranked seventh in PAT percentage… led Duke in total points… matched school single-game records for PATs made (7) and attempted (7) by a freshman against N.C. Central… on Duke’s single-season charts, totals rank second for PATs by a freshman, second for PATs attempted by a freshman and PAT percentage by a freshman… first collegiate field goal covered 19 yards and came with 1:24 remaining in the fourth quarter to serve as the game-winning points in Duke’s 38-35 win at Notre Dame… booted two field goals (21 & 38 yards) against Virginia… had 1+ point in all 12 weeks including a season-high eight points against both Notre Dame and Virginia… closed the season with a consecutive streak of 27 successful PATs… one of eight true freshmen to earn varsity letter… on the field for 49 total snaps.

High School: Three-year letterman at Prattville High School under head coach Chad Anderson… three-star prospect according to ESPN.com, 247Sports.com and Scout.co… ranked as the No. 11 kicker in the country by Scout.com, No. 13 by 247Sports.com and No. 19 by ESPN.com… following senior year, selected to participate in the 10th annual Offense-Defense All-American Bowl and kicked a 32-yard game-winning field goal as time expired for the American squad… honorable mention all-state (7A) pick by the Alabama Sports Writers Association as a junior and senior… USA Today American Family Insurance Alabama Team member following final campaign… during senior year, converted on seven-of-12 field goals with a long of 48 yards… added 32-of-33 PATs… kicked off 44 times with 32 touchbacks… selected to the Montgomery Advertiser All-Metro Class 5A-7A Team… as a junior, made three-of-six field goals with a long of 48 yards and connected on all 65 PATs… booted 86 kickoffs with 40 touchbacks… a 6A/7A All-Metro Team honoree… led Prattville to an 11-3 record and trip to the Alabama High School Athletic Association (AHSAA) 7A state title game… during sophomore year, went five-of-seven on field goals with a long of 37 yards and converted 35-of-36 PATs as the Lions finished 7-3 and advanced to the AHSAA 6A playoffs… also lettered in soccer.

PERSONAL: Born January 22, 1998… graduated with a degree in political science while minoring in economics… son of Lisa and Robert Reed.