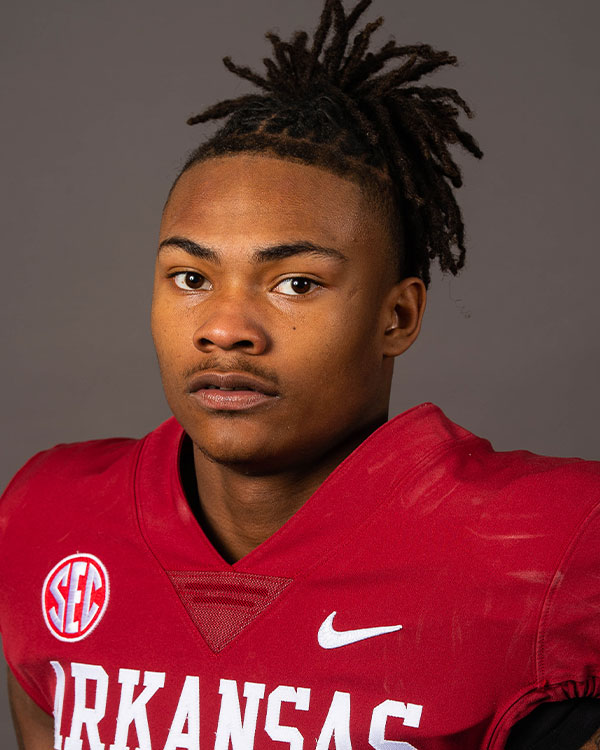 HIGH SCHOOL: A consensus three-star prospect according to 247Sports, Rivals and ESPN … Rated the No. 18 player in Tennessee and No. 43 safety in the country according to Rivals … Played on both sides of the ball for head coach Carl Diffee at Milan High School … As a junior, completed 20-of-50 passes for 249 yards with four touchdowns and two interceptions … Ran 96 times for 927 yards (9.7 ypc) and eight touchdowns and caught 16 passes for 299 yards (18.7 ypc) and five touchdowns … Defensively, logged 64 tackles, 8.0 tackles for loss and nine passes broken up … Was a finalist for the Class 3A Mr. Football award and named All-West Tennessee offensive player of the year … Part of a team that went 14-3 and reached the state title game … CHOSE ARKANSAS OVER: Tennessee, Wisconsin, Indiana, Illinois and others.