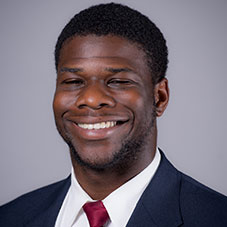 High School
Had a composite score of 76 according to 247Sports.com … Helped Miami Killian High School to the 2013 District 16-8A championship for the first time since 2008 as the team advanced to the Region 4-8A semifinal round of the state playoffs … Contributed 34 tackles, including 12.0 for loss with 10 sacks, on a defense that allowed an average of 11.6 points per game and had three shutouts in the 12-game season … Played basketball for the Cougars and only played football his final two seasons … In addition to defensive line, was also the team’s kicker and punter as a junior … Competed in regional chess competitions, earned the Science Achievement Award and volunteered at the Camillus House for the homeless in Miami … Coached by Corey Johnson … Chose Arkansas after receiving offers from Mississippi State, Michigan State, Cincinnati, South Florida and others.

Personal
Born on May 31, 1994 … Son of Anthony and Beulah Brown … Majoring in criminal justice.