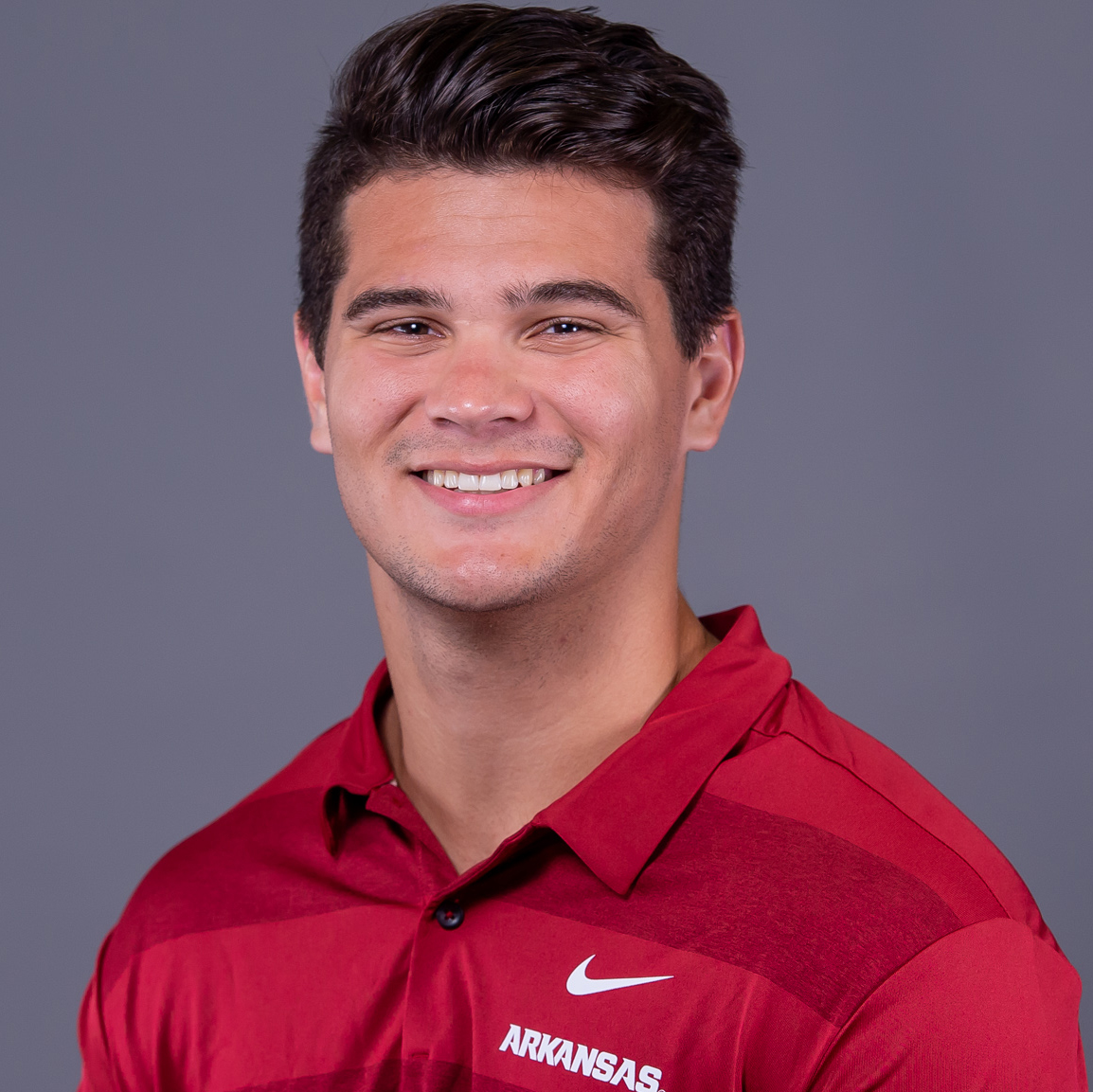 2018 (JUNIOR):Played in two games for the Razorbacks in 2018, appearing at home against Eastern Illinois and North Texas … Made seven punts, totaling 213 yards for an average of 30.4 yards per kick … Hit his longest of 44 yards against the Panthers as part of a four-punt, 122-yard performance with two of his punts landing inside the 20-yard line … Put together a final line of three punts for 91 yards and a long of 33 yards vs. the Mean Green on Sept. 15.

HIGH SCHOOL: Earned three stars from Rivals, Scout and ESPN … Ranked the No. 2 punter nationally … Rivals ranked him the third-best specialist in the country … 247Sports ranked him as the No. 6 punter/kicker nationally … Selected as one of just two punters to play in the 2015 U.S. Army All-American Bowl in San Antonio, Texas … Named All-CIF Southern Section First Team at punter … Earned California Division I All-State First Team honors from MaxPreps … Named Punter of the Year by OCVarsity.com … Earned Long Beach Press Telegram Dream Team first team honors as both a junior and senior … Two-time first team All-Sunset League linebacker and earned his team’s defensive player of the year award as both a junior and senior … Helped Los Alamitos finish 9-2 with a 5-0 mark in league play and the Sunset League championship … Punted 28 times for 1,039 yards (37.1 avg.) with a long of 63 in 2014 … Landed 12 punts inside the 20 (42.9 percent) as a senior … Booted 52 punts for 1,889 yards (36.3 avg.) with 15 landing inside the 20 and a long of 54 in 2013 … As a sophomore, punted 42 times for 1,617 yards (38.5) including a career-long 70-yard punt … Also played linebacker and safety, totaling 156 tackles and seven sacks in his final two varsity seasons … Ranked second on the team with 72 total tackles as a senior and earned first-team all-league honors at linebacker … Coached by John Barnes … Also played lacrosse … Selected Arkansas over offers from Colorado, Duke and Oregon State.