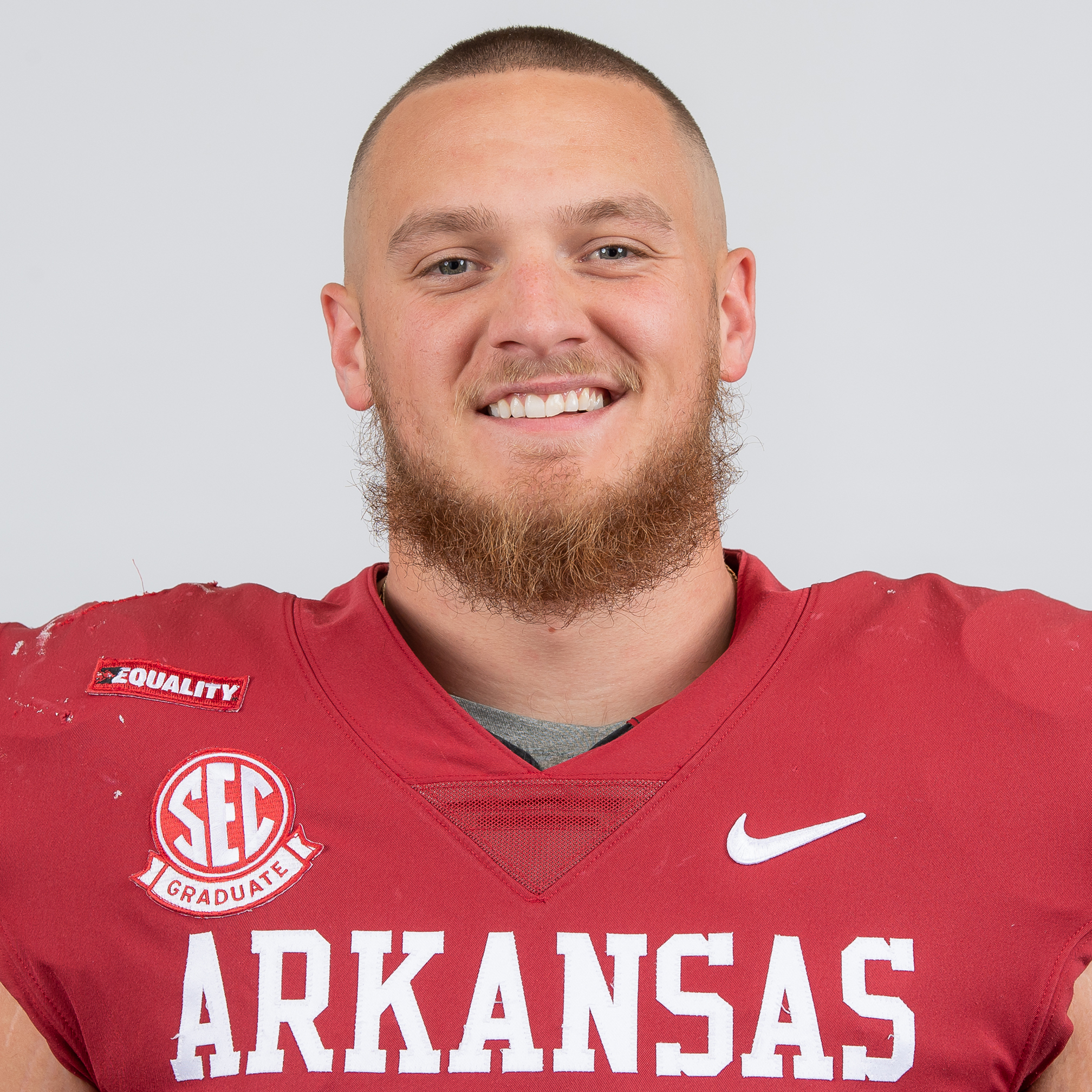 2021 (COVID REDSHIRT SENIOR): Started all 13 games in his final season as a Razorback catching 15 passes for 183 yards and two touchdowns … Contributed to the Arkansas running game that led all Power 5 schools with 227.8 rushing yards per game … Caught passes in each of the first three games of the season, snagging four passes for 43 yards as the Hogs started the season 3-0 … Caught two passes for 25 yards and a touchdown in win over UAPB (Oct. 23) … Posted season bests with three catches and 47 yards to go along with a touchdown at Alabama (Nov. 20), touchdown came on a fake field goal that went for 32 yards.

2020 (REDSHIRT SENIOR): Played in all 10 games and made five starts in the most productive year of his career … Logged 20 catches for 201 yards (10.1 ypc) with two touchdowns … Ranked fourth on the team in receptions and receiving yards … Made first career reception for nine yards in the season opener against Florida (Sept. 26) … Earned first career start in the win at Mississippi State (Oct. 3) … Set career highs recording four catches for 59 yards with a 35-yard grab at Auburn (Oct. 10) … Had one catch for three yards against Ole Miss (Oct. 17) … Hauled in two grabs for 21 yards at Texas A&M (Oct. 31) … Tallied three catches for 40 yards and scored his first career touchdown in the win over Tennessee (Nov. 7) … Grabbed first career touchdown on a 6-yard reception in the third quarter, giving Arkansas a 14-13 lead it would not relinquish … Tied career-high with four catches for 31 yards at Florida (Nov. 14) … Made two catches for 17 yards against LSU (Nov. 21) … Started the final two games of the season, making one catch for two yards, scoring his second touchdown of the year at Missouri (Dec. 5) … Had two receptions for 19 yards against Alabama (Dec. 12) … According to Pro Football Focus, played in 448 offensive and 44 special teams snaps … Posted a season-best 71.8 receiving grade against Georgia.

2019 (REDSHIRT JUNIOR): Played in all 12 games for the Razorbacks in 2019, seeing time lined up at both tight end and on special teams … Appeared in a total of 216 plays, with 66 at TE for Arkansas, according to Pro Football Focus … Did not record any statistics … Posted his top PFF offensive grade against WKU on Nov. 9 at 74.4, seeing nine of his 10 plays in run blocking schemes.

2018 (REDSHIRT SOPHOMORE): Played in 10 games for the Razorbacks in 2018 … Totaled 59 snaps over the course of his sophomore season, according to Pro Football Focus, 10 at the tight end spot and 49 on field goal/extra point kicks … Did not record any statistics.

HIGH SCHOOL: Hauled in 16 receptions for 332 yards and nine touchdowns as a senior … Rushed for 675 yards on 88 carries and six touchdowns … Recorded 61 tackles, 2.0 tackles for loss, 2.0 sacks, three interceptions, a forced fumble, a recovered fumble and one pass deflection at defensive end … Coached by Josh Jones.