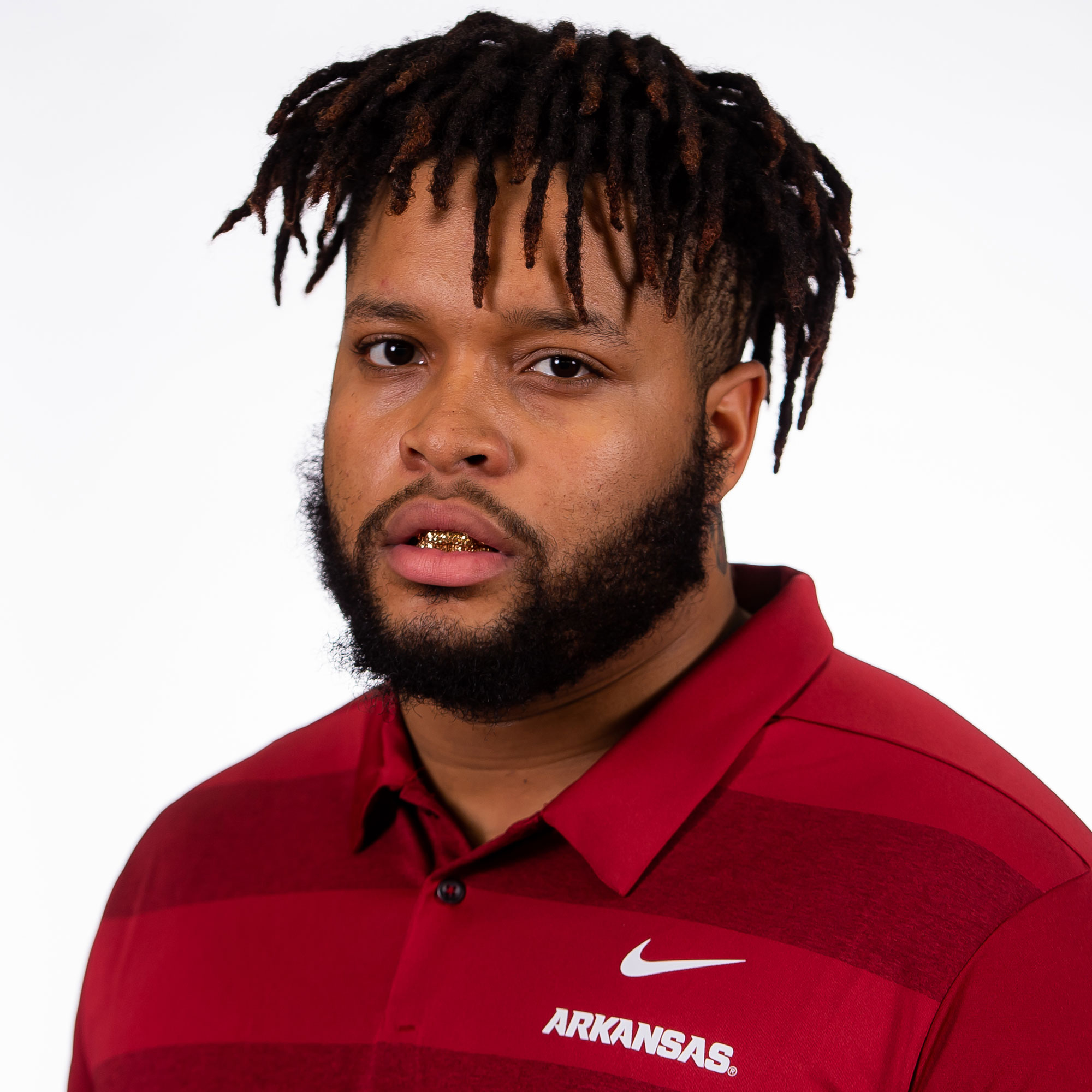 2018 (SOPHOMORE): Played in eight games for the Razorbacks in 2018 … Totaled 167 snaps over the course of the season, according to Pro Football Focus, with 155 coming on the defensive line … Recorded 15 total tackles, four solo, with 2.5 tackles for loss, including 1.5 sacks … Broke up two passes and recovered a fumble in the season opener against Eastern Illinois … Had one tackle in that game against the Panthers, and another at Colorado State the following week before a four-tackle showing in week three vs. North Texas, which would hold as a season-best … Put together three more games with multi-tackle performances against Texas A&M, Tulsa and Vanderbilt … Finished the season with an overall defensive grade of 76.6 from PFF, with a 78.2 tackling mark from the outlet … Posted four games with defensive grades of 73.0, including a season-best 75.5 vs. North Texas on Sept. 15 … Also notched a season-best 78.7 in run defense in the contest to go with a 74.3 tackling mark … Part of a defensive crew that racked up 882 total tackles over the course of the 2018 campaign.

2017 (REDSHIRT FRESHMAN): Saw action in 11 games … Played 280 defensive snaps … Totaled 21 tackles, including 3.5 for loss and 1.0 sack … Added one forced fumble, two fumbles recovered and two quarterback hurries … Recorded at least one tackle in nine games … vs. No. 16 Mississippi State (Nov. 18): Posted a season high in tackles (5) and recovered a fumble in the end zone forced by McTelvin Agim … vs. Missouri (Nov. 24): Played a season-high 50 defensive snaps and collected his first career sack.

HIGH SCHOOL: A four-star recruit by ESPN, 247Sports and Rivals … Earned three stars from Scout … Ranked a top 150 player in the class at No. 143 by ESPN with a grade of 82 … A top 40 overall defensive tackle with a best of No. 13 by Rivals … Listed as the No. 9 player in the state of Louisiana by ESPN and Rivals and the No. 32 player in the state by 247Sports … A consensus top 50 defensive tackle with a best of No. 13 by Rivals … Amassed 244 tackles, including 37 for loss, 25.5 sacks, two fumble recoveries and one forced fumble in three seasons at Archbishop Rummel … Earned all-state honors as a senior, junior and sophomore … Finished senior season with 91 total tackles, including seven for loss, nine sacks and seven quarterback hurries and helped his team to the LHSAA state championship … Also blocked one field goal … Named to The Advocate’s Super Dozen and the 2015 ALL-USA Louisiana Football first team … As a junior, tallied 77 tackles, 10 tackles for loss and 10 sacks … Helped his team to an 11-2 record and reach the LHSAA state semifinals … Named to The Times-Picayune Large Schools All-Metro team … Collected 76 tackles, including 20.5 for loss, and nine sacks en route to helping the Raiders capture the 2013 state championship … Chose Arkansas over Alabama, Arizona State, Louisville, LSU, Miami (FL), Mississippi State, Ole Miss, Penn State, Tennessee and Texas A&M.