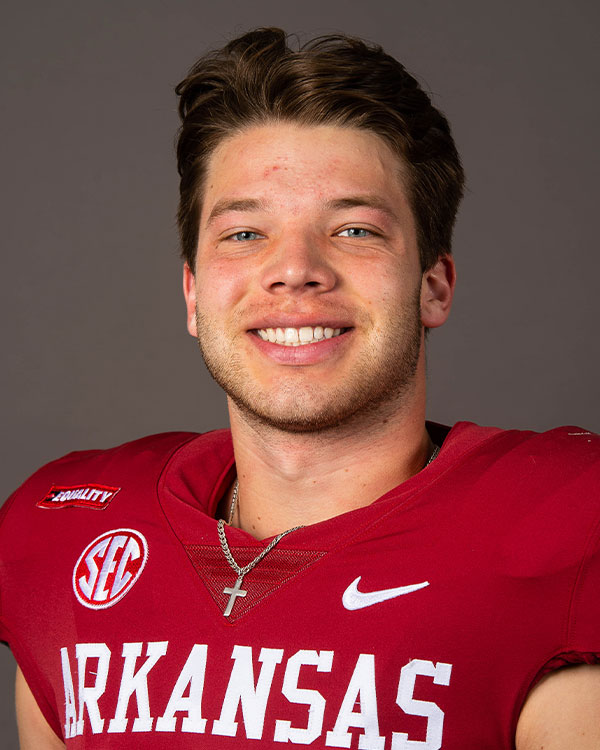 2020 (REDSHIRT SOPHOMORE): Saw action in two games (at Cincinnati and vs. Tulsa) and was limited by injury for much of the season… completed 4-of-8 passes for 39 yards and ran four times for 39 yards on the year… led the offense for a series at Cincinnati and completed 2-of-6 passes for 14 yards… had his best performance of the year vs. Tulsa, guiding the Bulls on a touchdown drive that saw him complete 2-of-2 passes for 25 yards and run four times for 39 yards before being knocked out of the game on his final run in the series… the Bulls completed the 72-yard scoring drive with a touchdown pass.

At North Carolina
2019 (REDSHIRT FRESHMAN): Entered the transfer portal prior to the start of the season… had official visits to Syracuse, Kansas and Vanderbilt before joining USF.

HIGH SCHOOL: Rated a four-star prospect by ESPN.com, which listed him as the No. 17 player nationally at his position and the No. 39 player in Georgia… also was considered the No. 19 pro-style quarterback and the No. 50 player in Georgia by the 247Sports composite… ranked No. 34 at his position and No. 74 in Georgia by Rivals… missed most of his senior season due to injury… during his junior campaign, he threw for 1,841 yards and 16 TDs and ran for 512 yards and three scores while leading the Bulldogs to a state championship victory… played in the Georgia Elite All-Star Classic following his junior season…was nominated for the 2018 U.S. Army All-American Bowl prior to his senior year…a 4.0 student in high school…coached by Bill Stewart.

PERSONAL: Born Feb. 28, 1999 in Atlanta, Ga…. son of Troy and Debi Fortin…has one brother and two sisters… his uncle, Roman Fortin, played football at San Diego State and played 12 seasons in the NFL as an offensive lineman with the Chargers, Lions and Falcons… his cousin, Turner Fortin, played football at Georgia from 2014-18… his sister, Alexa, is a setter on the Georgia volleyball team… enjoys playing golf and video games…majoring in communication.