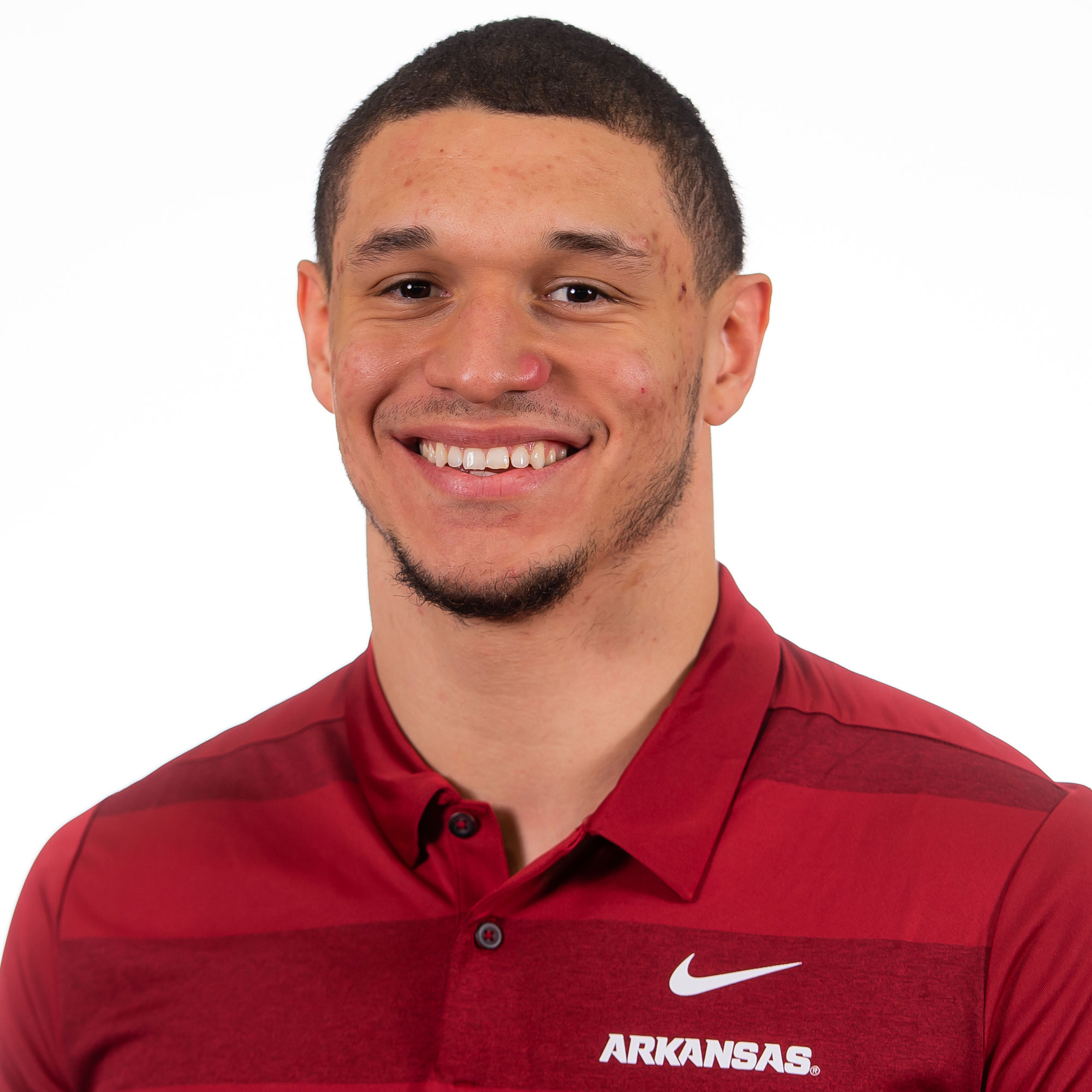 2019 (SENIOR): Played in all 12 games for the Razorbacks in 2019, starting twice at tight end against San Jose State and Western Kentucky … Totaled 298 snaps, including 163 on Arkansas offensive unit, also seeing time on various special teams groups … Caught three passes, totaling 34 yards, with one touchdown … Averaged 11.3 yards per catch … Hauled in passes of 14 yards in two of the first three games, scoring on the play in the third game against Colorado State for his first career touchdown … Also posted a six-yard reception against Mississippi State on Nov. 2 … Part of an offense that racked up 2,315 passing yards and scored 14 times through the air.

2018 (JUNIOR): Played in 10 games in his first year with the Razorbacks in 2018 … Totaled 120 snaps over his junior campaign, according to Pro Football Focus, 58 on offense, while also seeing time on special teams units … Recorded four catches for 60 yards, averaging 15.0 yards per catch, going for a long of 36 yards, all coming in the season opener against Eastern Illinois … His 36-yard play came immediately after an 11-yard catch on a drive that resulted in an Arkansas field goal … Other two receptions also came on back-to-back snaps, going for seven & six yards, respectively … Posted an 85.3 offensive grade in the contest from PFF as a result of his performance … Helped the Arkansas offense to 4,028 yards of total offense and 28 touchdowns, with 2,307 yards and 17 scores coming through the air.

2017 (SOPHOMORE @ KANSAS): Played in all 12 games, starting four at wide receiver … Picked up starts against Central Michigan, Ohio, K-State and Oklahoma … Ranked third on the team with 25 receptions … Tallied 221 receiving yards … Ranked second on the team with three receiving touchdowns … SEMO: Opened the season with a one-handed grab in the end zone for his first TD of the season … Finished the game with two catches for 17 yards and a score … Central Michigan: Turned in three receptions for 39 yards … at Ohio: Had his most productive game as a Jayhawk to date with five catches for a career-high 58 yards … Also scored his second TD of the season … Texas Tech: Posted for catches for 27 yards … Baylor: Had two receptions for 30 yards … at Texas: Turned in 25 receiving yards and a touchdown on two catches … Oklahoma: Set a new career-high with six receptions … Recorded 22 receiving yards … at Oklahoma State: Caught one pass for three yards.

2016 (REDSHIRT-FRESHMAN.): Saw time in all 12 contests … Recorded five receptions for 81 yards … Scored receiving touchdowns against Rhode Island and at Texas Tech … Career-high 51 yards receiving against Rhode Island … Rhode Island: Caught two passes in his Jayhawk debut, one a 38-yard gain and the other a 13-yard touchdown, in KU’s win … Ohio: Saw time, but did not record any statistics … at Texas Tech: Recorded the second touchdown of his career – a 19-yard grab – in the second quarter … at Baylor: Grabbed one pass for a gain of six yards … at Oklahoma: Earned the first start of his career at wide receiver, but did not record any statistics.

High School: Rated a three-star prospect by 247Sports.com and earned a two-star rating by Rivals.com … Earned four letters playing under head coach Mike McEachern at Hargrave HS … Took home Offensive Most Valuable Player honors in Class 4A District 10 … Named Honorable Mention Class 4A by the Texas Associated Press … Helped lead HHS to a 9-2 mark in 2014 after 103 receptions, 1,741 yards and 19 touchdowns as a senior … Completed his sophomore season in 2012 with 47 catches for 873 yards and 17 touchdowns … Also lettered in basketball and track for the Falcons.

Personal: Son of Mark and Elizabeth Harrell … Has two brothers, Cole and Corbin … Majoring in communication studies with a business minor … An early enrollee at Kansas after graduating from HHS in time for the Spring 2015 semester.