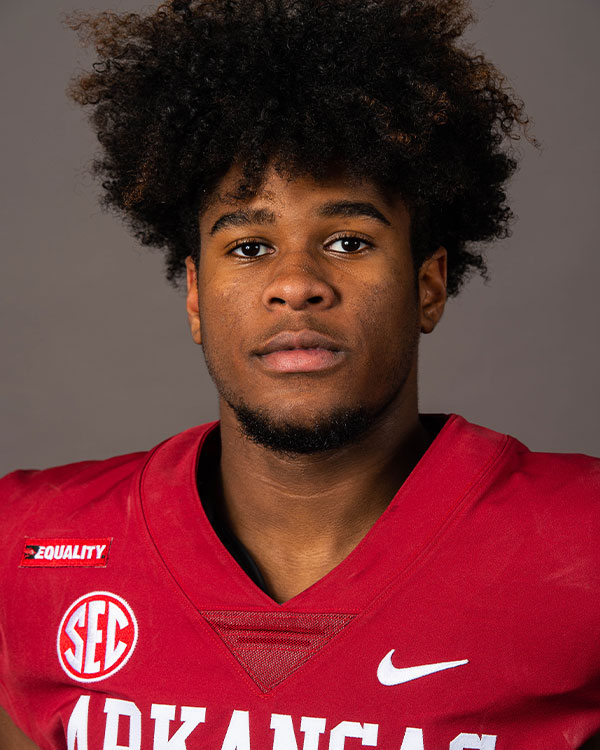 2021 (FRESHMAN): Redshirted during his first season and did not appear in any games in 2021.

HIGH SCHOOL: Rated a consensus three-star prospect by 247Sports, Rivals and ESPN … Rated the No. 42 cornerback in his class and No. 74 overall prospect in Texas by 247Sports … Played on both sides of the ball for head coach Jeff Harbert at Frisco High School … As a senior, made 14 grabs for 403 yards (28.8 ypc) and two touchdowns while making 26 tackles, four interceptions, one pass broken up, one fumble recovery and one forced fumble in seven games … As a junior, made 31 catches for 709 yards (22.9 ypc) and seven touchdowns while also making 44 tackles with four interceptions, one interception return for a score, eight passes defended and one forced fumble … Named District 7-5A D-II MVP for Frisco, who finished 11-2 and reached the third round of the playoffs … CHOSE ARKANSAS OVER: Texas Tech, Purdue, Michigan State, Memphis, Pitt, San Diego State, Oregon State and others.