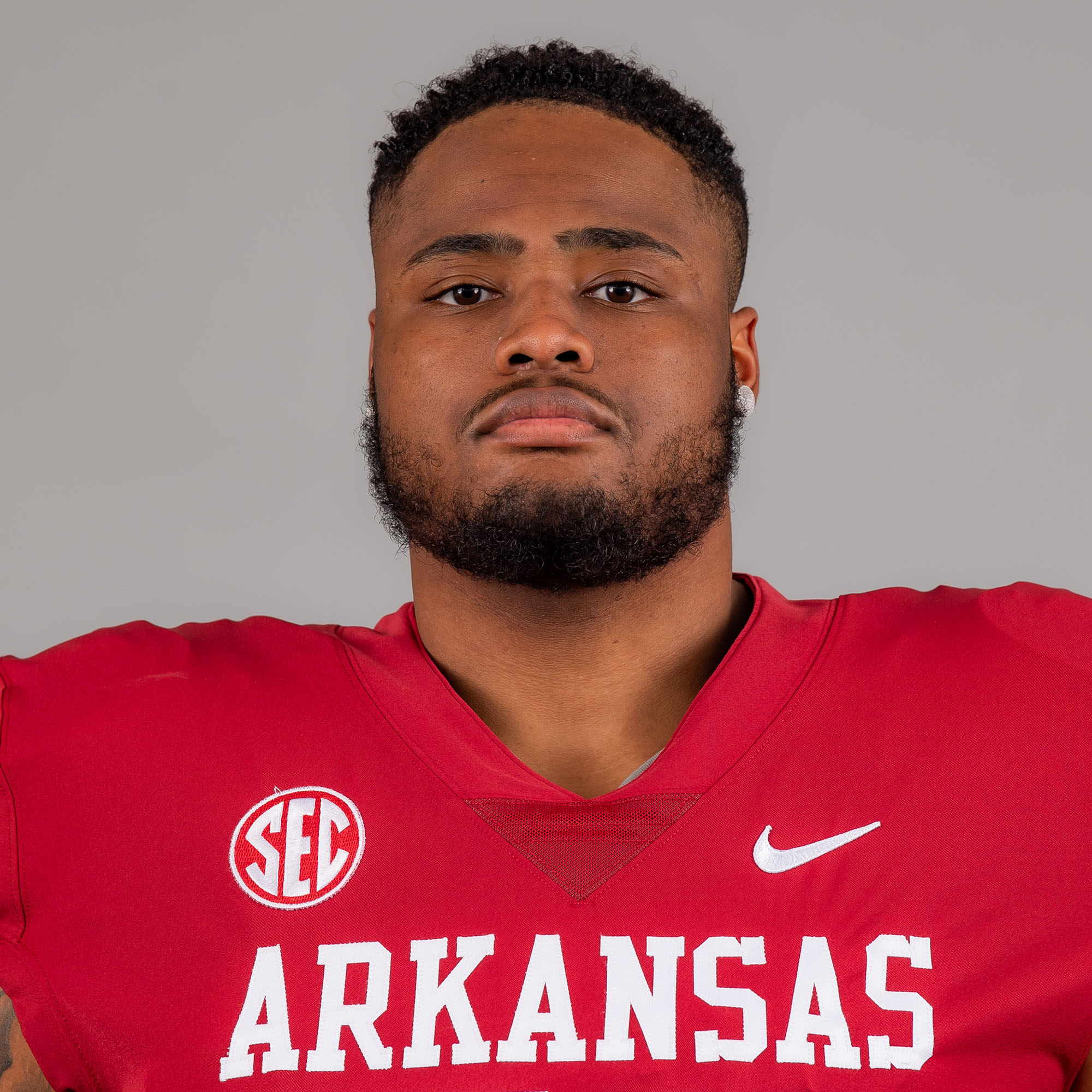 PRIOR TO ARKANSAS: Three-star prospect by Rivals and 247Sports … Rated as the No. 5 offensive tackle in the country among the junior college ranks and fourth overall in the state of Maryland by 247Sports … Played his freshman season at Lackawanna Community College in Scranton, Pennsylvania … Helped the Falcons to 424 points over 11 games, averaging 38.5 per game … Blocked for an offense that racked up 4,415 yards, 401.4 per game, with 2,243 rushing yards for a 203.9 clip per contest … Propelled Lackawanna to a No. 6 ranking and an 11-0 record, including an El Toro Bowl win over No. 19 Arizona Western on Dec. 1 … Spent his high school career at Northwestern HS in Hyattsville, Maryland … CHOSE ARKANSAS OVER: Louisville, Cincinnati, Maryland and others.