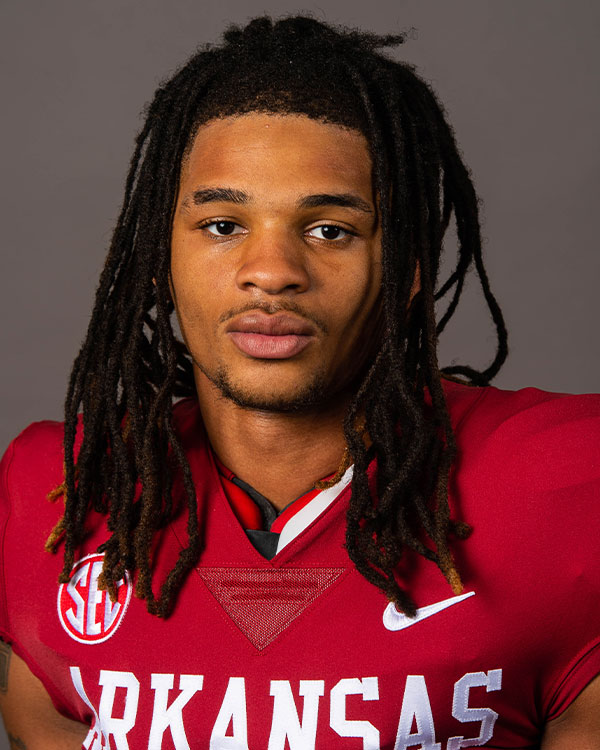 2020 (FRESHMAN): Did not play in any games and redshirted.

HIGH SCHOOL: Three-year varsity letterwinner at Dumas High School … Primarily played quarterback in high school, but also saw action as a defensive back and kick returner … Threw for 2,592 yards and 30 touchdowns while producing 2,247 rushing yards and 30 rushing scores over his three-year career … Played in four games as a senior, completing 29-of-54 passes for 380 yards, five touchdowns and four interceptions … Also rushed 69 times for 414 yards (6.0 ypc), recording seven touchdowns and a pair of 100+ yard games … Posted best season as a junior, completing 133-of-208 passes for 1,807 yards, 19 touchdowns and four interceptions while leading the Bobcats to a 12-2 record and Class 4A state semifinal appearance … Was lethal on the ground, running 191 times for 1,539 yards (8.1 ypc) with eight 100+ yard games and 21 touchdowns … Threw for a career-high 254 yards against Warren High School on 16-for-24 passing … Ran for a career-high 240 yards with three touchdowns against Crossett High School and set a career-high of four rushing touchdowns against DeWitt High School … Named to the Arkansas Democrat-Gazette All-Arkansas Preps second team … As a sophomore completed 31-of-52 passes for 405 yards, six touchdowns and three interceptions and also ran for 294 yards (5.3 ypc) on 55 carries with two touchdowns … Also played basketball at Dumas where he played for his dad, Larry Harris … As a senior on the hardwood, part of a team that went 26-4 and went 14-0 in league play … Preferred walk-on that chose Arkansas over preferred walk-on interest from Arkansas State and Memphis.