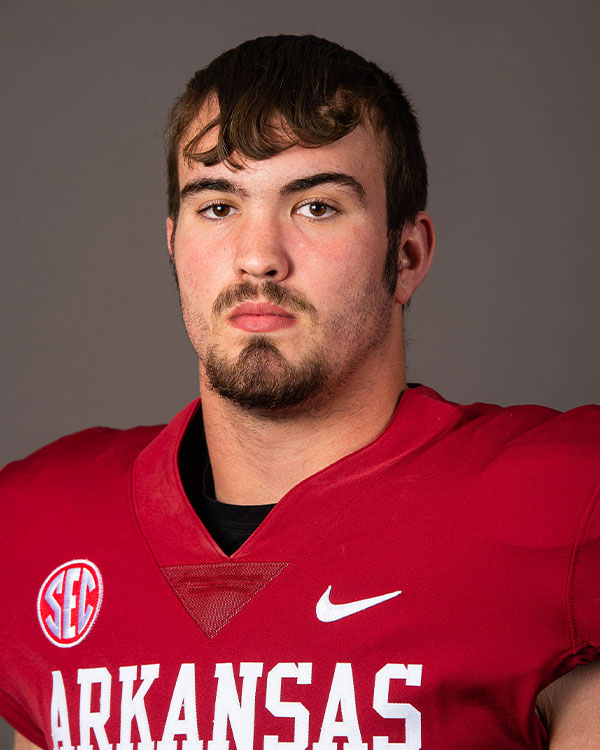 HIGH SCHOOL: Consensus three-star prospect by 247Sports, Rivals and ESPN … Rated the No. 45 offensive tackle in his class by Rivals … Ranked the No. 77 player in Texas by 247Sports … Played both offensive and defensive tackle for head coach Lance Connot at Rivercrest High School … As a senior, played on a 7-4 Rivercrest team that reached the second round of the playoffs … His junior season, helped Rivercrest to an 11-2 record and third round playoff appearance … Also earned first-team all-district recognition as a junior … co-owns a 400-acre ranch with his grandfather … CHOSE ARKANSAS OVER: Auburn, Vanderbilt, Ole Miss, Baylor, Colorado, Duke and others.