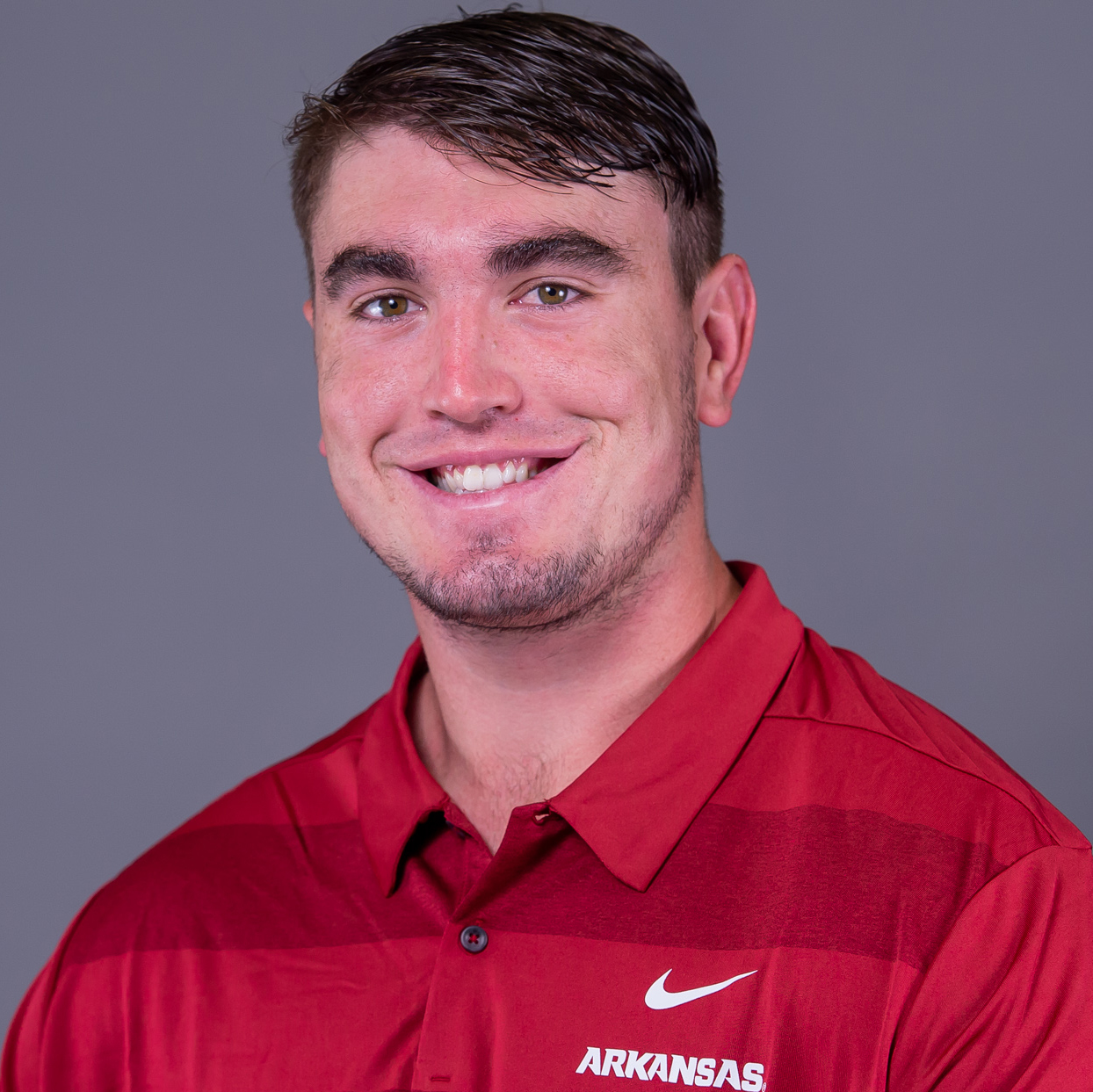 2018 (SOPHOMORE): Played in nine games for the Razorbacks in 2018, starting twice against Eastern Illinois (Sept. 1) and North Texas (Sept. 15) … Totaled 153 snaps over the course of his sophomore season, according to Pro Football Focus … Completed 35 passes on 67 attempts for a 52.2 percentage and a 118.99 efficiency rating … Racked up 455 passing yards and threw for five touchdowns … Also rushed the ball 28 times for 73 yards, crossing the end zone three times … Opened the season going 9-for-12 and 92 yards, tossing a 42-yard TD pass to Austin Cantrell in the fourth quarter against Eastern Illinois to help push the Razorbacks to a 55-20 victory … Posted his first 100-yard game of the season the following week at Colorado State, totaling 108 yards on 6-of-9 passing, connecting with La’Michael Pettway (25 yards) and TJ Hammonds (64 yards) in the third quarter of the contest … Put together a season-best 16 completions (35 attempts) and 185 yards in week three vs. North Texas … Appeared sporadically and in short-yardage situations in his final five games played, tossing touchdowns against Alabama (Cheyenne O’Grady – three yards) and Ole Miss (Pettway – 39 yards) … Helped the Arkansas offense to 4,028 yards of total offense and 28 touchdowns, with 2,307 yards and 17 scores coming through the air.

2017 (REDSHIRT FRESHMAN): Saw action in nine games and started four (at No. 1 Alabama, No. 21 Auburn, at Ole Miss, Coastal Carolina) …  Accounted for 10 touchdowns, eight passing and two rushing … Completed 87 of 151 passes for 1,038 yards with four picks … Rushed 53 times for 74 yards … Eight TD passes were the second most in a season by an Arkansas freshman in the Hogs’ SEC era … Over his four starts, was 73-for-123 passing for 816 yards with five passing touchdowns and two rushing touchdowns against two … Six of his seven touchdown passes were in SEC play … Totaled 692 passing yards in October, the third most in the SEC during the month … In the red zone, completed 13 of 18 passes for 74 yards and five touchdowns … vs. Florida A&M (Aug. 31): Scored his first career touchdown, a 7-yard pass to Cheyenne O’Grady on third down with 2:20 left in the game … vs. Texas A&M (Sept. 23): Took shotgun snaps in short-yardage situations, and rushed four times for four first downs, including a 13-yard gain on his first attempt on a drive that culminated with him throwing his second career touchdown pass early in the second quarter … at South Carolina (Oct. 7): Entered the game with 12:47 left in the fourth quarter in place of injured Austin Allen … Completed 8 of 13 attempts for 140 yards against one interception, including a 34-yard TD strike to Jonathan Nance … Also rushed twice for 23 yards and a pair of first downs … at No. 1 Alabama (Oct. 14): Filling in for Allen, completed 23 of 42 passes for 200 yards with one touchdown and one interception in his first career start … Completed passes to eight different players on the night with nine completions converting first downs … Connected with Jordan Jones for 46 yards — Arkansas’ longest play of the night … Became the first Arkansas freshman quarterback to start a game since Brandon Allen did it at Alabama in 2012 … at Ole Miss (Oct. 28): Became the first freshman quarterback in Razorback history to defeat an SEC team on the road as a starter since Mitch Mustain in 2006 (W, 21-19 at Vanderbilt) when he led the Razorbacks to a 38-37 win after trailing by 24 points — the largest comeback in school history … Manufactured a 62-yard drive after the Razorbacks took over at their own 22, trailing 37-35 with 4:04 left in the game, to set up Connor Limpert’s 34-yard game-winning field goal … Finished the contest 19-of-30 passing for 189 yards and three touchdowns against just one interception, while adding a 15-yard rushing score … Accounted for 14 first downs with 10 coming through the air and four on the ground … Became the fifth quarterback, including the first freshman, in Arkansas’ SEC era to tally at least three passing touchdowns and one rushing touchdown in the same game (Austin Allen, 2016; Ryan Mallett, 2010; Matt Jones, 2003; Clint Stoerner, 1998) … vs. Coastal Carolina (Nov. 4): With a 1-yard touchdown run with 1:55 remaining, lifted Arkansas to a 39-38 win, his second fourth-quarter comeback in as many weeks.

HIGH SCHOOL: A four-star recruit by ESPN with a grade of 80 … Earned a three-star rating from 247Sports, Rivals and Scout … A consensus top 100 quarterback in the country with a best of No. 16 by ESPN … No. 2 quarterback in the state of Louisiana by Scout … ESPN ranked him as the No. 28 player in the state of Louisiana … Tabbed the No. 51 player in the state of Louisiana by 247Sports and No. 54 by Scout … As a senior, passed for 3,203 yards and 28 touchdowns while completing 219 of 384 passes in helping the Rebels and head coach Sonny Charpentier to a 10-4 record and the state semifinals … Also rushed 118 times for 286 yards and eight touchdowns … A Louisiana Sports Writers Association 2015 Class 4-A honorable mention … Participated in the 2015 Rivals Quarterback Challenge at Cedar Hill High School in Cedar Hill, Texas … Helped lead his team to a 9-2 record and the state quarterfinals as a junior, throwing for 2,980 yards and 27 touchdowns thanks to four 300-plus yard passing games … Also rushed for 18 yards and three touchdowns … Had six games with three or more touchdown passes, including a six-touchdown performance in the Rebels’ 65-35 win over Northside High School (Nov. 7, 2014) … Named to the 2014 District 5-4A All-District Team, All-State first team, All-Acadian first team, and earned Offensive MVP acclaim … Also played basketball, averaging 19 points and 10 rebounds as a junior … Chose Arkansas over Colorado State, Kentucky, Louisiana Tech, Louisiana, Oklahoma State, Southern Miss and Tulane.