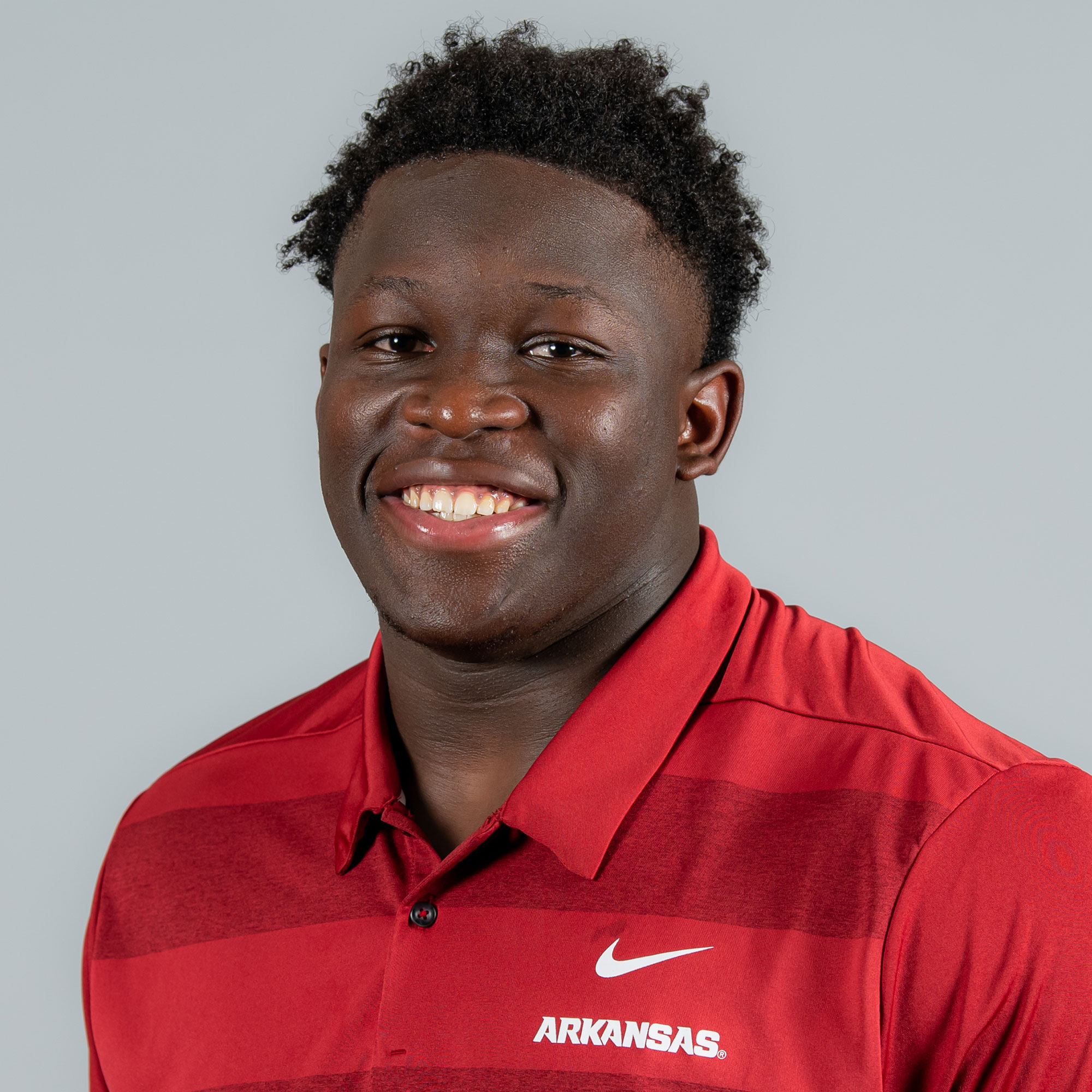 2019 (FRESHMAN): Played in 11 of 12 games for the Razorbacks in 2019, missing only the season opener … Totaled 324 snaps as a true freshman, 291 on the defensive line … Tallied 17 tackles, five solo, with half-a-tackle for loss in his debut season … Didn’t record his first stop until the fifth game of the year against Texas A&M, recording three in the contest … It was one of two games he recorded two solo tackles, also doing so against Auburn on Oct. 19 … Added two more three-tackle games against Mississippi State (Nov. 2) and LSU (Nov. 23).

HIGH SCHOOL: Four-star prospect by Rivals and 247Sports … Rated as the No. 20 strongside defensive end in the country and is ranked second in the state of Oklahoma by Rivals … Three-year varsity letterwinner at Putnam City High School in Oklahoma City, Oklahoma … Racked up 62 tackles over his senior season for the Pirates … Totaled three sacks and 5.5 tackles for loss, along with six quarterback hurries and two pass breakups in his final year of high school football … Selected to play for USA Football in the 2019 International Bowl … Posted 56 tackles as a junior, with three sacks and two PBUs, helping Putnam City to a 7-4 overall record … Had 40 tackles, including a sack, as a sophomore in 2016 … Also played basketball as a freshman … CHOSE ARKANSAS OVER: Florida, Georgia, Missouri, Oregon, Oklahoma State, Texas Tech, Michigan and others.