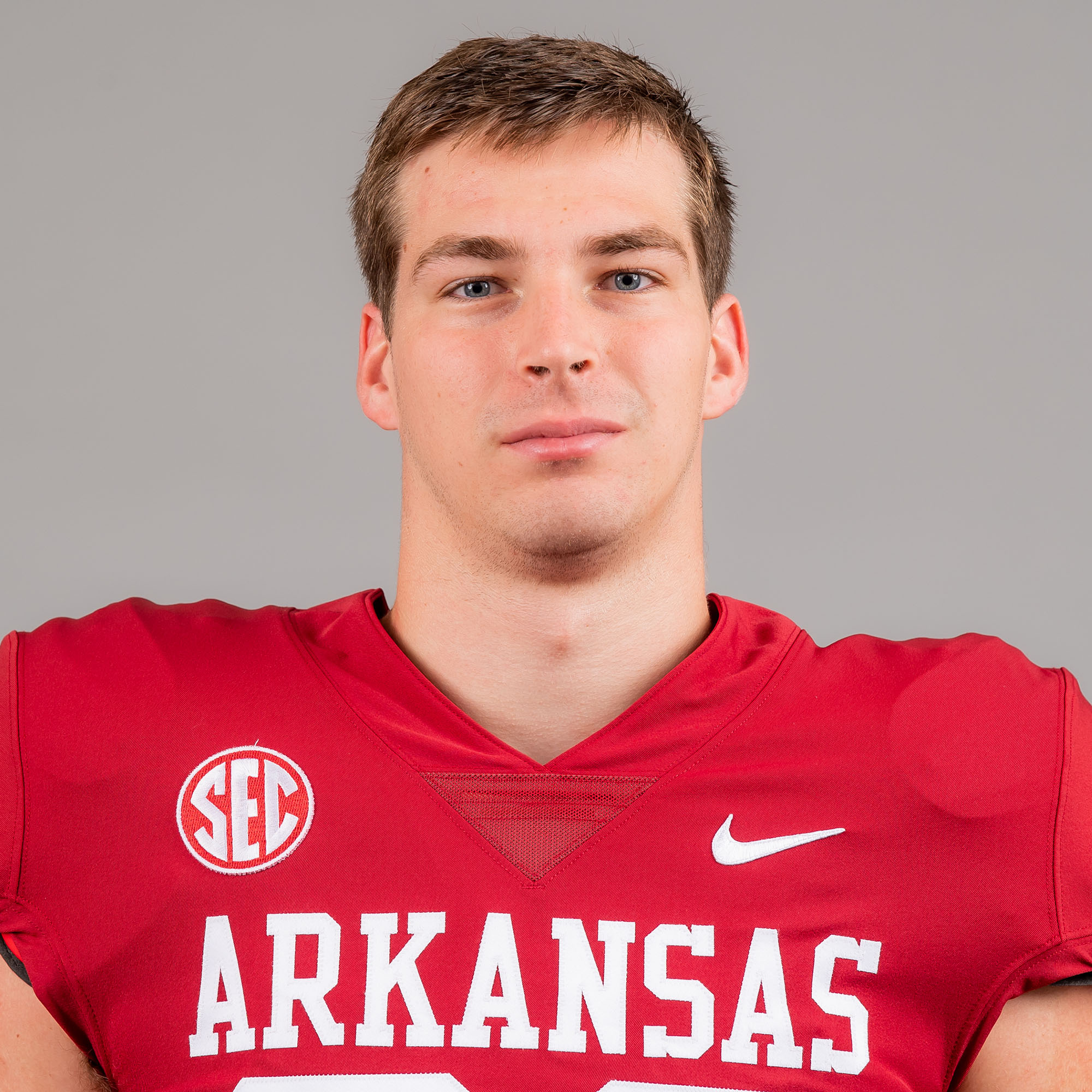 HIGH SCHOOL: Three-star prospect by 247Sports and ESPN … Rated as the No. 39 tight end in the country by ESPN … Four-year varsity letterwinner at Marcus High School in Flower Mound, Texas … Recorded 35 receptions for 329 yards and eight touchdowns as a senior in 2019 … Helped the Marauders to an 11-2 season in his final year of prep ball, including a third-round appearance in the 2019 Texas High School Football 6A playoffs … Played in four games, catching six passes for 52 yards as a junior for Marcus HS … CHOSE ARKANSAS OVER: Florida State, UNLV and others.