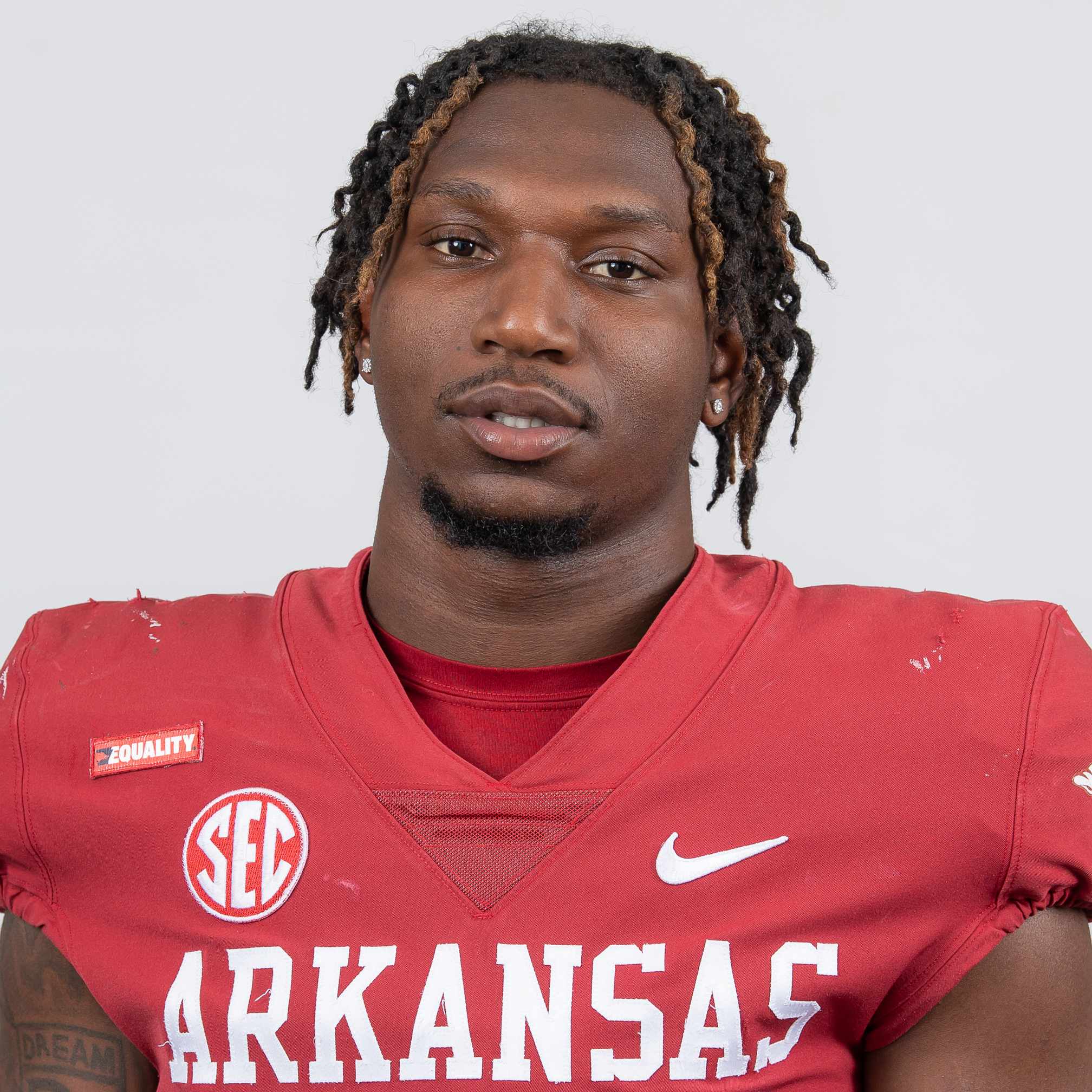 2020 (REDSHIRT SENIOR): Played in five games, seeing action primarily on special teams … Totaled two tackles (one solo) … Recovered a crucial fumble on a muffed punt in the fourth quarter of the win at Mississippi State (Oct. 3) … Saw action in a season-high four defensive snaps against Missouri (Dec. 5) … Tallied both tackles of the year in the season finale against Alabama (Dec. 12) … According to Pro Football Focus, played 60 special teams and 6 defensive snaps … Posted a season-best special teams grade of 67.3 against Mississippi State.

2019 (REDSHIRT JUNIOR): Played in 11 of 12 games for the Razorbacks in 2019, seeing most of his time on special teams … Totaled 216 plays, 33 on defense, according to Pro Football Focus … Recorded five tackles, all solo, with two for loss … Posted tackles in four games, with stops against Colorado State (Sept. 14), Auburn (Oct. 19), Alabama (Oct. 26) and Missouri (Nov. 29), with two in the finale against the Tigers in Little Rock … Tallied TFLs against the Crimson Tide and Missouri.

2018 (REDSHIRT SOPHOMORE): Played in all 12 games for the Razorbacks in 2018, primarily on special teams … Totaled 161 snaps over the course of his sophomore campaign, according to Pro Football Focus … Recorded five tackles, one solo and 0.5 for loss, with the latter coming in the season opener against Eastern Illinois … Posted two tackles in that contest vs. the Panthers, then followed it up with another two-tackle performance on the road at Colorado State on Sept. 8 … Notched his final stop of the season in week three against North Texas … Earned his best special teams grades from PFF in the first game of the year with a mark of 77.1, as two of his tackles came on the specialist units … Part of a defensive crew that racked up 882 total tackles over the course of the 2018 campaign.

2017 (REDSHIRT FRESHMAN): Played in nine games, primarily on special teams … Recorded six tackles — five on special teams and one on defense – in late-game action in the season opener against Florida A&M (Aug. 31).

HIGH SCHOOL: A consensus three-star by ESPN, Rivals, Scout and 247Sports … Ranked as a top 75 safety in the class by ESPN, 247Sports and Scout with a best of No. 49 by ESPN … Tabbed the No. 113 player in the state of Florida by ESPN … Listed as the No. 115 player in the state by 247Sports … Three-star ESPN ranking came with a grade of 77 … Named Daily Commercial All-Area Defensive Player of the Year … Earned Class 7A Associated Press All-State third team honors … Finished senior year with 115 total tackles, including 13 for loss, three pass breakups and one interception … Helped lead Lake Minneola and head coach Walter Banks to a 6-4 record … As a junior, had 73 tackles, including 10 for loss, one sack and one interception in only eight games … Tallied 64 total tackles, including one for loss, one sack and seven interceptions as a sophomore … Has a 34-inch vertical jump … Also played basketball … Chose Arkansas over South Carolina, Missouri, Louisville, North Carolina State, South Florida and Indiana.