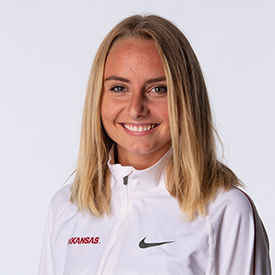 Sophomore (2017)
Utilized a redshirt during her second season with the Razorbacks.

Personal
Born on June 10, 1997 … Daughter of Eric and Wendy Clark … Has a sister,  Cassidy … Majoring in kinesiology and exercise science.