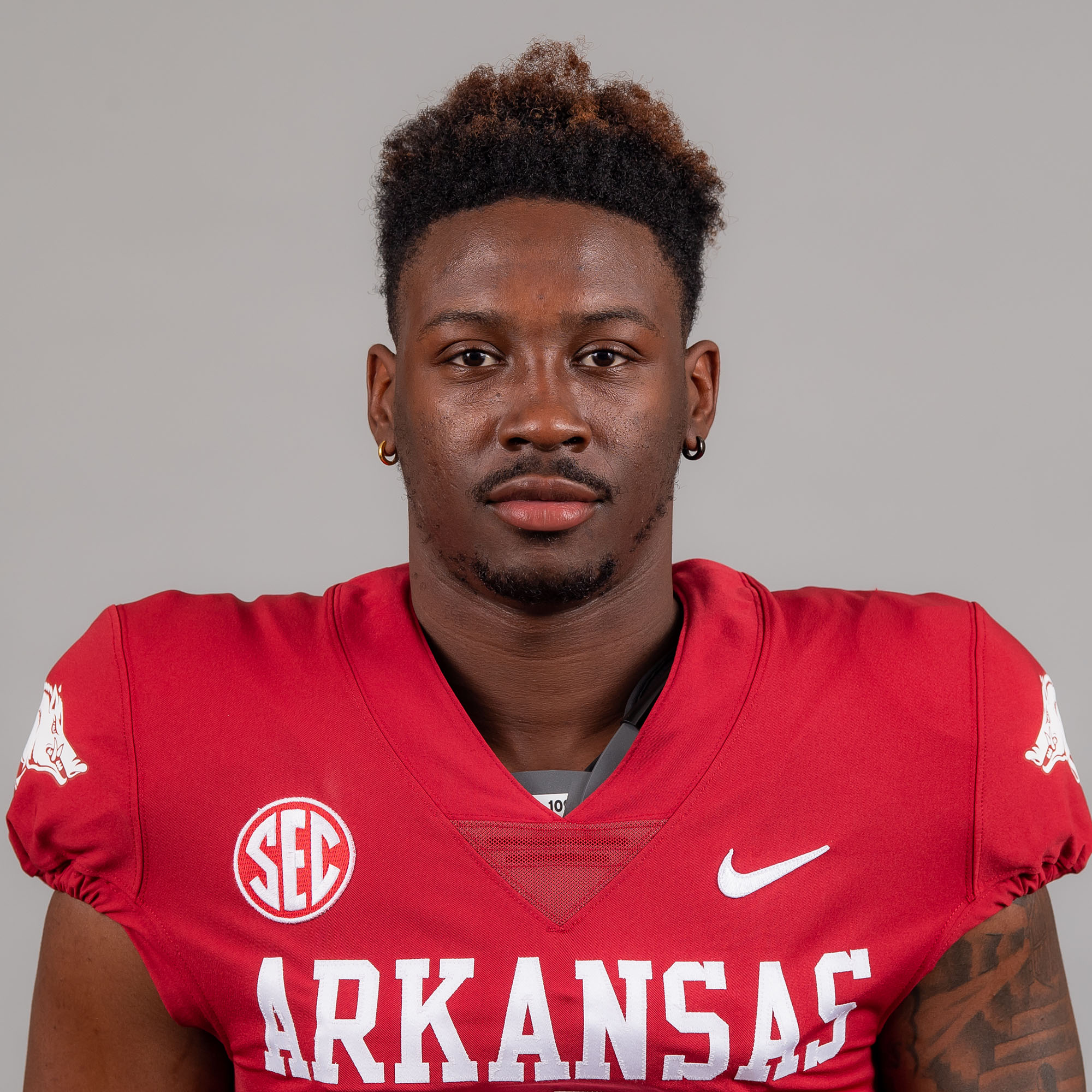 2020 (SENIOR): Played in seven games and started six before his season was cut short due to injury … Made 15 grabs for 278 yards (18.5 ypc), scored three touchdowns, and rushed four times for 35 yards (8.8 ypc) … Also returned six kicks for 120 yards (20.0) … Finished second on the team in yards per catch and third in receiving yards, receiving touchdowns and receiving yards per game (39.7) … 12 of 15 receptions went for a first down or a touchdown … Moved into second place in the program record book with 65 career kickoff returns and third place totaling 1,610 return yards … Totaled at least one catch in all seven games played … Registered his first career 100-yard game, hauling in four catches for 100 yards and a touchdown in the win at No. 16 Mississippi State (Oct. 3) … Made a career-long 52-yard reception against the Bulldogs and scored a touchdown in the second quarter on a 19-yard reception … Totaled a career-high five catches for 95 yards with two touchdowns at No. 13 Auburn (Oct. 10), becoming the first Razorback to have two receiving touchdowns in the same game since 2018 … Scored on a seven-yard catch in the second quarter and a 30-yard reception in the fourth quarter against the Tigers … Ran for a career-high 41 yards on two carries and caught one pass for eight yards in the win over Tennessee (Nov. 7) … Logged two catches for 17 yards and returned four kicks for a season-best 84 yards with a season-best 32-yard run back, the longest by any Razorback this season, at No. 6 Florida (Nov. 14) … According to Pro Football Focus, saw action in 261 offensive and 79 special teams plays … Posted a season offensive grade of 68.8 and a season single-game high of 77.0 against Mississippi State.

2019 (JUNIOR): Played in nine games for the Razorbacks in 2019 … Appeared in 180 snaps as a junior, with 104 coming on offense … Regular on Arkansas’ special teams units, seeing time at kick returner as well as on coverage squads … Returned a team-high 16 kickoffs for 326 yards, averaging 20.4 yards per return … His longest of the season came on a 37-yard return at Ole Miss on Sept. 7 … Followed it up with a 36-yarder the next week against Colorado State … Finished the year with nine of his 16 returns going for 20+ yards … Caught four passes for 19 yards, while also rushing five times for 51 yards.

2018 (SOPHOMORE): Played in nine games for the Razorbacks in 2018 … Totaled 167 snaps during his sophomore season, according to Pro Football Focus, including 98 as a receiver and 69 in kick return & coverage units … Primarily used on kickoffs, returning 14 for 399 yards, averaging 28.5 per return … Recorded his longest return of the season against Alabama on Oct. 6, taking a kick back 78 yards in the fourth quarter to set up an Arkansas touchdown … Returned a season-high four kicks vs. Eastern Illinois for 102 yards … Also had a 71-yarder at Mississippi State on Nov. 17 … Posted three catches for 14 yards, hauling in two receptions at Colorado State on Sept. 8 … His other catch was a touchdown reception against the Crimson Tide on a 17-yard pass from Ty Storey in the fourth quarter … Part of an offense that racked up 4,028 yards during the 2018 campaign.

2017 (FRESHMAN): Played in all 12 games … Led the SEC and ranked 13th nationally with a 26.38 kickoff return average … Returned 29 kicks for 765 yards, which ranks third in single-season school history … Led the SEC with four 40-plus yard kickoff returns … Longest kick return was a 100-yard touchdown against No. 21 Auburn on Oct. 21 … Had a kickoff return of 39 or more yards in five of eight SEC games … Against Auburn, returned a kickoff in the third quarter 100 yards for a touchdown to become the first Razorback since 2014 to return a kickoff for a score … It was the longest kickoff return for a score since Felix Jones’ 100-yard kickoff return in 2006 against Ole Miss and also equaled the longest touchdown in Arkansas history … Earned SEC Special Teams Player of the Week after totaling 141 yards on kickoff returns at Ole Miss on Oct. 28 … Broke his second-longest return of the season in the fourth quarter, going for 45 yards.

HIGH SCHOOL: A four-star prospect by ESPN … Ranked as the No. 18 player in Louisiana by ESPN … Tabbed as the No. 5 athlete in Louisiana and the No. 28 athlete in the south by Scout … Rated as the No. 34 athlete in the class by ESPN … Listed as the No. 37 player in the class by 247Sports … A three-year letterman at Ouachita Parish High School … A three-time all-district selection and two-time all-northeast honoree … Named a Louisiana Sports Writer’s Association All-State Class 5A honorable mention as a senior in 2016 … Earned a spot on the Central Louisiana All-District first team … Was responsible for 39 total touchdowns … Tallied 1,361 yards on the ground … Completed 57 of 128 passes against just one interception for 1,022 yards … Had 317 total yards and seven touchdowns in a 54-35 win against Natchitoches (La.) Central High School … Followed that performance with 136 rushing yards and six touchdowns against Alexandria (La.) High School … Rushed 26 times for 215 yards and four TDs against Ruston … As a junior in 2015, played quarterback and had more than 2,200 yards of total offense and 27 TDs … Threw for 235 yards and three scores as a sophomore in 2014 … Also rushed for 628 yards and six TDs … Coached by Jeff Fitzgerald … Chose Arkansas over Colorado State.

PERSONAL: Born on Nov. 1, 1998 … Son of Roxanne and Lavell Warren … Has a younger brother, Jakob … Undecided on a major.