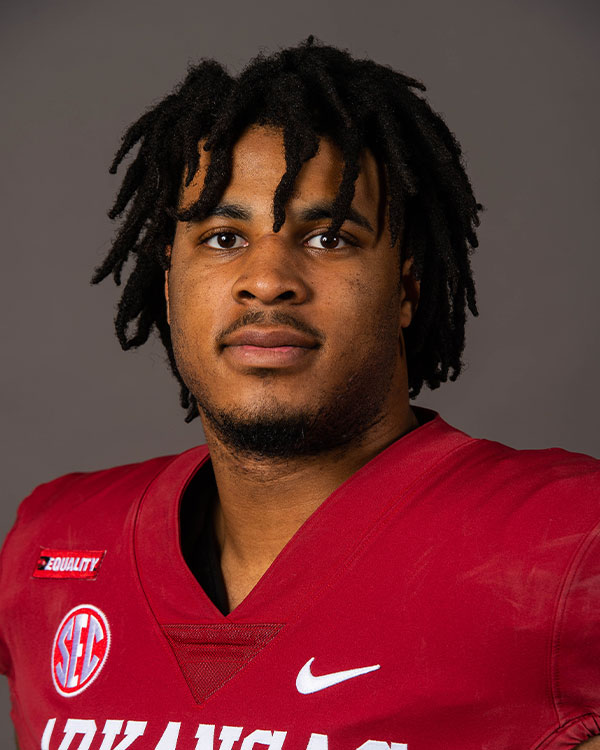 HIGH SCHOOL: Three-star prospect by Rivals, 247Sports and ESPN … Three-year varsity letterwinner at Crowley High School in Crowley, Texas … Guided the Eagles to a 9-2 overall record in 2019, including a first-round appearance in the Texas state 5A playoffs … Earned All-District honors after his junior season … Rushed for 1,109 yards and 15 touchdowns in 2018, helping the Eagles to a 7-4 record and a berth in the 5A playoffs … Rushed for over 100 yards in six games, including a season-high 231 yards and three touchdowns against Brewer HS on Sept. 20 … CHOSE ARKANSAS OVER: Missouri and others.