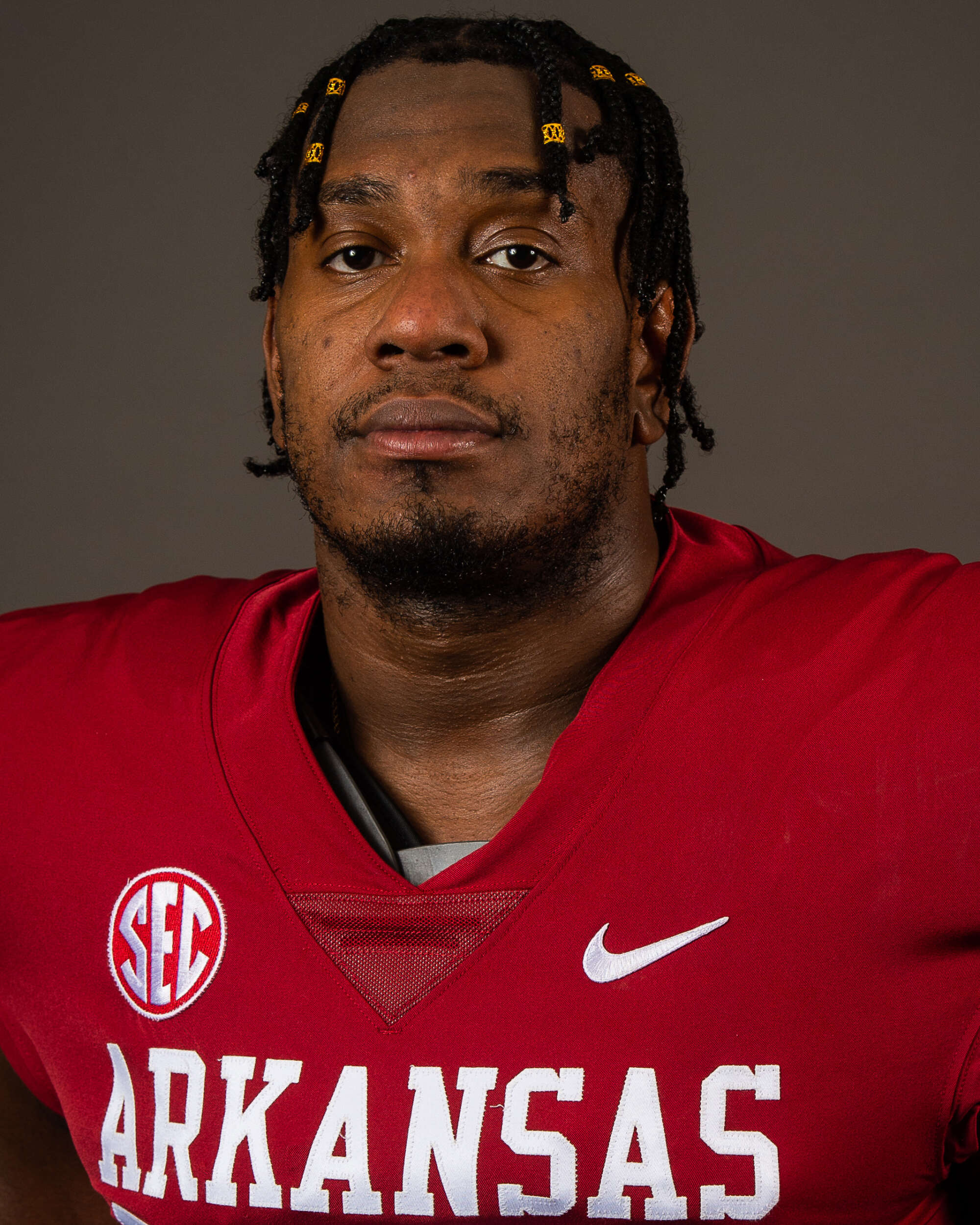 2021 (REDSHIRT SENIOR): Played in one game before suffering a season-ending injury … Appeared in season opener against Rice (Sept. 4), logging a quarterback hurry.

2020 (REDSHIRT SENIOR): Played in six games and made one start … Logged five tackles (three solo) with 1.5 tackles for loss, 1.5 sacks and one quarterback hurry … Made his only start of the season at defensive end while recording a season-high four tackles with 1.5 tackles for loss and 1.5 sacks in the season opener against Georgia (Sept. 26) … Wrapped up Georgia QB D’Wan Mathis for a loss of 17 yards, his first career sack as a Razorback … Combined with teammate Bumper Pool for half-a-sack, taking down Georgia QB Stetson Bennett for a loss of six yards … Missed time with a leg injury sustained against Georgia … Recorded a quarterback hurry against Florida (Nov. 14) … According to Pro Football Focus, played 102 defensive and 10 special teams snaps … Posted a season single-game high 66.8 defensive grade against Georgia.

2019 (REDSHIRT JUNIOR): Played in the opening contest against Portland State, appearing in 20 snaps … Had one tackle in the game against the Vikings and one pass breakup … Suffered a season-ending injury during the contest and redshirted the remainder of the season.

2018 (JUNIOR): Played in eight games during his first season with the Razorbacks, starting the final two road matchups at defensive end … Totaled 275 snaps of the course of the year, according to Pro Football Focus, with 245 coming on the D-line … Racked up 21 tackles, eight solo, with 2.5 TFL for 13 yards … Also broke up two passes and was credited with two quarterback hurries … Opened the season with two tackles against Eastern Illinois (Sept. 1) … Recorded multi-tackle performances in each of the last five games of the year, topping off with nine at Mississippi State on Nov. 17 … Graded out above 71.0 in tackling from PFF in seven contests, hitting a season-high on the road against the Bulldogs at 79.2 … Finished the year with an 83.4 overall mark in tackling from PFF … Part of a defensive crew that racked up 882 total tackles over the course of the 2018 campaign.

HIGH SCHOOL: Four-star prospect per ESPN … Rated the No. 1 defensive end in the country by ESPN and the No. 4 overall player on the ESPNJC50 list … Considered the No. 1 strongside defensive end by 247Sports … No. 17 overall JUCO prospect in the nation by 247Sports … Totaled 96 tackles, including 43.0 for loss and 22.0 sacks, over the last two seasons … Also broke up five passes, forced six fumbles  and recovered two fumbles … Collected 42 tackles, including 19.0 for loss and 10.0 sacks, to go along with two PBUs, two fumbles forced and one fumble recovered in 10 games played in 2017 … In 2016, posted 54 tackles, including 24.0 for loss and a conference-best 12.0 sacks, in addition to four breakups, four fumbles forced and one fumble recovered … Earned first-team SCFA All-Conference honors … Was the all-time sack leader when he left West Florence High School … Chose Arkansas over Florida, Florida State, Georgia, LSU, Miami, Nebraska, Oklahoma, South Carolina, Tennessee and others.