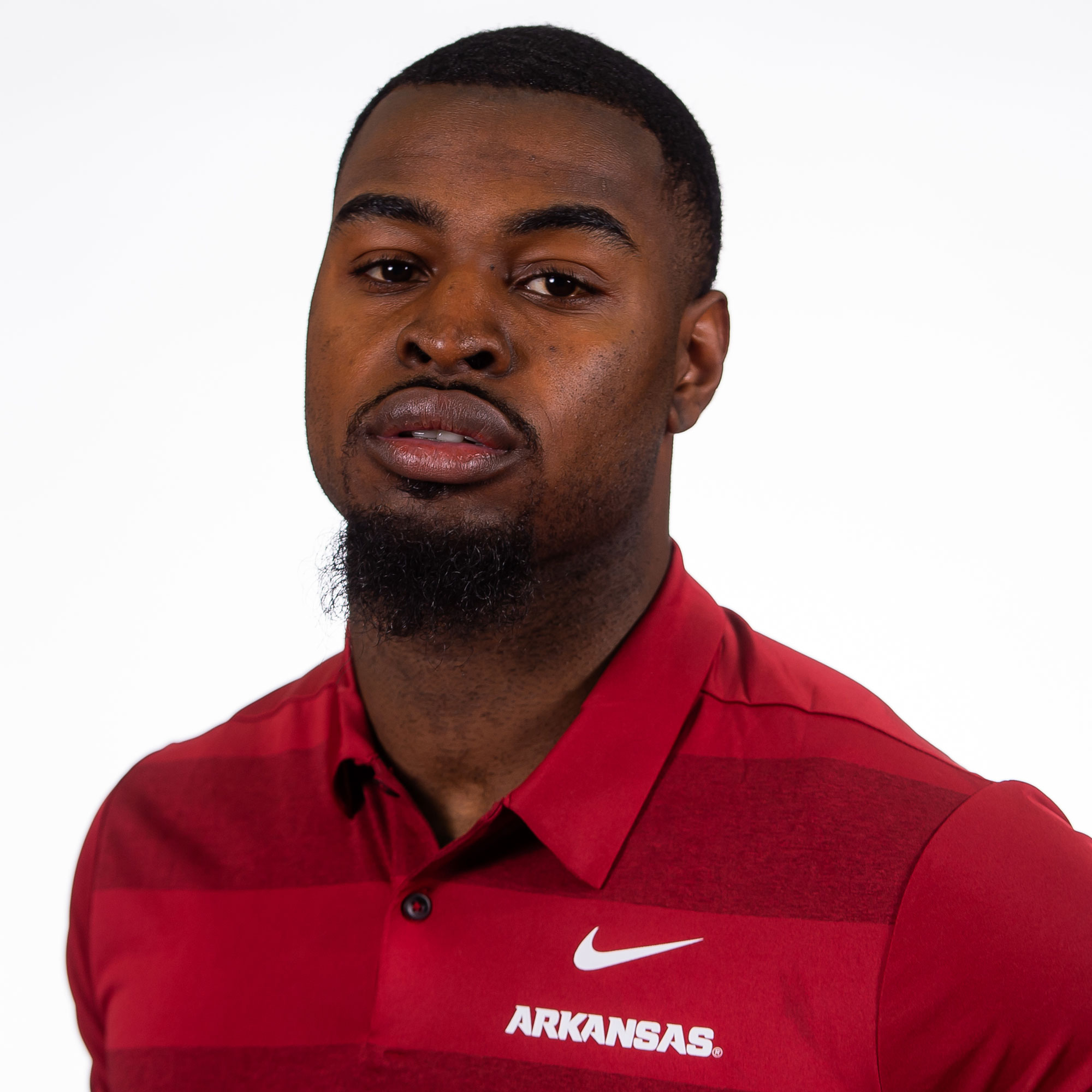 2018 (SOPHOMORE): Played in all 12 games for the Razorbacks as a sophomore, starting six games at the nickelback spot … Totaled 466 snaps over the course of the 2018 season, according to Pro Football Focus, with 370 on defense and 96 on Arkansas’ special teams units … Recorded 26 total tackles, 19 solo, including 2.0 tackles for loss (11 yards) and a sack (eight yards) … Also broke up three passes and forced a fumble … Posted two tackles in that contest against the Panthers, which featured his one sack of the year, a strip-sack that was returned 60 yards by the Razorbacks to the EIU five-yard line … Followed it up with a season-high nine, five solo, at Colorado State a week later … Put together multi-tackle performances in five of the last six games, reaching three tackles against Tulsa (Oct. 20), Vanderbilt (Oct. 27) and at Mississippi State (Nov. 17) … Hit a season-best 80.4 grade from PFF in tackling against the Golden Hurricane, while finishing out the year with three consecutive games with marks over 75.0 in the category … Part of a defensive crew that racked up 882 total tackles over the course of the 2018 campaign.

HIGH SCHOOL: Earned all-state honors after catching 58 passes for 944 yards and nine touchdowns as a senior in 2011 … Also rushed 36 times for 293 yards and three touchdowns … Added 234 yards on eight kickoffs … Twice named to the All-Arkansas Baseball Team by the Northwest Arkansas Democrat-Gazette … Was a second-team Rawlings High School All-America selection and first-team all-southeast region by Rawlings … Also named to the 2012 Louisville Slugger Pre-Season High School All-America team … Signed to play baseball for the Razorbacks in 2011, but was selected by the Cleveland Indians in the fourth round of the 2012 MLB Draft … Played four seasons in the Indians’ minor league system.

PERSONAL: Born on Jan. 22, 1994 … Son of Cynthia and Robert McClure … Has six siblings: DeShone, Dmon, Damon, Broderick, Robert and Nakeisha … DeShone played for the Texas Legends, the NBA Development League affiliate for the Dallas Mavericks, in 2014.