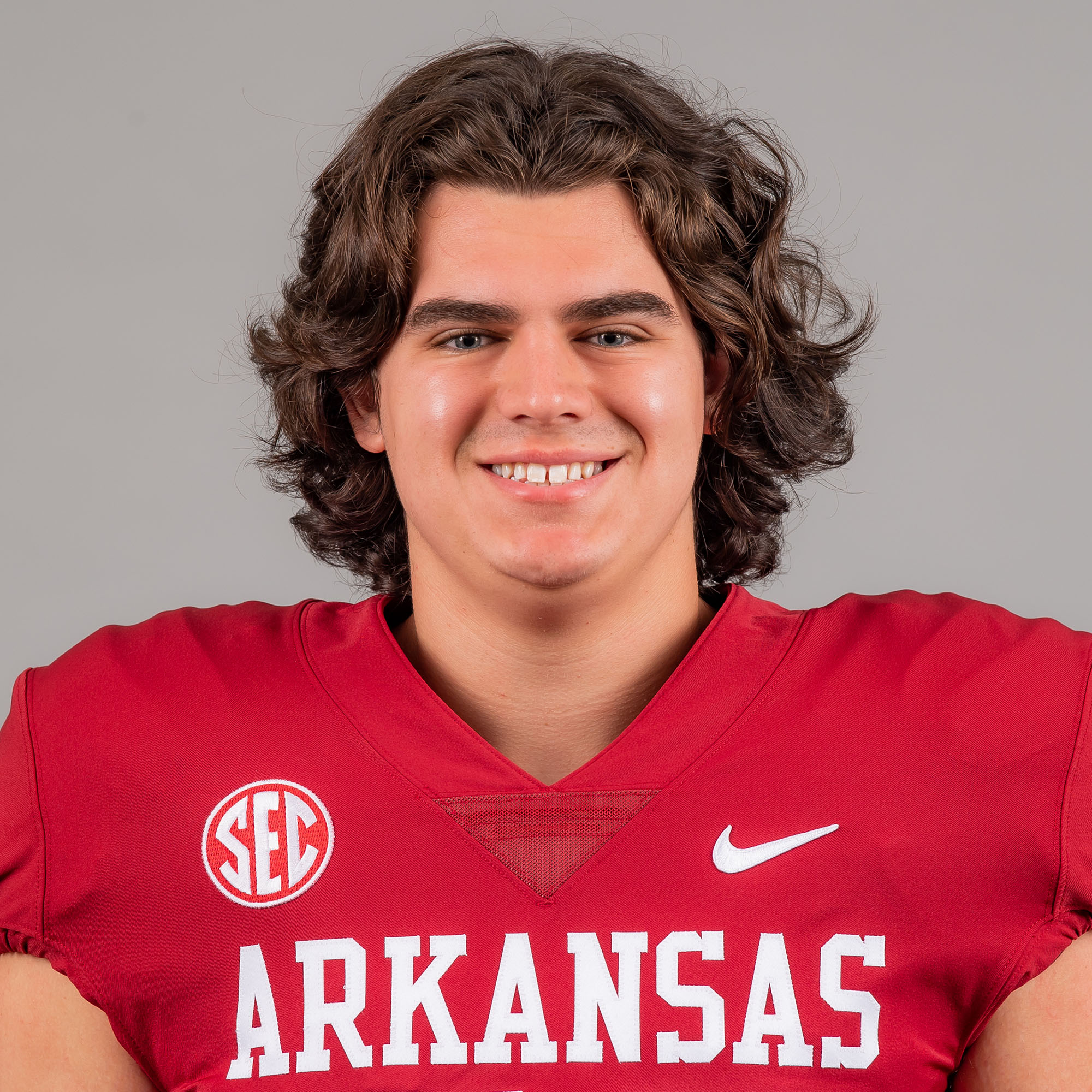 HIGH SCHOOL: Played four seasons for head coach Rodney Guin at Calvary Baptist Academy in Shreveport as a long snapper and offensive tackle … Named All-District 1-1A Second Team as a tackle in 2019 … Named LHSAA All-Academic in both football and power lifting while commanding a 4.00 GPA … Rated the No. 44 player in his class and a 4.5 star rating by Rubio Long Snapping … Won the snapping competition at the 2019 Rubio Long Snapping Spring Camp in Texas … According to Rubio Long Snapping, one of the more consistent snappers in his class … Served as the starting offensive tackle as a senior for a Calvary Baptist team that finished the year 11-1 and reached the state quarterfinals …  Also a member of the Calvary Baptist Powerlifting team and finished third at the 1A State Championship …  CHOSE ARKANSAS OVER: Kansas, Louisiana Tech and others.