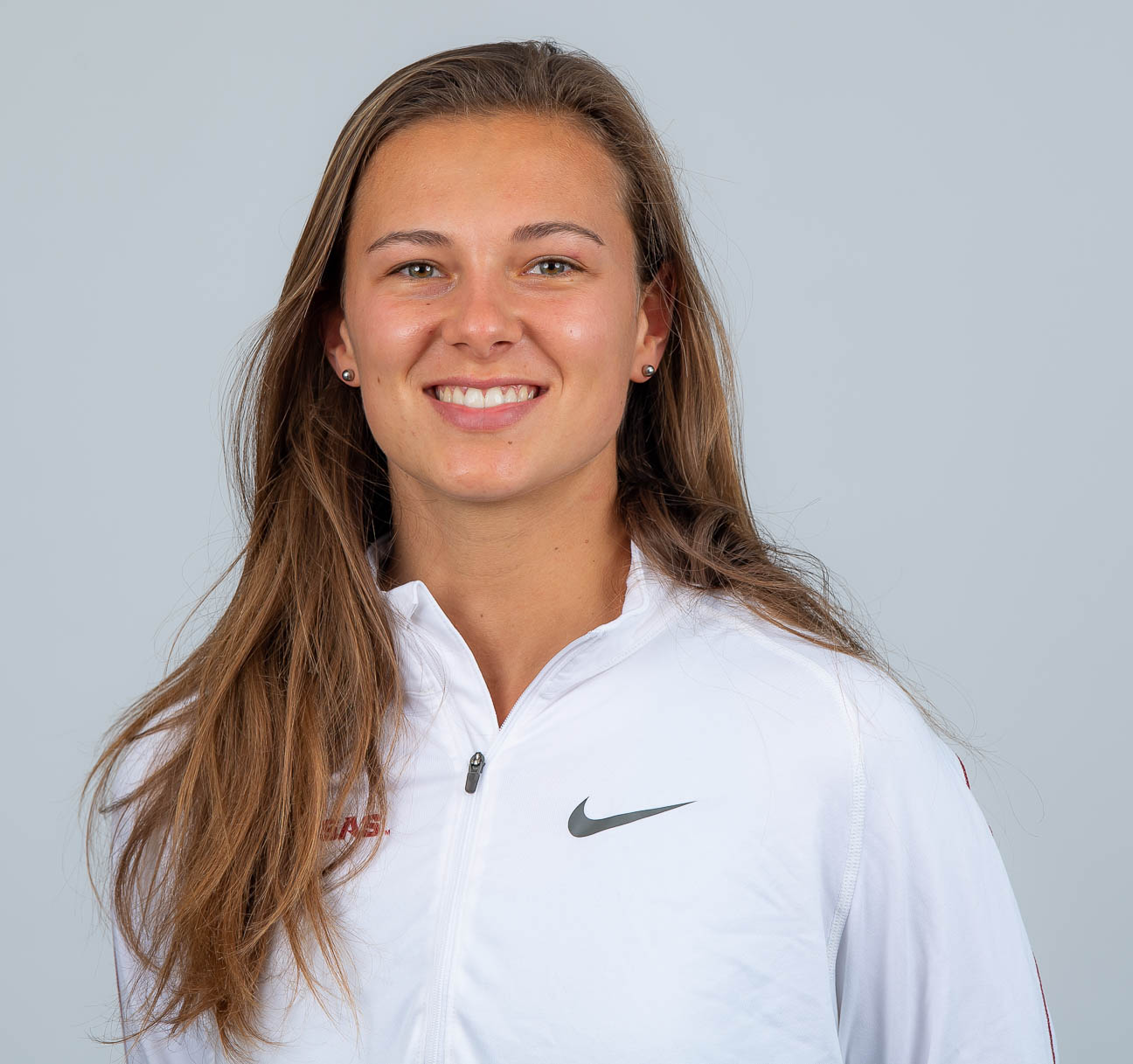 Elien Vekemans was born April 30, 2001 in Leuven, Belgium … Hometown is Leuven … Parents are Kris Vekemans and Tina Timmermans … Has two brothers, Daan and Noa … Majoring in Biological Engineering … Ambition is to compete in the Olympics … Favorite athlete is heptathlete Nafi Thiam of Belgium, and the person she most admires is pole vaulter Mondo Duplantis … Loves traveling … Chose Arkansas for the track and field team along with the major she wants to pursue.