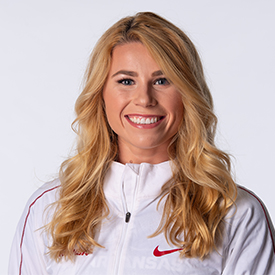 Redshirt-Freshman (2018)
Competed in four meets during the outdoor season… Capped the season with a 10th-place finish at the Arkansas Twilight clearing 3.54m (11′-7.25″)…

High School
Qualified for the 2016 AHSAA 7A State Championship in three events, placing top six in two out of the three, including the pole vault (fourth) and the 100 hurdles (sixth) … Finished fourth in the pole vault with an 11-foot clearance at the USATF Arkansas Association Indoor Pole Vault Championship.

Personal
Born on Feb. 4, 1998 … Daughter of Craig and Julie Potter … Has one sister; Jessica Anderson and one brother-in-law; James Anderson … Majoring in biochemistry.