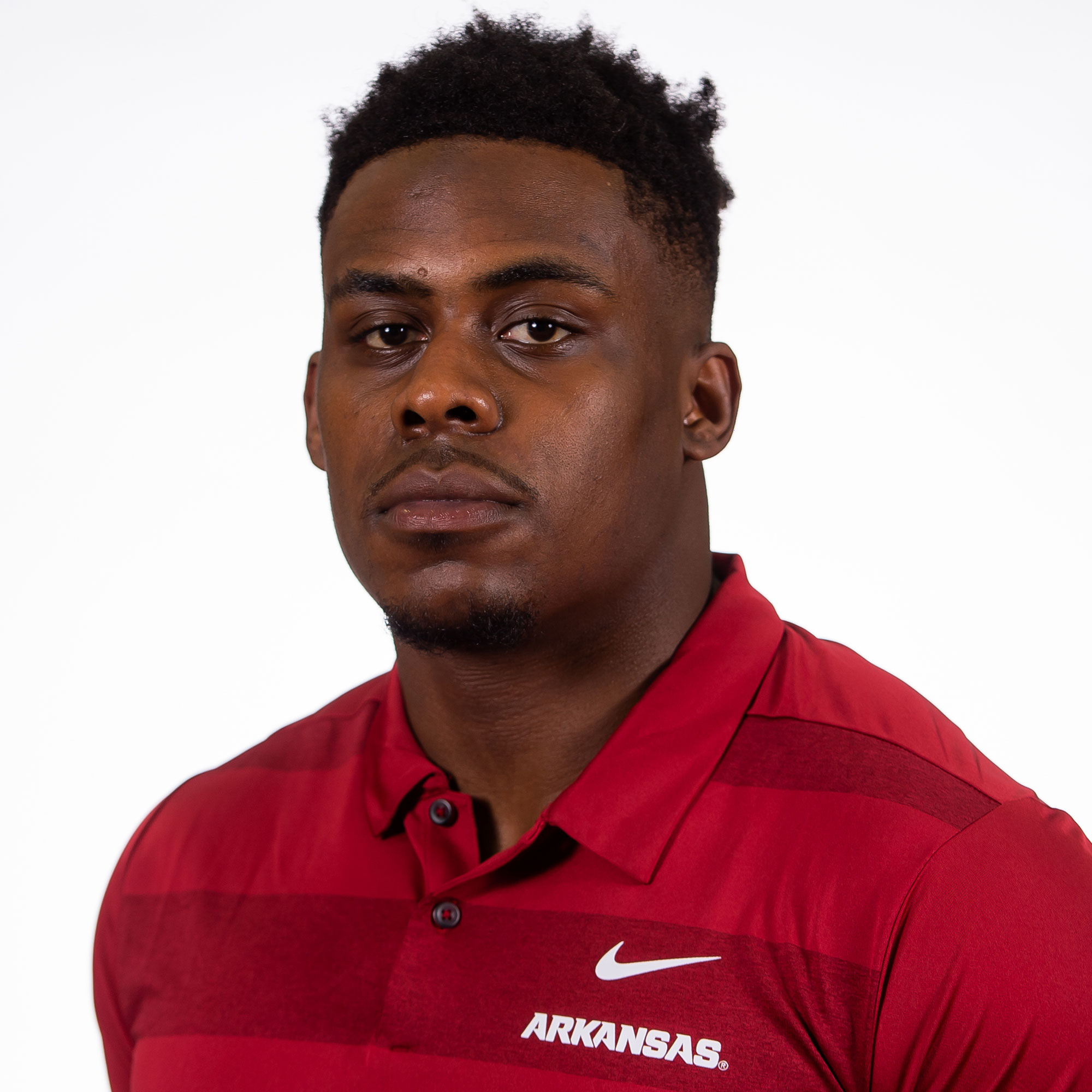 2018 (SOPHOMORE): Played in nine games for the Razorbacks in 2018 … Totaled 53 snaps over the course of his sophomore season, seeing eight plays on defense and 45 on kick & punt coverage, as well as on the punt return units … Recorded three tackles, one solo … Recorded his lone solo stop in the season opener against Eastern Illinois, then posted two assisted tackles on the road at Mississippi State on Nov. 17.

HIGH SCHOOL: A consensus three-star recruit by ESPN, Rivals, Scout and 247Sports … Rated as the No. 23 inside linebacker in the class of 2016 by 247Sports … Ranked as the No. 32 outside linebacker in the nation by ESPN … Listed as the No. 54 inside linebacker in the country and No. 1 inside linebacker in the state of Louisiana by Scout … Earned an ESPN scout grade of 78 as the No. 36 player in the state of Louisiana … A consensus top 50 player in the state of Louisiana by ESPN, 247Sports (No. 42) and Rivals (No. 50) … Registered over 250 tackles in his two years at Saint Augustine, earning All-District honors both seasons … Named to the New Orleans Advocate Large School All-Metro second team as a senior … Totaled 99 tackles, including 73 solo, eight tackles for loss and five sacks during his senior season at Saint Augustine under head coach Al Jones … Put together five double-digit tackle performances during the 11-game season while also rushing for 128 yards and four touchdowns … Had 88 tackles, 12 tackles for loss, five sacks and two forced fumbles as a junior after a 76-tackle sophomore campaign … Selected Arkansas over Louisville, Texas Tech, Oklahoma State, Arizona State, Cal, Utah and others.