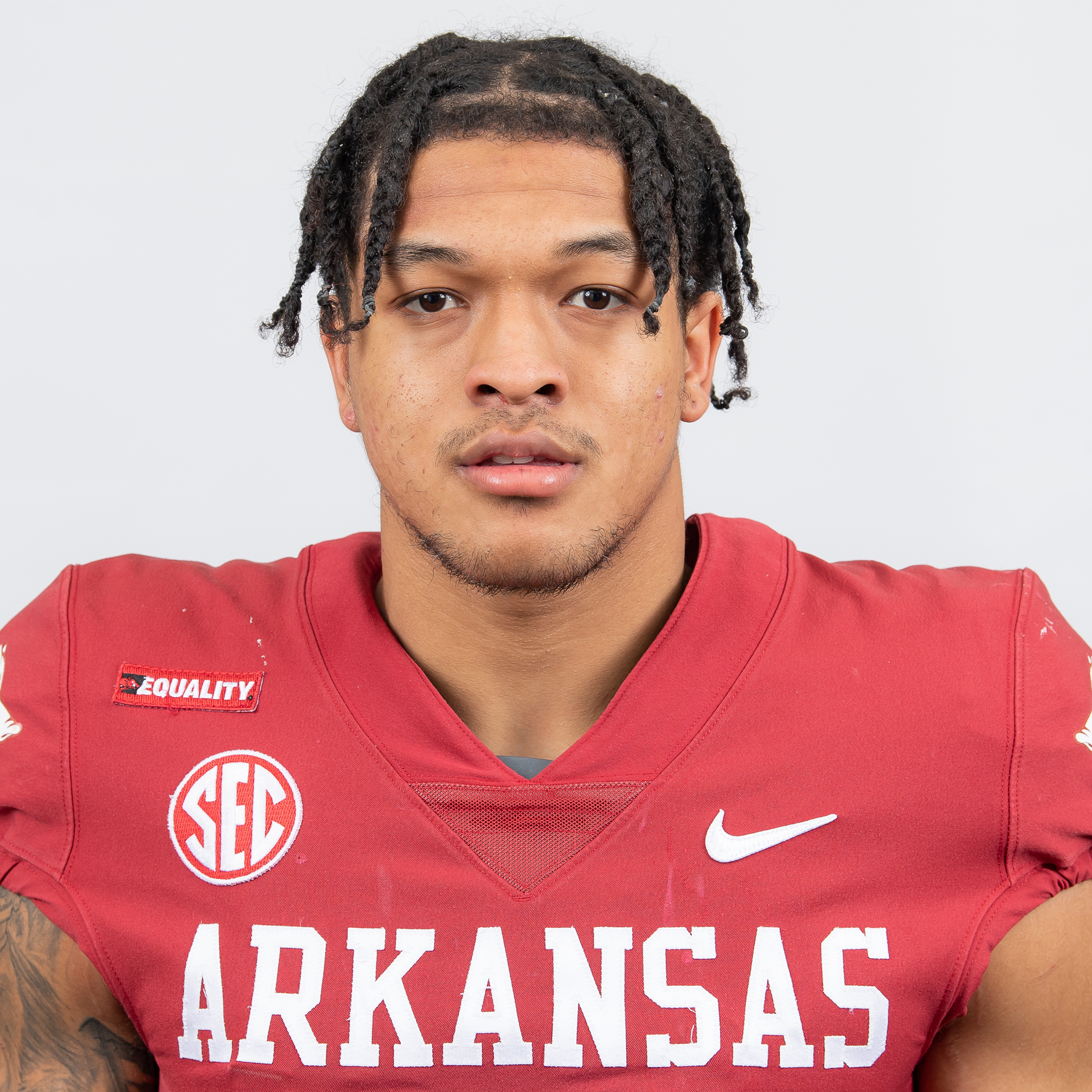 2020 (SOPHOMORE): Played in nine games, making eight starts at nickelback … Logged 39 tackles (22 solo), sixth-most on the team and fourth-most by a defensive back … Also added 3.0 tackles for loss, two interceptions, one pass broken up and two quarterback hurries … Recorded a team-best 79 interception return yards … Made two tackles with a quarterback hurry in the season opener against Georgia (Sept. 26) … Recorded Arkansas’ first interception return for a touchdown since 2016, picking off QB K.J. Costello and returning it 69 yards for a touchdown on the game’s first drive in the win at Mississippi State (Oct. 3) … Posted four tackles with 1.0 tackle for loss at Auburn (Oct. 10) … Made his second interception of the season, picking off QB Matt Corral, and recorded a career-high seven total tackles and 1.5 tackles for loss in the win over Ole Miss (Oct. 17) … Combined with Myles Mason to stop Ole Miss on a 4th-and-goal play from the one yard line on the opening drive of the second half … Notched 0.5 tackles for loss at Texas A&M (Oct. 31), making a stop behind the line of the scrimmage for the second straight week … Registered three tackles with a pass broken up in the win over Tennessee (Nov. 7) … Totaled three tackles against Florida (Nov. 14) and five against LSU (Nov. 21) … Made five tackles, including a season-high five solo tackles against Missouri (Dec. 5) … Did not play in the season finale against Alabama (Dec. 12) … According to Pro Football Focus, played 584 defensive and 115 special teams snaps … Tallied a 58.7 defensive grade and a single-game high grade of 67.9 against Missouri.

2019 (FRESHMAN): Started all 12 games at nickelback for the Razorbacks in 2019 … Played in 515 snaps in his debut season, the most of any freshman at Arkansas in 2019 … Recorded 25 total tackles, 13 solo, with three pass breakups, a quarterback hurry and an interception … Notched his first collegiate tackle at Ole Miss on Sept. 7 as part of a four-tackle night … It would be one of two times he tallied three solo stops, also doing so against Western Kentucky on Nov. 9 … Racked up five tackles in the game against WKU, matching a season-high set earlier in the year vs. San Jose State (Sept. 21) … Had at least one tackle in five of the last six games … Did not record a stop against Missouri, but picked off the first pass of the second half against the Tigers on Nov. 29 in Little Rock for his first career interception … Earned a coverage grade of 81.6 from Pro Football Focus vs. Missouri.

HIGH SCHOOL: Four-star prospect by Rivals and ESPN … Rated as the No. 35 cornerback in the nation and 18th overall in the state of Louisiana by ESPN … Four-year varsity letterwinner at West Jefferson High School in Harvey, Louisiana … Racked up 55 tackles and five interceptions as a junior in 2017 for the Buccaneers … Father Greg Brooks Sr. played collegiate football as a defensive back for one year at Michigan and three seasons at Southern Miss before being drafted in the sixth round of the 2004 NFL Draft by the Cincinnati Bengals … CHOSE ARKANSAS OVER: Mississippi State, Ole Miss, Missouri, Vanderbilt and others.