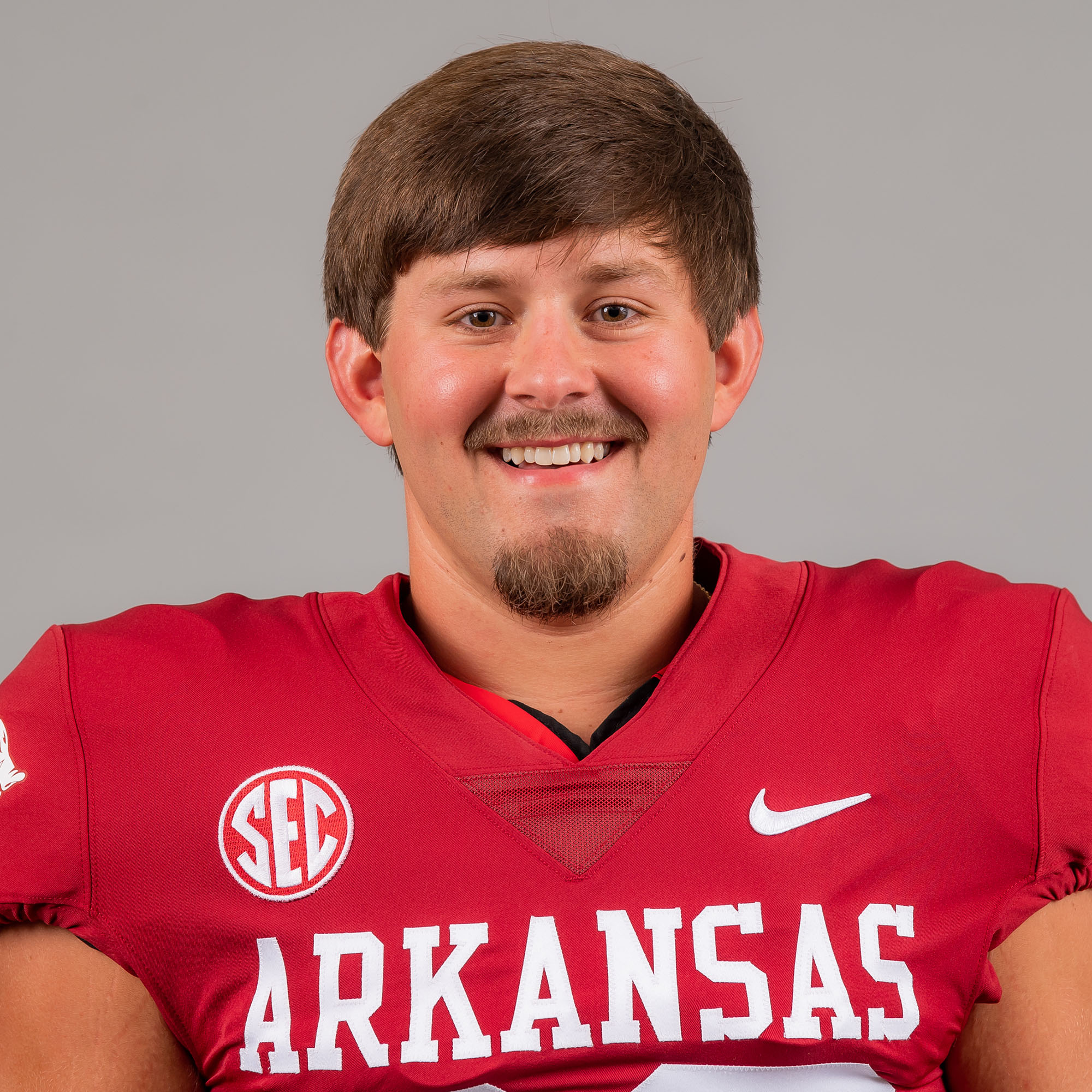 PRIOR TO ARKANSAS: Attended NAIA Lindsey Wilson University in Columbia, Ky for four years … Served as the Blue Raiders primary long snapper in 2018 and 2019, appearing in 24 games over his three-year career … Named to the National Football Foundation & College Hall of Fame Hampshire Honor Society … Selected to the Academic All Mid-South Conference team in 2019 … Named a Daktronics-NAIA Scholar-Athlete in 2018 … In 2019 was a member of a Lindsey Wilson squad that finished 12-1 and reached the NAIA national semifinals … Played offensive and defensive line in addition to long snapper at Escambia Academy in Flomaton, Ala … Selected to the AISA First Team and Brewton Standard All-County Team as an offensive lineman his senior season … Coached by Hugh Fountain at Escambia Academy … Also played baseball in high school.

PERSONAL: Born May 3, 1997 … Son of Susan and Hugh Fountain … Dad Hugh was his high school football coach and has been a high school head coach in Alabama for 32 years … Dad Hugh was an offensive lineman at Troy and was a member of the 1984 NCAA Division II National Championship team … Has two siblings, Hannah and Troy.