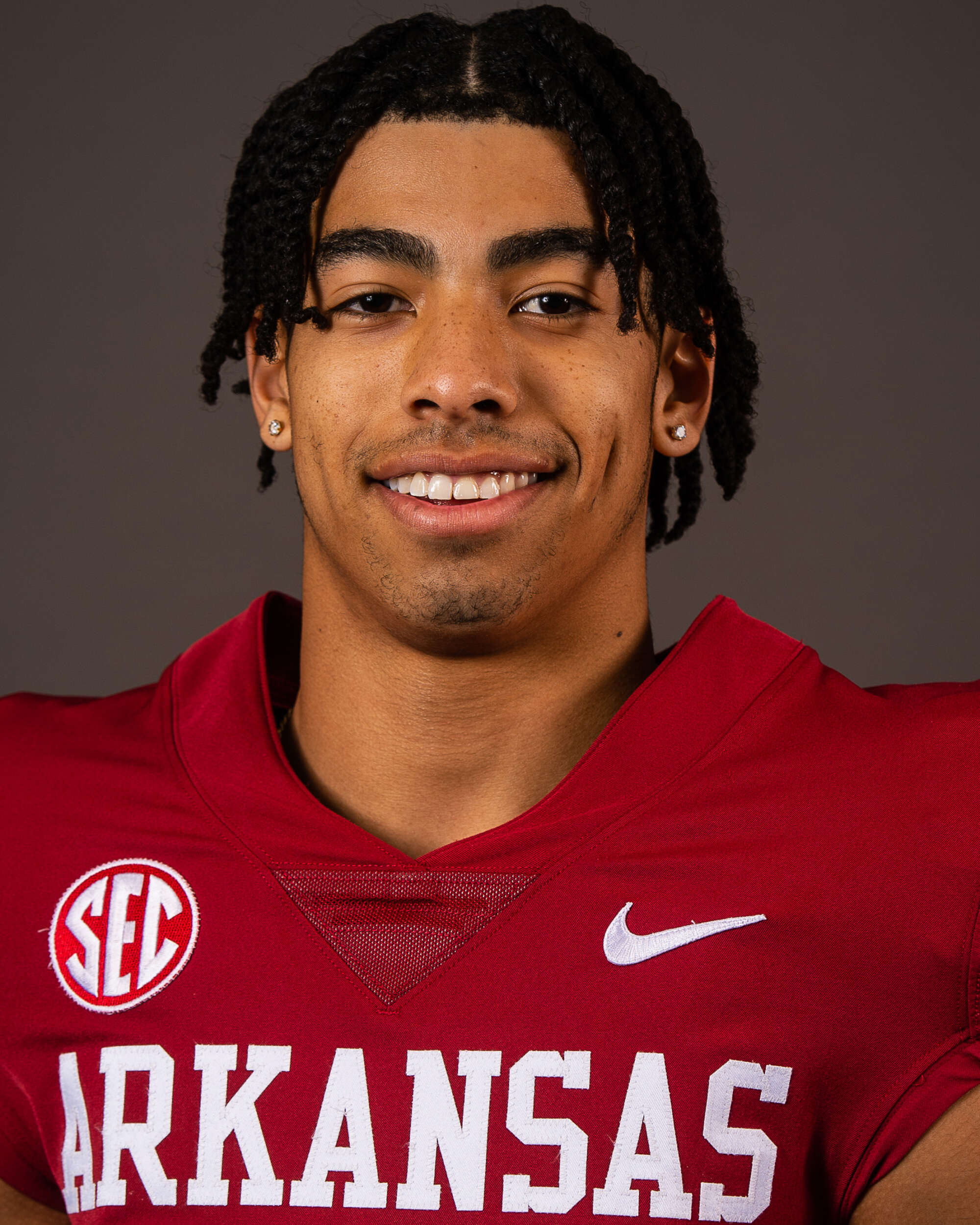 HIGH SCHOOL: Consensus four-star prospect by 247Sports, Rivals and ESPN … Member of Rivals250, coming in as the No. 159 overall prospect in the nation … Top-rated prospect in the state of Arkansas and No. 29 wide receiver according to 247Sports … No. 1 overall prospect in Arkansas and No. 24 wide receiver in the country by Rivals … Played wide receiver for head coach and former Arkansas QB Casey Dick at Fayetteville High School … 172 receptions for 3,261 yards and 25 touchdowns during his high school career, including 100 catches for a nation-leading 1,908 yards and 17 touchdowns as a senior for state runner-up Bulldogs … Totaled six rushing attempts for 157 yards and three touchdowns on the ground in his career … Also returned kickoffs, accumulating 484 total return yards (24.2 avg.) with one kickoff return touchdown during his high school career … Competed in track & field at Fayetteville, checking in as the No. 4 prospect in the nation for the 2022 class by MileSplit … Named 2021-22 Gatorade Arkansas Boys Track & Field Player of the Year … CHOSE ARKANSAS OVER: Auburn, Baylor, Cincinnati, Colorado, Florida State, Oregon and others.