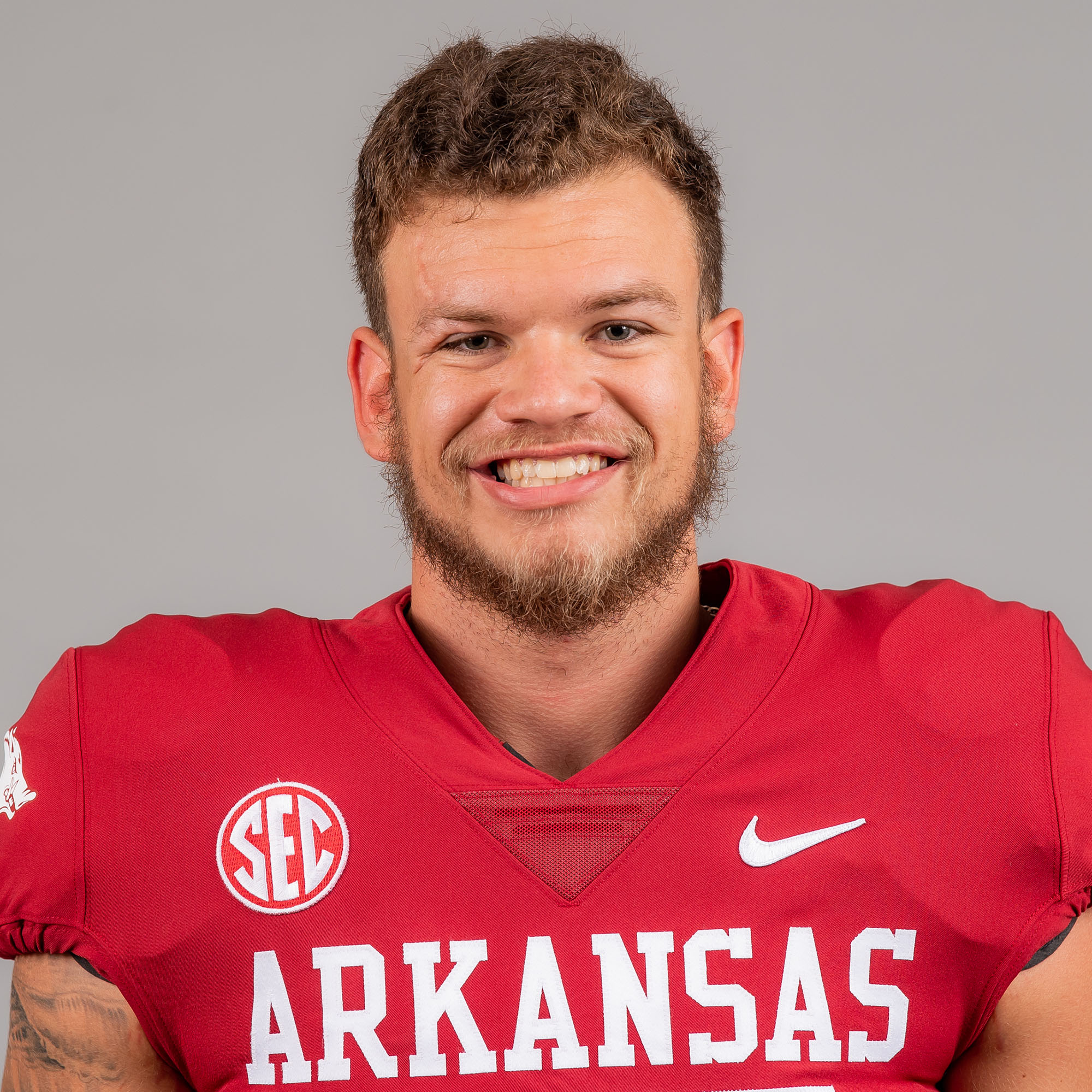 HIGH SCHOOL: Three-star prospect by Rivals, 247Sports and ESPN … Rated as the No. 45 inside linebacker in the country by ESPN … Ranked as the ninth overall player in the state of Arkansas by 247Sports … Four-year varsity letterwinner, played his senior season at Joe T. Robinson High School in Little Rock, Arkansas … Led the team with a whopping 171 total tackles as a senior in 2019, producing 105 solo stops and 47 tackles for loss, including 11 sacks … Also forced four fumbles and recovered another, while rushing for 107 yards, passing for 60 and catching a pass for 14 yards on the offensive side of the ball … Helped the Senators to a 14-1 record and No. 7 ranking in the state, rolling to the 2019 4A State Championship behind a 56-28 victory in the title game … Played quarterback at Glen Rose High School, completing 84-of-190 passes as a junior for 1,331 yards and 11 touchdowns, while rushing 124 times for 735 yards and 14 touchdowns … Led the Beavers to a 9-2 record and a second round berth in the 2018 Texas State 3A tournament … CHOSE ARKANSAS OVER: Army, Oklahoma, Memphis, Navy, Texas Tech and others.