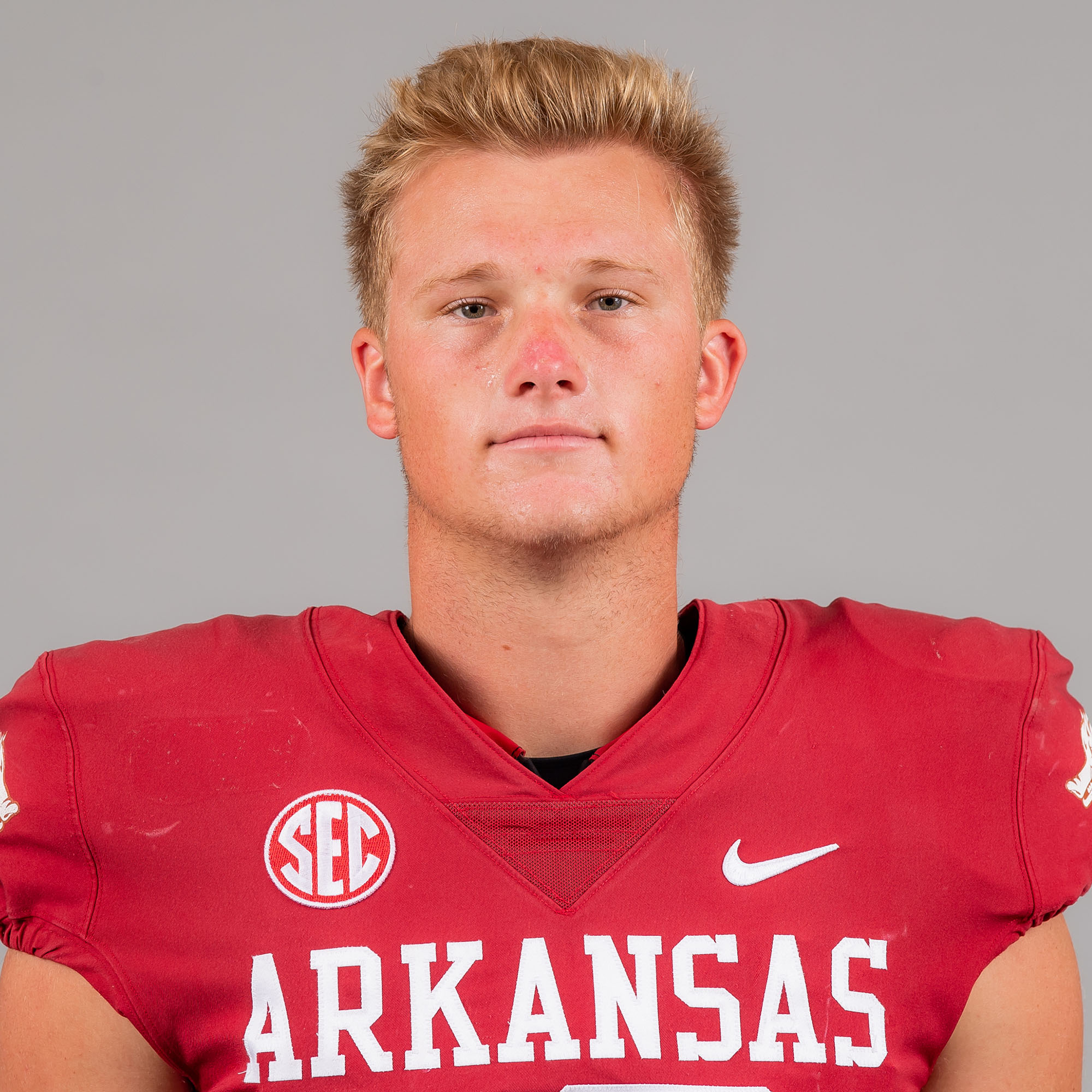 2019 (REDSHIRT JUNIOR): Played in 11 of 12 games for the Razorbacks in 2019, starting at quarterback in the season finale against Missouri on Nov. 29 … Primarily served as the team’s holder on field goal/extra point opportunities, but lined up at quarterback in the final two games of the year … Totaled 75 snaps on offense, according to Pro Football Focus, including 59 vs. Missouri in Little Rock … Appeared in relief in the fourth quarter against LSU on Nov. 23, going 3-for-4 for 51 yards, connecting with Mike Woods on a 24-yard touchdown pass for his first collegiate touchdown … Also reeled off a 30-yard run in the game in Baton Rouge … Went 10-of-26 passing for 75 yards and two touchdowns in the final game of the year vs. Missouri … Hit Trey Knox (19 yards) and Grayson Gunter (10 yards) for touchdowns in the first and third quarters of the game, respectively, while also running for 50 yards on four rushing attempts … Part of an offense that finished with 4,081 total yards and 28 touchdowns, including 2,315 yards and 14 scores through the air.

2018 (REDSHIRT SOPHOMORE): Played in 10 games for the Razorbacks as a sophomore in 2018 … Totaled 46 snaps on special teams, primarily serving as the team’s field goal/extra point holder.

HIGH SCHOOL: As a senior, completed 201 of 365 passes for 2,226 yards, which ranked second in the Arkansas 7A West Conference … Tossed 16 touchdown passes and rushed for a pair of touchdowns while throwing just six interceptions … Led Springdale to its first playoff appearance since 2011 under first-year head coach and former Arkansas QB Zak Clark, who spent the previous five seasons as an assistant at Fayetteville High School.

PERSONAL: Born on May 6, 1998 … Part of a long line of Razorbacks … Son of Lyndy and Laura Lindsey … Lyndy was a four-year letter winner at Arkansas from 1988-91 … Grandson of former Razorback great Jim Lindsey, who was a member of the 1964 national championship team and a captain of the 1965 team that went 10-1 and won the Southwest Conference title … Nephew of Springdale head coach Zak Clark, who lettered at Arkansas from 2000-01 … Has two younger brothers, Sam and Link, and a younger sister Libby … Recreation and sport management major.