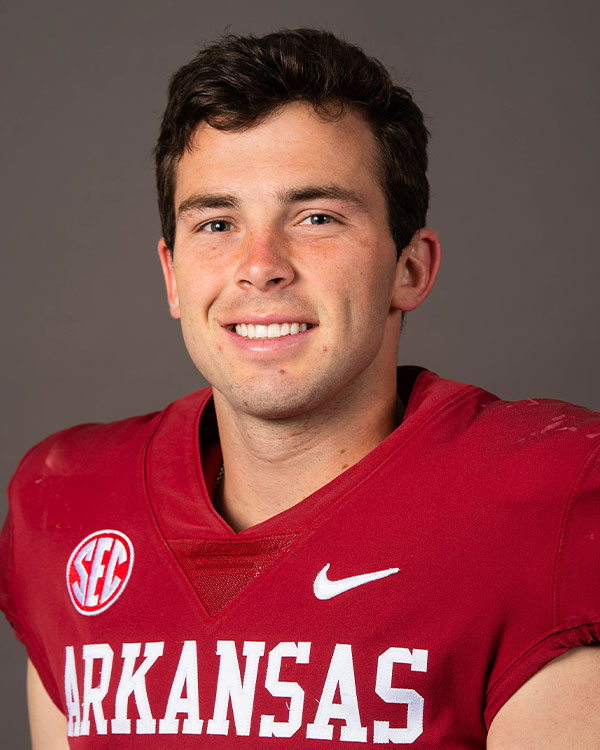 2020 (SOPHOMORE): Played in 12 games as a kicker on kickoffs…helped Texas State lead the Sun Belt Conference in kickoff coverage…averaged 61.6 yards on 60 kickoffs…had 32 kickoffs result in touchbacks…averaged a net average of 42.1 yards per kickoff.

At UCA
Played soccer for two seasons at Central Arkansas… started 29 of 36 games in his two-year career… made started 11 of 18 matches as a sophomore… ranked second on the team with nine points after scoring three goals and handing out three assists as a sophomore… earned a spot on the collegesoccernews.com National Team of the Week, and was named the topdrawersoccer.com National Player of the Week and the Missouri Valley Conference Defensive Player of the Week after scoring the lone goal after helping Central Arkansas clinch its second straight MVC championship with a 1-0 victory over Missouri State… started 18 matches and finished with one goal and four shots on goal as a freshman.