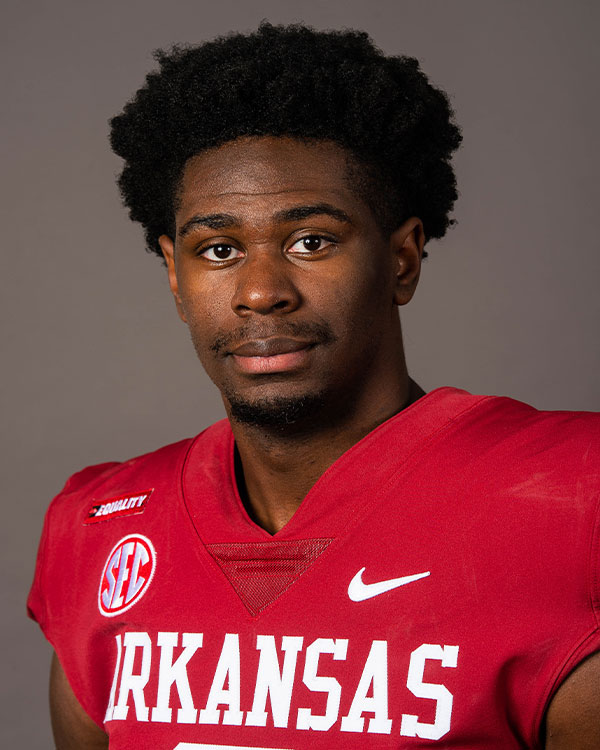 2020 (FRESHMAN): Redshirted during initial year with the program.

HIGH SCHOOL: Three-star prospect by Rivals, 247Sports and ESPN … Rated inside the top 100 at his position and in the state of Georgia by ESPN … Four-year varsity letterwinner in both football and basketball at Woodward Academy in College Park, Georgia … Recorded 45 total tackles as a senior in 2019 for the War Eagles, including 31 solo and 10 for loss … Also forced two fumbles and earned a pass breakup, as well as 27 receptions on offense for 437 yards and seven touchdowns … Helped Woodward Academy to a 13-1 overall record and a semifinal appearance in the 2019 Georgia High School Football Class 4A playoffs … Tallied 51 stops, 39 solo, seven for loss, with two interceptions over 12 games as a junior … Hauled in 11 receptions and a touchdown pass over 107 yards on the offensive side of the ball … Helped Woodward Academy reach the second round of the 2018 state tournament … Earned First-Team All-Region Defensive team honors for Region 4-4A … CHOSE ARKANSAS OVER: Cincinnati, Louisville, Memphis and others.