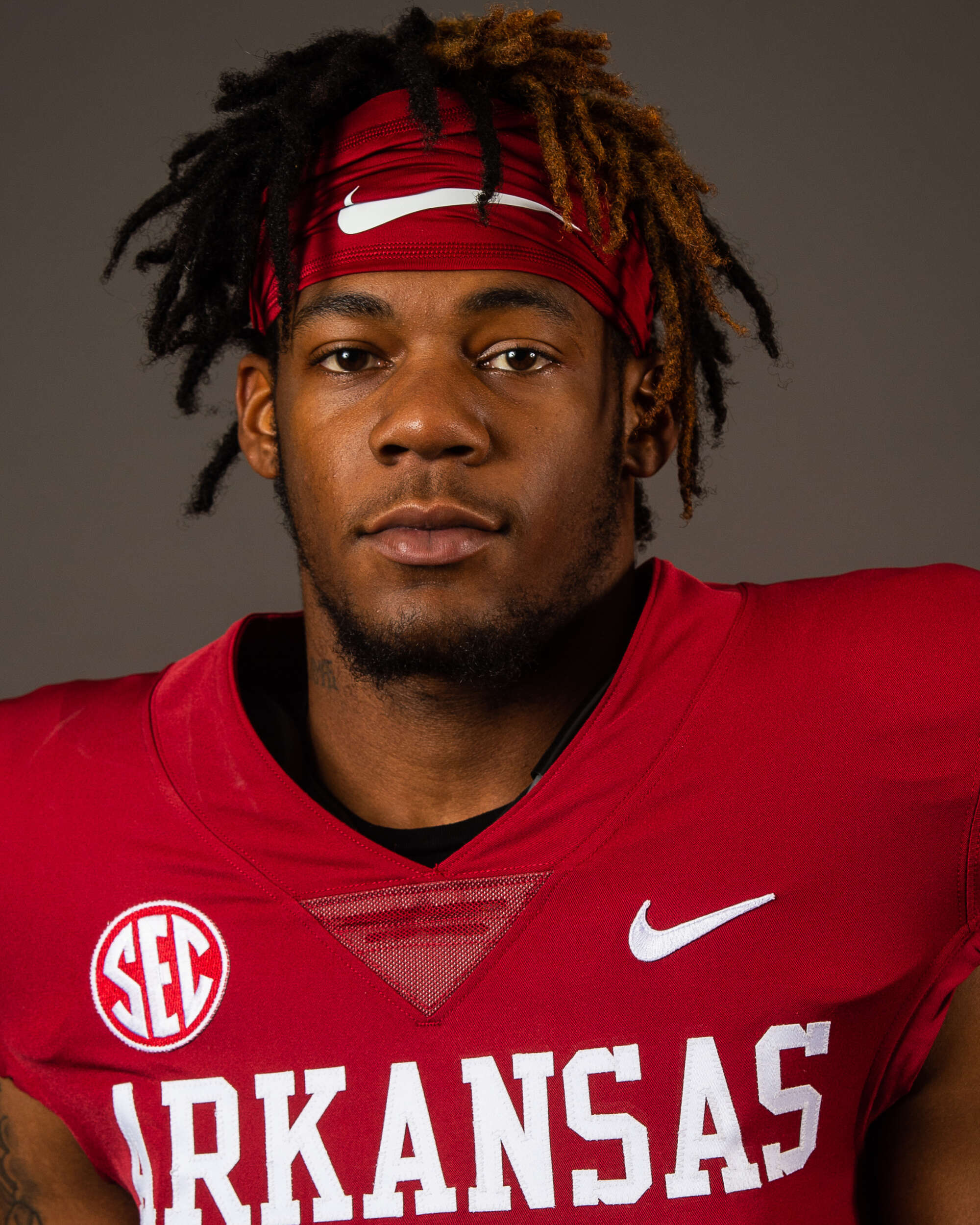 2021 (FRESHMAN): Redshirt during his first season … Appeared in one game, making his collegiate debut against Georgia Southern (Sept. 18) and playing in seven offensive snaps … Did not record any statistics.

HIGH SCHOOL: Rated a consensus three-star prospect by 247Sports, Rivals and ESPN … Rated the No. 96 wide receiver in his class and the No. 96 overall player in Texas by 247Sports … Played wide receiver and was a senior captain for head coach Claude Mathis at DeSoto High School … As a senior, made 25 catches for 488 yards (19.5 ypc) and eight touchdowns … Totaled three two-touchdown games against Lake Ridge, Midway and Waco … As a junior, hauled in 28 receptions for 520 yards (18.6 ypc) and seven touchdowns … Made three grabs for a career-high 137 yards and two touchdowns against Mansfield … In his sophomore year, made 29 grabs for 276 yards (9.5 ypc) … CHOSE ARKANSAS OVER: Illinois, Louisville, Northwestern, Oregon State, Houston and others.