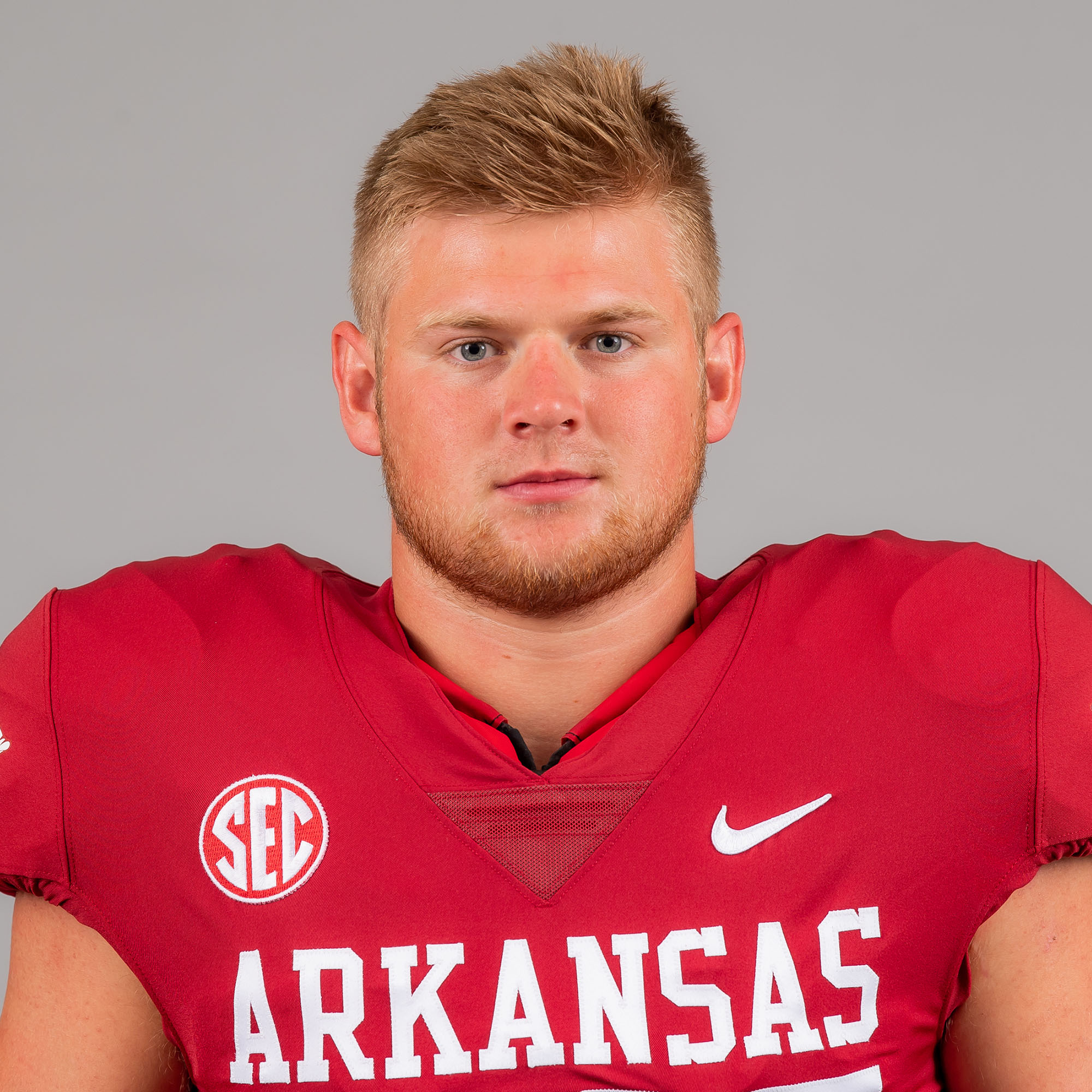 2019 (REDSHIRT FRESHMAN): Played in four games for the Razorbacks in 2019, seeing action against Colorado State (Sept. 14), Western Kentucky (Nov. 9), LSU (Nov. 23) and Missouri (Nov. 29) … Appeared in a total of 16 special teams plays, according to Pro Football Focus … Did not record any statistics.

AT COLORADO: Redshirted his freshman season at Colorado after playing in one game in 2018 … A three-year starter at Friendswood High School in Friendswood, Texas, helping lead his team to the area championship all three years … A first-team All-State, All-Houston Area, Galveston County MVP and District 24-6A MVP selection his senior year … A first-team All-District selection his junior year when he led his team to a 10-3 record … As a senior playing inside linebacker, he posted 193 tackles (130 solo) with 15 tackles for losses and eight sacks … He also had eight quarterback hurries, forced two fumbles, recovered one, had one interception, three pass breakups and blocked a field goal … Junior year he posted 57 tackles playing at outside linebacker, four for losses, two sacks, forced two fumbles, had one interception and one pass breakup … As a sophomore he had 42 tackles at outside linebacker, five for losses and one interception … He played two other CU signees in high school: beating TB Alex Fontenot’s George Ranch High School in the 2016 Texas Class 5A Playoffs and faced OT Frank Fillip’s Clear Lake team all four years of their prep careers, Yurachek’s team winning three of the four matchups … Also played basketball in high school.

PERSONAL: He was born in Franklin, Tenn. on Jan. 6, 2000 … His father, Hunter, is the vice chancellor and athletics director at the University of Arkansas; he played collegiate basketball at Guilford College … Like his father, he too would like to join the athletic administration field after his playing days are over … Older brother, Ryan, played collegiately as a tight end at Marshall where he caught 143 passes for 1,354 yards and 26 TD in his career; in the 2017 Gildan New Mexico Bowl against Colorado State, he caught seven passes for 60 yards and one TD in leading the Thundering Herd to the victory over the Rams … Ryan signed with the Oakland Raiders as an undrafted free agent on June 22, 2018.