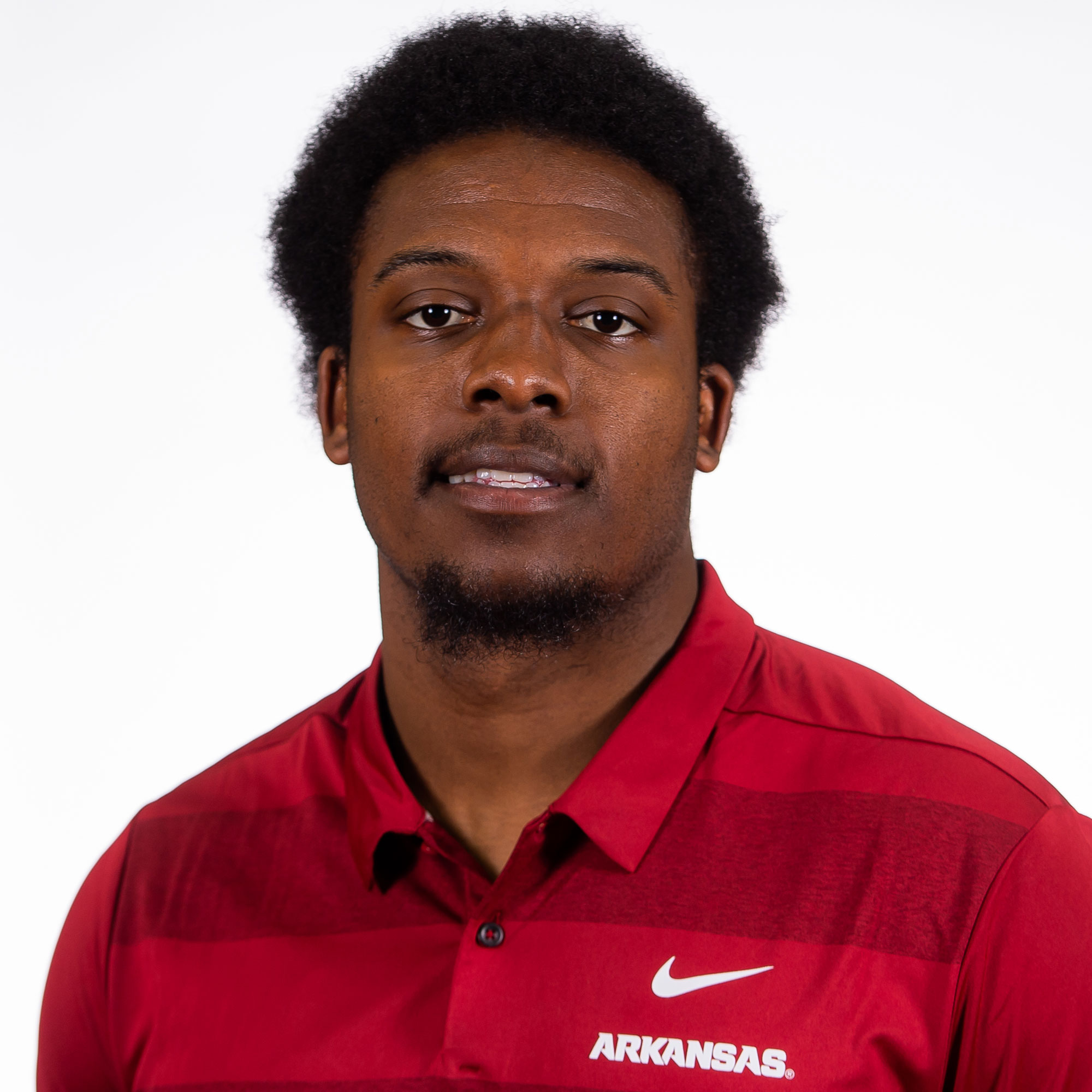 2018 (JUNIOR): Played in 11 of 12 games during his junior season with the Razorbacks, totaling 219 snaps, including 184 on the defensive line, according to Pro Football Focus … Recorded 20 tackles, 11 solo, with one tackle for loss going for five yards coming against Ole Miss on Oct. 13 in Little Rock … Also credited with a quarterback hurry and forced a fumble against the Rebels at War Memorial Stadium … One of 11 Razorbacks with a forced fumble in 2018 and one of four to accomplish the feat in SEC action … Racked up four tackles in the season opener against Eastern Illinois, two solo … Posted multiple-tackle performances in five more games, with back-to-back games of with two solo tackles against LSU (Nov. 10) and on the road at Mississippi State (Nov. 17) … Consistently put together defensive tackling grades in the mid-70s, including a 78.6 mark from PFF in the season opener vs. EIU … Notched a season-best 77.3 grade on defense at Colorado State, wrapping up the 2018 campaign at 65.5 over his 11 games played … Part of a defensive crew that racked up 882 total tackles over the course of the season.

2017 (SOPHOMORE): Missed the first 10 weeks of the season due to a foot injury sustained during fall camp … Saw action on special teams in the last two games of the season against No. 16 Mississippi State (Nov. 18) and Missouri (Nov. 24).

2015 (FRESHMAN): Transitioned from defensive line to tight end during 2016 spring workouts … Redshirted during initial year with the program.

HIGH SCHOOL: A consensus four-star prospect by Rivals, ESPN, Scout and 247Sports … Ranked the No. 172 player in the nation, the No. 17 defensive end and second-best player in the state of Arkansas by Scout … Listed at No. 238 in the Rivals250, the No. 4 player in Arkansas and No. 11 weak side defensive end in the country according to Rivals … ESPN ranked him at No. 274 in the ESPN 300, the No. 24 defensive end nationally and the No. 4 player from Arkansas … Ranked the No. 4 player in Arkansas and No. 15 strong side defensive end in the nation by 247Sports … The No. 219 player nationally, No. 13 strong side defensive end and No. 4 player in Arkansas according to 247Sports Composite, a combined index of national recruiting rankings … As the No. 4 player in the Natural 21 by HawgSports.com … Named to the Associated Press Arkansas Super Team at defensive end in 2014 … Earned Arkansas Class 2A Region 8 all-state honors … Recognized on All-ArkansasVarsity.com’s first team as a senior … Helped lead Junction City to the Arkansas class 2A state championship in 2014 … The Junction City defense shut out six opponents en route to a perfect 13-0 record … Totaled 76 tackles, including 12.0 for loss, seven sacks and one fumble recovery as a senior … Also caught nine passes for 131 yards (14.6 avg.) and two touchdowns on offense … As a junior, tallied 93 tackles, including 15.0 for loss, and four sacks … Posted 81 tackles, including 12.0 for loss and two interceptions as a sophomore in 2012 … Won three state championships during his high school career … Also played basketball and ran track … Coached by David Carpenter … Chose Arkansas over Louisville, Auburn, Tennessee, Ole Miss and Mississippi State.