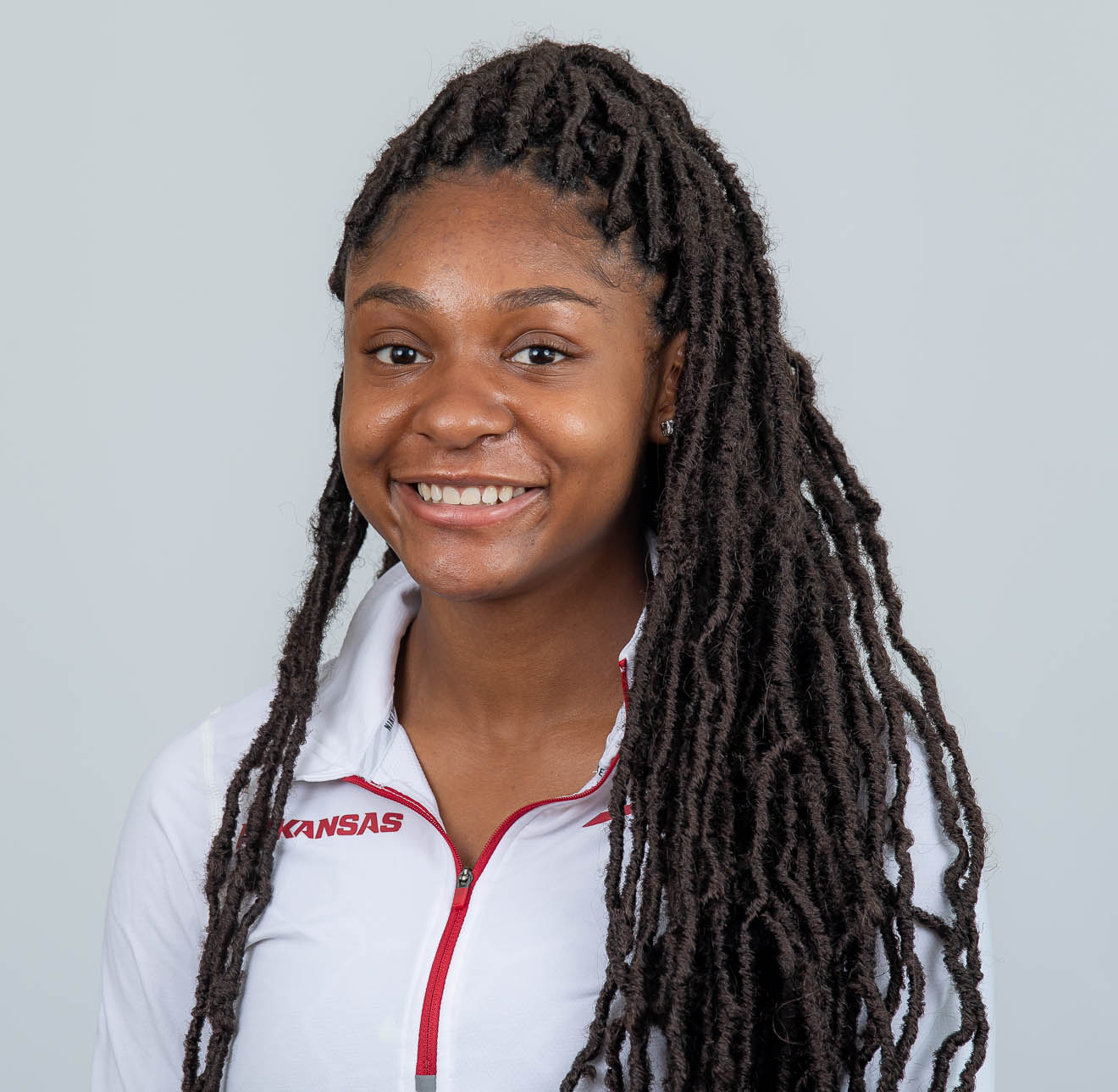 Jayla R Hollis was born September 3, 2002 in Dallas, Texas … Hometown is Lancaster, Texas … Daughter of Timothy and Dottie Hollis … Has two brothers, Jordan and Jarad … Jordan competes in track and field at Purdue … Majoring in Exercise Science … Career plans include medical school, with an ambition to become a neonatal doctor … Favorite athlete is Brianna McNeal, the 2016 Olympic champion and 2013 World champion in the 100m hurdles … Person she most admires is God … Musically oriented, loves to shop and on A honor roll … Chose Arkansas since it felt like home and loved the team and staff.