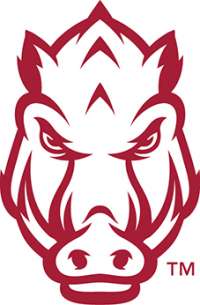 HIGH SCHOOL: Consensus three-star prospect according to 247Sports, Rivals and ESPN … Rated the No. 8 player in Missouri by ESPN … Rated the No. 51 outside linebacker in his class … Played both linebacker and running back for head coach William Lowe at Lincoln College Prep … As a senior made 91 tackles, 17.0 tackles for loss, two interceptions with a touchdown and one fumble recovery … Rushed for 441 yards (12.6 ypc) and seven touchdowns, and also had seven catches for 111 yards (15.9 ypc) and a score … His junior season, totaled 150 tackles, 18.0 tackles for loss, 5.0 sacks, an interception and a forced fumble for 12-1 Lincoln College Prep … Named the Ronald Warren Outstanding Linebacker by the Kansas City Football Coaches Association … Offensive coordinator in high school was Donnell Fletcher, a former Arkansas running back (1995-96) … CHOSE ARKANSAS OVER: Iowa State, Kansas State, Kansas, Washington State and others.