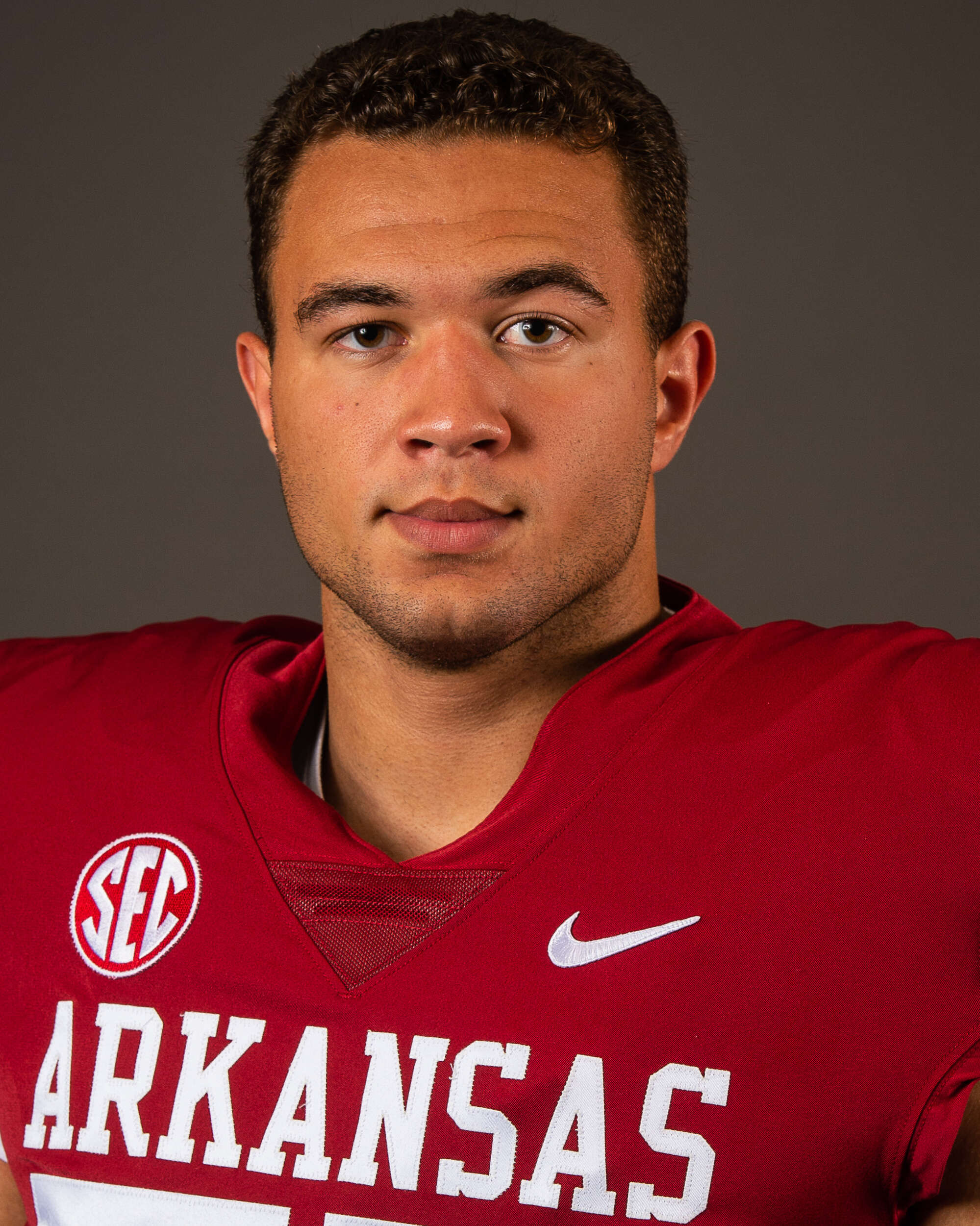 HIGH SCHOOL: Enrolled early and participated in spring practices … Rated a three-star prospect by 247Sports and Rivals … According to Rivals, rated the No. 8 player in Arkansas and No. 44 strongside defensive end in the country … Played for head coach Lee Larkan at Greenland HS in Greenland, Ark. … As a senior made 63 tackles, 10.0 tackles for loss and 3.0 sacks … In his junior season posted 66 tackles with 13.5 tackles for loss, 8.0 sacks and one forced fumble … Helped the team to a 9-3 record and a state playoff appearance … As a sophomore, tallied 33 tackles, 2.0 tackles for loss and 1.0 sack … First student-athlete from Greenland HS to receive a football scholarship from Arkansas … CHOSE ARKANSAS OVER: Kansas, Arkansas State, Akron and others.