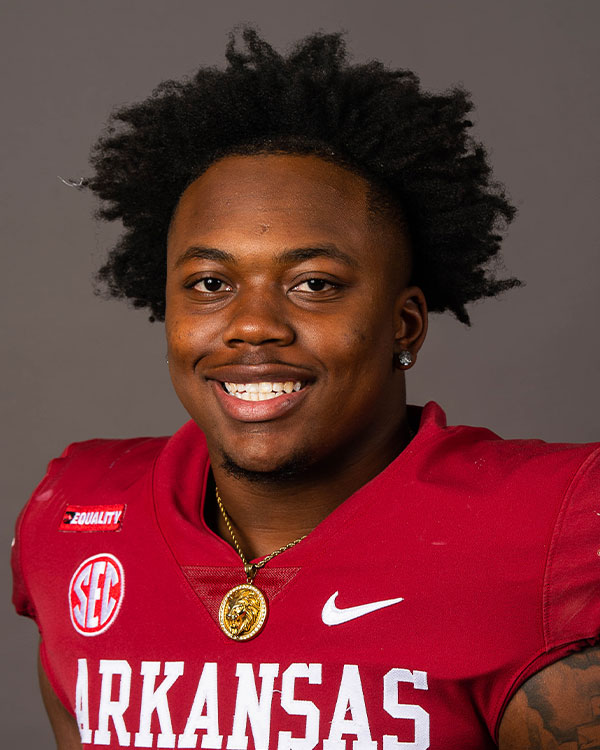 HIGH SCHOOL: A consensus three-star prospect according to 247Sports, Rivals and ESPN … Rated the No. 56 player in Texas and No. 10 inside linebacker in the country by Rivals … Named the No. 9 player in the Dallas Morning News’ Top 50 area recruits for the Class of 2022 … Will appear in the state championship for a 13-win Duncanville team … Logged 98 tackles with 10.5 tackles for loss, 4.5 sacks, two passes broken up, three forced fumbles and three interceptions with two touchdown returns … As a junior recorded 93 tackles, 7.0 tackles for loss, 6.0 sacks and three interceptions, returning two of his picks for touchdowns … Named to The Dallas Morning News all-area first team … Helped Duncanville to a 10-2 record and a state semifinal appearance … CHOSE ARKANSAS OVER: Oklahoma State, Missouri, Baylor, Nebraska, Michigan and others.