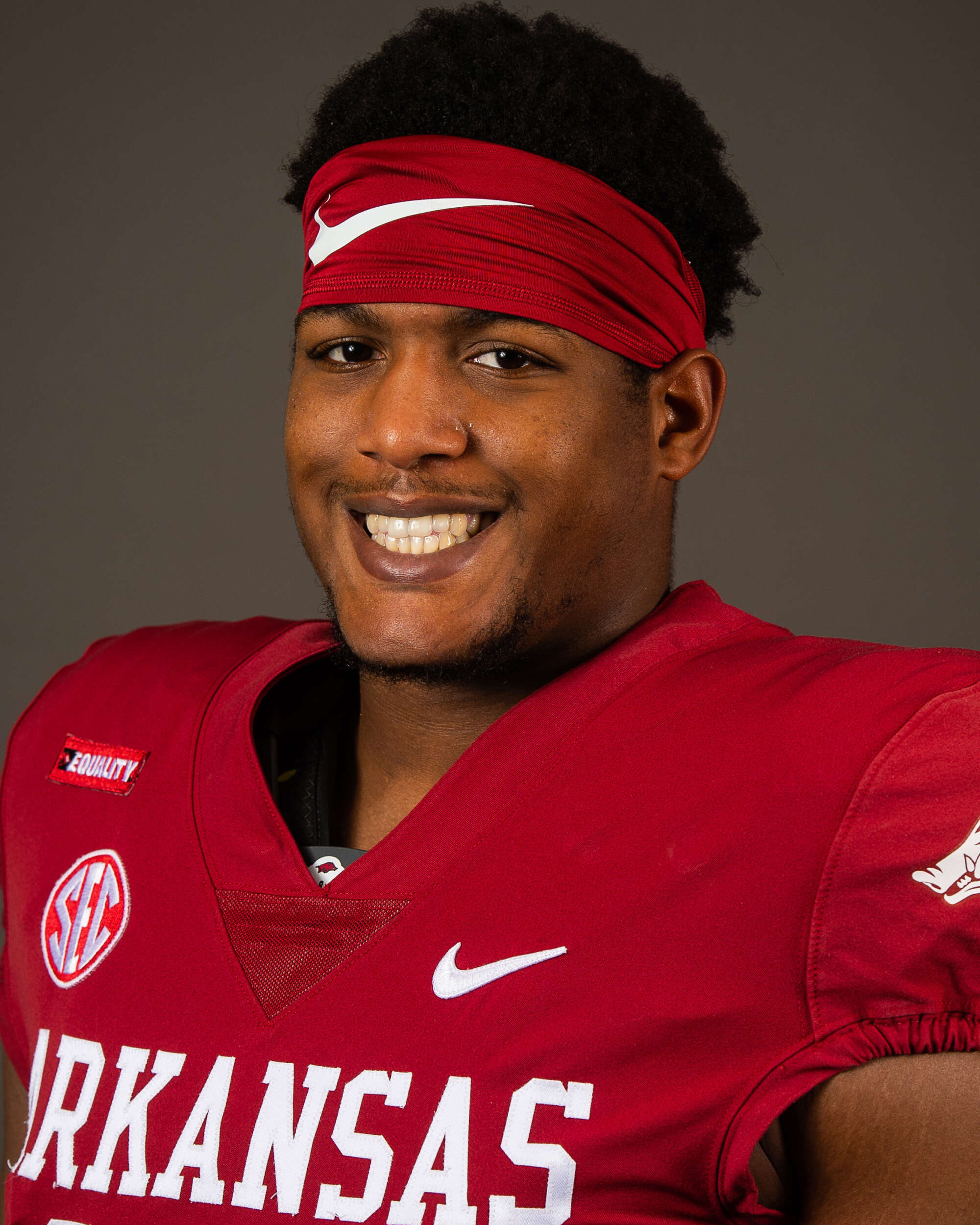 2020 (REDSHIRT SOPHOMORE): Saw action in nine games with four starts at defensive end … Led Georgia Tech in sacks (4) and ranked second on the team in tackles for loss (8.5) … Was credited with a 15.2% pressure rate according to ESPN Stats and Info, which ranked eighth among all Power Five conference student-athletes … Became one of only 24 Power Five players over the past three seasons with a pressure rate of 15% or higher … 15.2% pressure rate was tops among ACC players that return in 2021 (next highest: 11.8% by Clemson’s K.J. Henry) … 26 total pressures ranked second among ACC players that return in 2021 (behind only North Carolina’s Tomon Fox – 27) … Ranked seventh on the team overall and tops among defensive linemen with 35 total tackles … Tied for the team lead with three forced fumbles and two fumble recoveries … Had at least three tackles in all nine games … Forced a fumble in season-opening win at Florida State (Sept. 12) … Recorded two tackles for loss and a sack at Syracuse (Sept. 26) … Forced and recovered a fumble to go along with a season-high six total tackles and a sack in nationally televised primetime win over Louisville (Oct. 9) … Totaled 16 tackles and 5.5 tackles for loss over his final four games of the season … Turned in his best performance of the season with five tackles, two sacks and 2.5 tackles for loss, including a strip sack in the end zone that he recovered himself for a touchdown during win over Duke (Nov. 28) … Named ACC Defensive Lineman of the Week for the second time in his career following the stellar showing against Duke.

2019 (REDSHIRT FRESHMAN): Appeared in seven games, including starting the final three games of the season at defensive end … Despite limited action, finished fourth among defensive linemen with 25 tackles (12 solo) … Finished with 3.5 tackles-for-loss for 19 yards, including 16 yards off 1.5 sacks … Came up with a huge 11-yard sack in the third quarter at Miami (Fla.) (Oct. 12) en route to an eventual 28-21 overtime victory … Recorded seven tackles (six assisted) at Virginia (Nov. 9) … Took down five offensive players (three solo) against Virginia Tech (Nov. 16), including 1.0 tackles for loss for 6 yards and 0.5 sack for 5 yards … Exploded for a career-high 10 tackles (five solo) in the primetime game against NC State (Nov. 21), where he also totaled a career-high 1.5 tackles-for-loss for 2 yards.

2018 (FRESHMAN): Redshirted due to only seeing action in three games, the first three contests of the year vs. Alcorn State (Sept. 1), at USF (Sept. 8) and at Pitt (Sept. 15) … Recorded five tackles in three games … Registered four tackles in extensive action at USF … Had one stop at Pitt … Was one of 13 true freshmen to see game action for the Yellow Jackets.

PERSONAL: Middle of three siblings … Father, James, played football at Bethel College (1987) before transferring to Florida for two seasons (1988-89) … Jordan is a fan of Japanese animation, Anime … Majoring in business administration … Planning on a career in medicine.