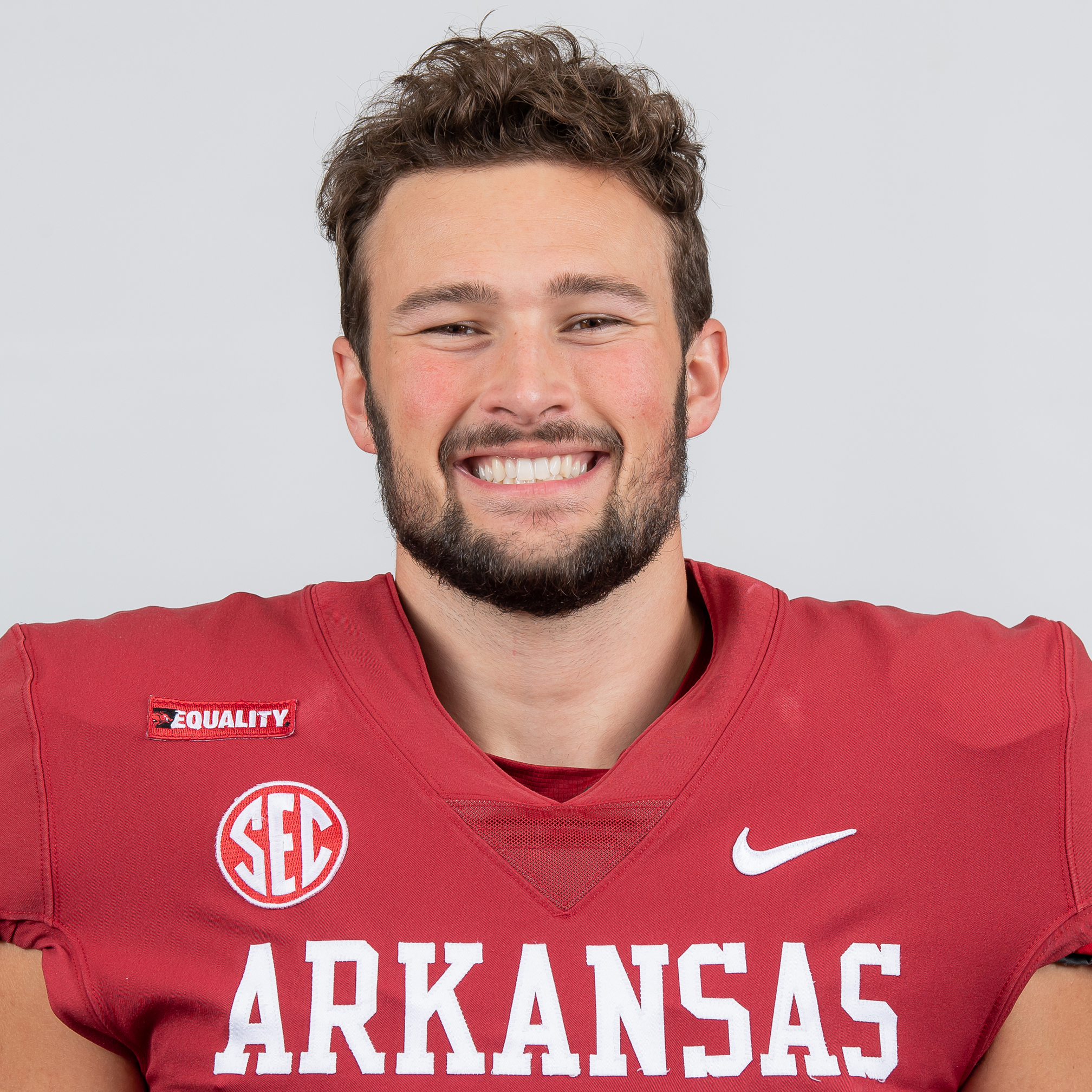 2021 (REDSHIRT SENIOR): Wrapped up a remarkably steady career as the Razorbacks’ long snapper receiving First-Team All-SEC honors from Phil Steele as the league’s best long snapper … Followed the season with an impressive showing at the Senior Bowl and East-West Shrine Game.

2019 (REDSHIRT SOPHOMORE): Played in all 12 games for the Razorbacks in 2019, serving as the team’s long snapper on field goal/extra point plays, as well as punts … Totaled 112 snaps, according to Pro Football Focus … Recovered one fumble on a muffed punt against Mississippi State on Nov. 2 … First fumble recovery of his career.

2018 (REDSHIRT FRESHMAN): Played in all 12 games for the Razorbacks in 2018 as the team’s long snapper … Totaled 112 snaps according to Pro Football Focus, 70 coming in punt coverage and 42 on field goal/extra point plays … Did not record any statistics, but finished with a special teams grade of 77.2 for the season from PFF.

HIGH SCHOOL: Rated as a five-star prospect and the No. 13 long snapper in the class according to Kohl’s Kicking, the premier specialist program in the country … Under Armour All-America honorable mention … Snapped 44 times as a senior … Attended the National Invitational Scholarship Camp, which is America’s largest camp for kickers, punters and snappers … Earned a spot in the final Under Armour Competition at the camp after he scored on 10 of his 12 snaps with an average snap time of .68 seconds … His snaps to a punter have been regularly clocked at 38 mph … Chose Arkansas over Oklahoma State, Oklahoma and Baylor.

PERSONAL: Born on March 8, 1998 … Son of Lynnie and John Silver … Has one brother, Justin … Chemistry major.